Can Private Blockchains Coexist with Bitcoin? 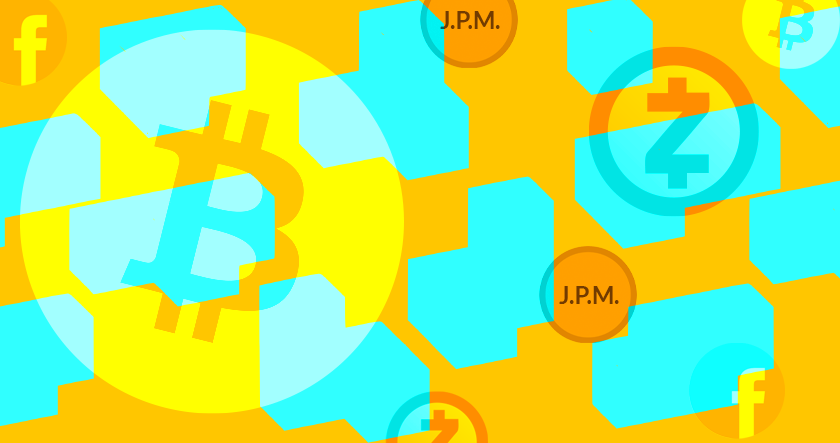 Ever since their inception, cryptocurrencies and blockchain ledgers have been associated with decentralization. This feature remains one of the fundamental pillars of nearly every token, true to the original intent of Bitcoin’s creator.

And while banks and other large enterprises have been relatively lukewarm towards the idea of integrating Bitcoin and other cryptocurrencies as part of their service, the underlying technology has very much caught their attention. Blockchain tech has been lauded as a way of revitalizing standard methods of data transfer and storage, along with making significant security improvements.

Now, the infrastructure shift in favor of blockchain appears to have begun, albeit in a way that might upset some cryptocurrency purists. The perks of public blockchains are well-known: transactions offer almost complete anonymity and are tamper-proof, meaning that a completed transfer can’t be altered in any way. For banks and similar institutions, however, there are certain drawbacks to this public model.

Multiple institutions are looking to create their own blockchains in order to mimic a public ledger for in-company use, and the well-funded startup Offchain Labs is looking to make this happen sooner rather than later, reports TechCrunch. Their latest seed round netted $3.7M in investments, likely owing in part to the credentials of the startup’s founders. The Arbitrum platform, spearheaded by Offchain co-founder Ed Felten, a computer science professor at Princeton, is looking to offer enterprises all the perks of a public blockchain but with a few tweaks. The benefits of a private blockchain include faster transactions, access control and greater assurances in regards to validation of contracts.

The project would be an upgrade over the kind of private blockchain that JPMorgan already utilizes for its coin, although the principle would be the same. Current private blockchains essentially function as a replacement method for an institution’s data storage and money transfer, requiring them to be governed by a single entity for customization purposes.

In the crypto community, private blockchains have raised the issue of centralization, which some believe goes against much of what cryptocurrencies are about. Yet those who are skeptical of blockchain privatization neglect what enterprise adoption means for the technology as a whole.

In their own way, private and public institutions have given an important nod to cryptocurrencies, which were viewed as a fringe asset not too long ago. The introduction of private blockchain ledgers into corporate and government offices, which have a specific function, may not necessarily dampen the general use of Bitcoin and other popular public cryptocurrencies.

Instead, private blockchains provide additional foundation for the crypto market as major bankers begin to send and receive money in the same way that a crypto enthusiast would. Moreover, the adoption of blockchain tech in finance, health care and manufacturing will support its status as a technology of the future.

As TechRadar notes, current data processing methods were designed in an era of far less volume, and change will become imperative as the flow of data continues to increase. Blockchains, both public and private, are poised to offer innovative data solutions for the 21st century.