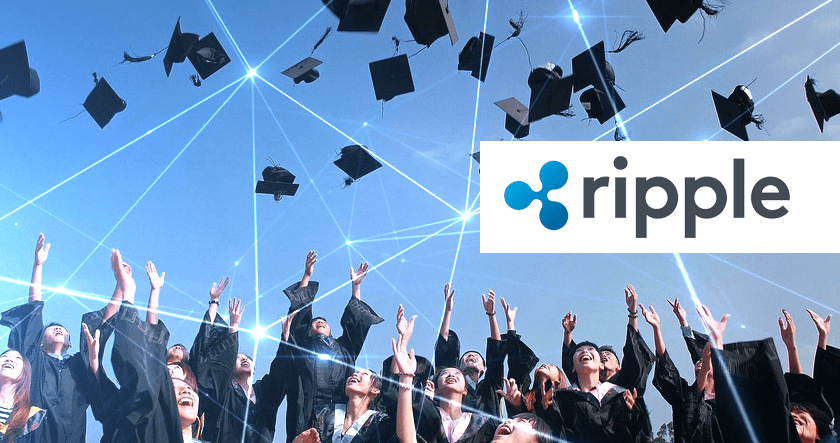 After developing one of the top altcoins on the market, Ripple aims to spread its influence further by funding a major blockchain research effort, reports Coindesk. The company is no stranger to blockchain technology, as their flagship coin currently ranks as the third-largest cryptocurrency by market cap.

And despite their heavy focus on brokering support for XRP with banks and other financial institutions, the firm appears to have shifted its sights toward academia. In a recent announcement, the company unveiled its University Blockchain Research Initiative (UBRI), a promising program that will see numerous top universities receive funding from Ripple for blockchain-based research.

The firm said that it has already provided over $50 million in funding, as well as expertise and resources, to stimulate learning and development in the crypto field. Ripple’s academic partners will include universities from countries all over the globe, such as the U.S., Australia, the U.K., Brazil and South Korea.

The diverse list of schools includes some of the most prestigious names in academia, although the UBRI program will vary significantly between universities. For example, Princeton University will be tasked with looking into the effect of cr ypto assets on policies, while the University of Pennsylvania will provide UBRI scholarships to students involved in blockchain tech.

In their announcement, Ripple spared no optimism as they outlined the ambitious plans for the UBRI program. Through it, the company hopes to expand the number of crypto-related courses and other options for students in a time when interest in blockchain is booming.

Ripple also hopes that the increase in academic focus on cryptocurrencies will pave the way for new and exciting innovations in the field. Regarding the choice of funding, Ripple said that universities are more rigorous and independent compared to the private sector and can potentially provide greater blockchain developments. Another motive for the company lies in the desire to mold a more crypto-savvy workforce.

The partnership marks an important meeting point between tech companies of the future and traditional academic institutions, as both work together to make cryptocurrencies more ubiquitous and innovations more frequent. It comes during a time when the crypto field is seeing support not just from financial institutions, but also top schools that wish to provide the most advanced curriculum possible. Representatives of numerous schools and universities have stated that crypto assets are already important enough to warrant their own lectures, and the number of institutions on board with Ripple’s endeavor appears to confirm this.

Ripple is not only forging partnerships with academic institutions and other companies but with governments as well. Read about the agreement that Ripple entered into with Saudi Arabia to help improve that country’s banking infrastructure.