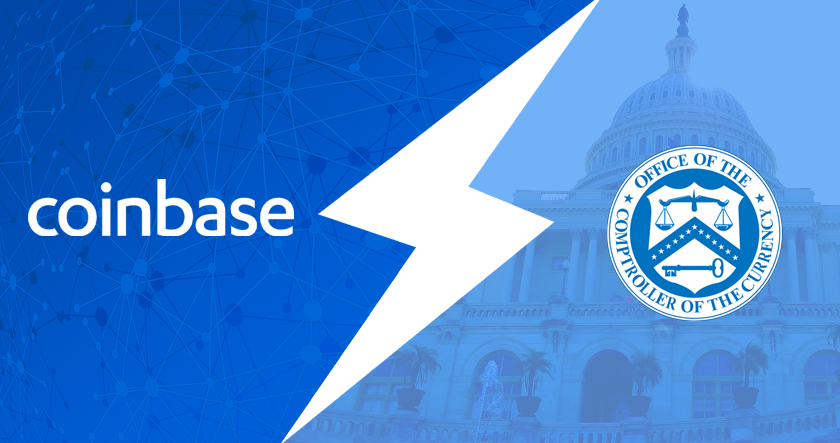 Brian Brooks, former Chief Legal Officer at Coinbase, has made a career move that’s likely to make even bigger waves in the crypto market than his previous position.

With Brooks acting as its CLO since September 2018, Coinbase had become one of the largest crypto exchanges in the world. But now, the latest announcement by the Office of the Comptroller of the Currency reveals that Brooks will be assuming a second-in-command role at the OCC, positioning him behind current office chief Joseph Otting. Otting, who was nominated for the Comptroller position by President Trump and sworn September 2017, issued a statement praising Brooks’ diligence and experience.

In the statement, Otting described Brooks as someone with a deep understanding of the financial system who will be a tremendous asset to the office. U.S. Treasury Secretary Steven Mnuchin, who designated Brooks as OCC’s co-chief effective April 1, 2020, said he looks forward to working with Brooks on maintaining the stability of the financial system. Coinbase’s statement regarding the departure of their CLO also spoke highly of Brooks’ work while adding that he was invaluable in his role of bridging the gap between the crypto industry and U.S. lawmakers.

Brooks’ accolades are well-deserved, as his experience stretches far beyond his tenure at Coinbase. Prior to his appointment as Coinbase’s CLO, Brooks served as vice-president at the Federal National Mortgage Association (FNMA), more commonly known as Fannie Mae.

Brooks’ appointment as the OCC co-chief is especially notable given its timing. Over the past few months, there has been a growing desire for clearer crypto regulations and controls, both among industry participants and lawmakers themselves. This was exemplified by the crypto summit recently held by the IRS in D.C., where some of the top experts in the industry were invited to a series of talking panels with the goal of giving lawmakers a greater understanding of the crypto space.

Furthermore, foreign and domestic officials have been pushing the U.S. government to partially digitize the dollar, both for reasons relating to technological advancements and a need to stabilize the market through competition in response to China’s digital yuan. Brooks has addressed the subject directly in a Forbes piece from 2019, stating that the digital dollar should come as a blend of public-sector policy and private-sector technology.

Given the OCC’s role as a wholesome regulator of national banks, it will be interesting to see what a crypto legal expert can do when it comes to improving legislation as well as expediting the creation of a digital greenback.