Will the Dollar Lose Dominance to China’s Digital Yuan? 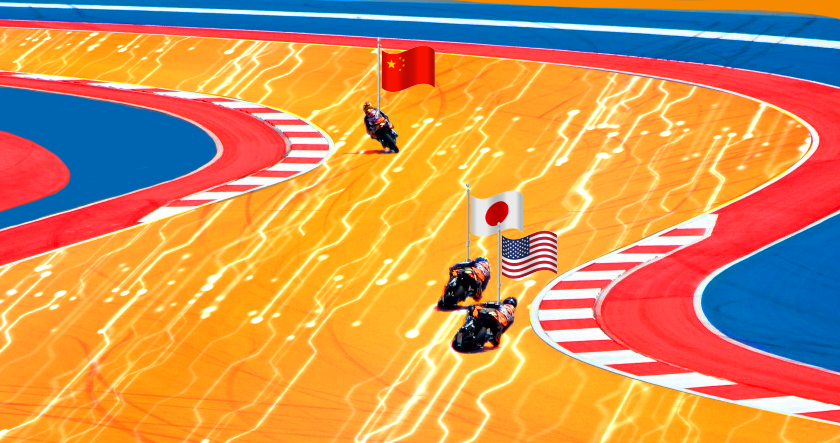 Reminiscent of the Space Race from the 1950s and 1960s, the 2020s seem to be shaping up the start of a digital currency race. The drive to stay ahead of the pack regarding technological development was palpable in a recent statement from the Trump administration, where White House adviser and U.S. Chief Technology Officer Michael Kratsios revealed that U.S. development of AI and quantum technologies will be bolstered by a significant budget. Although no figures have been confirmed thus far, speculators believe that the government will pour more than $1 billion into AI research and roughly $850 million into quantum sciences over the next two years.

Yet, according to Forbes contributor Billy Bambrough, the U.S. may be overlooking an exceedingly important technological sector and could soon be compelled to match both private and sovereign competitors on the digital currency playground. China’s announcement that its central bank may be steps away from issuing a digital yuan has caused quite a stir. Among other things, some have expressed concerns that a digital yuan would allow China to dominate the global financial stage, especially in the absence of rival Central Bank Digital Currencies (CBDCs).

Similarly, Facebook’s Libra generated a sizeable amount of skepticism among U.S. lawmakers in 2019, as the centralized cryptocurrency could see use by two-thirds of the world’s population and therefore cause just as much disruption to global finance. And while numerous countries are looking into issuing their own CBDCs, China’s front-running Digital Currency Electronic Payment (DCEP) could push the U.S. to expedite the development of a digital dollar.

Top U.S. officials have likewise revealed that the concept of a digital greenback is under thoughtful consideration. Federal Reserve Chairman Jerome Powell confirmed as much in a November letter to lawmakers, while Christopher Giancarlo, former chairman of the Commodity Futures Trading Commission, launched the Digital Dollar Foundation to assess and possibly design a digital dollar.

Bambrough, however, believes that the U.S. should be considerably more committed to creating its own CBDC to prevent either Libra or the digital yuan from gaining too much of a foothold. Japan, another country known for its technological innovations, seems to concur. Norihiro Nakayama, a member of Japan’s ruling party, recently stated that the digital yuan could disturb the greenback’s role as the global reserve currency unless the latter is promptly digitalized. Nakayama expressed similar concerns in regards to financial domination, stating that the Japanese government is intent on issuing a digital yen along with cooperating with the U.S. in order to temper the possibility of an overbearing digital yuan. Leaders in Tokyo are even going as far as to lobby the U.S. to make sovereign digital currencies a focal point of the next G7 meeting.

The Trump administration’s promise to lead the way in terms of technological advancement could perhaps best be expressed by a rapid motion to digitalize the greenback, as it would help stabilize global finance and counter Libra and DCEP’s influence. While it’s unclear how soon we might see a digital dollar and what technology it will use, cryptocurrency holders should look forward to any CBDC developments, as Bambrough notes that Facebook’s work on Libra gave decentralized cryptos a major boost in the first half of 2019.