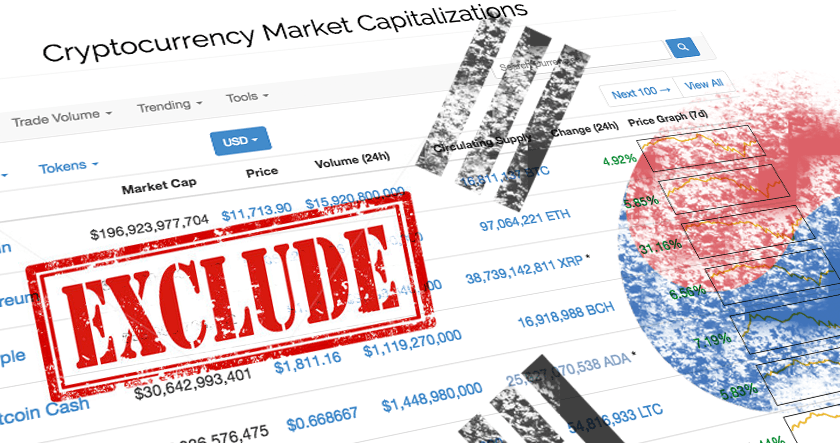 In recent months, there have been a number of events that have caused short-term volatility in cryptocurrency markets. These have included suggestions of increased regulation around cryptocurrency trading by certain Asian governments and, more simply, short-term traders exiting the market to realize substantial gains.

On January 8, it happened yet again, when there was what looked at first to be a substantial selloff. The fall in prices appeared to be driven by a decision taken by CoinMarketCap, a widely used price source for market watchers, to revise the valuation methodology it uses for the coins it provides pricing data for.

This created short-term confusion and concern for traders of cryptocurrency, but in reality, it was a sensible adjustment that could lead to greater long-term price stability.

Why was this decision made?

At present, there can be a substantial variation in prices between different exchanges, so a resource like CoinMarketCap, which aggregates prices, is a welcome resource.

This is why we should view the decision by CoinMarketCap as a good thing, as it offers its readership more reliable pricing data. Ultimately, it’s a sign of the market maturing as the pricing for cryptocurrency assets gets more accurate.

Will there be continued volatility?

While there may be some continued short-term volatility because of this decision and other similar decisions (along with events yet to happen), in the long term these events will have little impact.

Adoption of cryptocurrencies for use in the real economy is continuing. Bitcoin is well established, with many merchants now accepting it as a form of payment. Many companies are even allowing their employees to take their salary in the form of Bitcoin.

Innovation is continuing with cryptocurrencies being developed in ways that could provide valuable services to billions of unbanked people around the world along with much faster transactions for the rest of global business.

In the decades ahead, the growing adoption for day-to-day use will increase the supply of capital that is capable of entering the market. This is not science fiction; the coins are already being used and with wider awareness of the benefits growing all the time, so the long-term future is indeed bright.

There is likely to be a fundamental change in the way capital is moved across the globe driven by this exciting new technology.

While there may be more events on par with what happened with CoinMarketCap that cause difficulties for short-term traders, the development and growth of a fundamental improvement to the global financial system will continue in the decades ahead.

The use and levels of adoption we can see now are only the ‘tip of the iceberg’ for what this technology can deliver. Sometimes it’s difficult to see the forest for the trees, so I always encourage people to take a step back to remind themselves where we are on the adoption curve. Think about the fact that we’re only 12 months into mainstream fascination with this asset, and there is still so much more development to come.

What should I do going forward?

Dips in prices like what we’ve seen in the case with CoinMarketCap should be seen as opportunities rather than a signal to sell. If you see a period of volatility, ask yourself these three questions before you decide what action to take:

If the answer is no, and your conviction in cryptocurrency is already firm, then you should have no reason to change your viewpoint. Instead, simply view such short-term volatility as inevitable for this growing technology.

While it may seem difficult at times to hold on in the face of very volatile markets, remember that this is the beginning of a financial revolution, and you are potentially getting in on the ground floor.

In the long term, a solution that moves capital faster, cheaper and with greater transparency is sure to be a solid piece of our increasingly technological world.