Beat the Financial Collapse by Combining Crypto with This 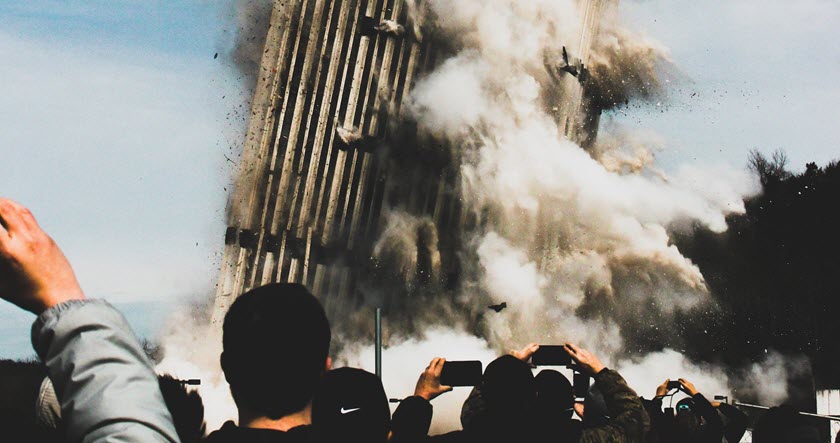 When we first opened our doors, cryptocurrencies in retirement savings were mostly an edgy, almost-novelty idea. Digital currency IRAs were, for the most part, unheard of.

As of last year, a shocking 44% of Americans with IRAs have invested in cryptocurrency. (Another 25% said they wanted to, but thought it was too complicated – fortunately for them, My BitIRA makes managing a digital IRA easier than paying the phone bill.)

If it’s not in hope of huge gains, why are so many Americans planning for (or already in) retirement investing in cryptocurrencies?

We’re in a time of peak financial stress

An overview on Cointelegraph, which draws many comparisons between Bitcoin and gold investment, outlines what gold investors already know: the current structure, where we save money for retirement and invest it into (at best) a dozen-odd à la carte mutual funds picked randomly by our employers, isn’t working. Throw in a bear market in stocks, forty-year-high inflation globally and what the Wall Street Journal called “the worst bond market since 1842”…

It’s not a pretty picture!

Without access to what the financial industry dismisses as “alternative assets,” our retirement balances are taking a huge hit.

Fidelity’s announcement that they will natively offer bitcoin in one of their 401(k) plans was met with no shortage of FUD. The U.S. Labor Department expressed concerns, and the media was more than happy to repeat those talking points.

But how well are traditional, non-alternative retirement plans performing?

Here’s why we need alternatives

So far this year, 88% of the largest 401(k) options nationwide are down double digits. That’s simply astonishing.

Inflation and stock market turbulence were both listed as the culprits, and we don’t seem to have a solution for either. Holding cash is becoming pricey on its own due to inflation, government bonds aren’t looking attractive to say the least, and “housing bubble” is a trending term.

In an environment like this, investing in alternative assets like crypto does come off as a necessity as opposed to a choice. The retirement crypto investor these days is no longer making the move into digital assets out of speculative interest in lofty gains. Rather, they are more likely doing it in a bid to ensure any kind of performance or gains to begin with.

The supposed drawbacks of investing in crypto purported in the mainstream media come in the form of volatility and uncertainty. Sure, the crypto market doesn’t lack either of these. Making this argument, however, begets the question: compared to what? It’s not like the stock market ever lacked risk or volatility. Stocks, bonds and cash have all reminded us that the most traditional asset classes can be as volatile and unpredictable as the riskiest alternative hedge one can think of.

Fidelity’s desire to allow employers to allocate up to 20% of the retirement plan portfolio to Bitcoin is indicative of a trend. While there has been plenty of interest in bitcoin among investors, we aren’t entirely sure that interest alone is what drove this decision. The more plausible scenario is that Fidelity’s fund drafters looked at the state of assets in existing retirement plans and didn’t like what they saw.

As always, we’re here to provide a middle ground. Perhaps, the last two quarters have established the argument that cryptocurrencies won’t replace retirement savings, nor any specific currency. Perhaps prudent Americans saving for retirement will continue diversifying their retirement savings with this new asset class. Not a 100%, all-or-nothing bet on a future powered by blockchain alone. Rather as a means of capturing the potential growth that cryptocurrencies offer (possibly offsetting the losses we see in 88% of the largest retirement plans…)