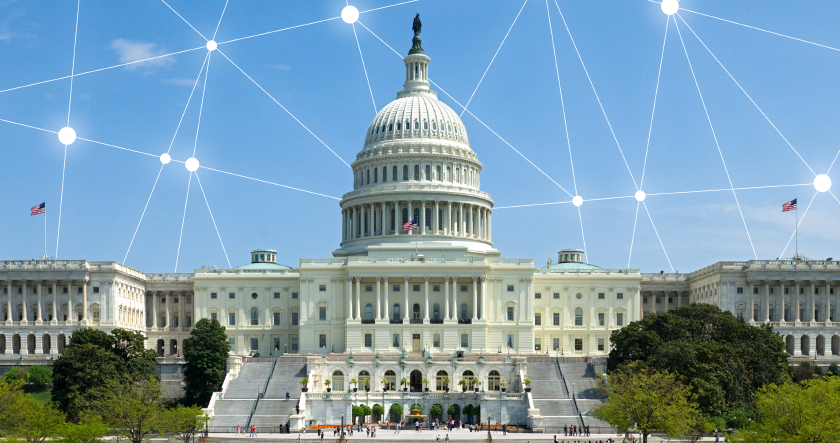 Some months ago, the Trump administration announced that the White House would be allocating a significant budget to research and development of blockchain and similar innovative technologies. Perhaps not coincidentally, the announcement came right as China was preparing to digitalize the yuan, a move that many felt would give the nation too much clout on the global economic stage.

As relations between the U.S. and China continued to deteriorate, the need to compete against the Asian nation’s technological developments became more palpable. Now, officials are no longer mincing words on the issue, as the latest bill introduced by Congress is looking to ensure that the U.S. stays ahead when it comes to all things blockchain.

Congressman Bobby Rush and Congresswoman Cathy McMorris Rodgers introduced the COMPETE (American Competitiveness on More Productive Emerging Tech Economy) bill together with 12 co-sponsors on September 1. The bill has since been approved during a House Energy and Commerce Committee hearing on September 9, making it the fastest bill involving blockchain to be signed into legislation.

Speaking about the bill ahead of its approval, McMorris Rodgers criticized China’s competitive practices on the global stage and stressed that the U.S. must stay ahead when it comes to emerging technologies. While talks of a digital yuan were running hot not too long ago, China has since doubled down on blockchain in a peculiar contrast to its initial clampdown on cryptocurrencies.

The development comes primarily in the form of the Blockchain-based Service Network (BSN), a state-backed network that incentivizes developers from around the world to innovate blockchain distributed applications (DApps) on China’s network. BSN has already been launched and is currently equipped with six public blockchains that include the likes of Ethereum and EOS. As Forbes contributor Jason Brett notes, the move could shift the focus of the internet away from the U.S. and towards China in the absence of a swift response.

With the COMPETE Act now approved, China will face some stiff competition in the field. Four specific points that the act addresses are U.S. blockchain development, a plan of action to advance the position of U.S. businesses on the global stage, a way of preventing foreign influences from overtaking the blockchain marketplace and methods that will help expedite domestic blockchain adoption.

As per Congress’ own words, the bill’s simplified goal is to reduce regulatory barriers that could prevent American development and deployment of these new technologies. Along with blockchain development, the COMPETE Act also encompasses other issues that officials find to be of importance, ranging from 3D printing and upgraded network security to scam protection.