Is Crypto The Ultimate Inflation Hedge In 2023? 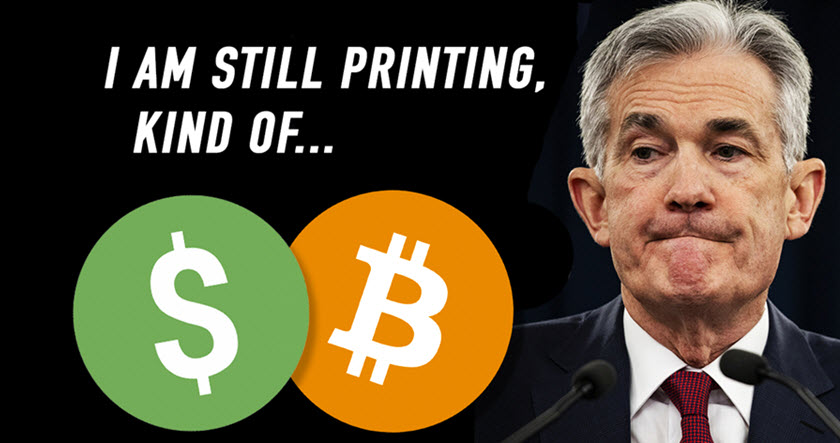 On paper, or more precisely on the screen, bitcoin and many other cryptocurrencies seem like perfect inflation hedges.

In the case of bitcoin, it’s not just the 21 million supply cap that makes it scarcer than even the most popular safe-haven inflation hedges like gold. Like gold, cryptocurrencies are decentralized. That doesn’t make them anti-inflationary forms of money by default. However, decentralization does mean that there’s no single bureaucratic council determining exactly how many trillions of them to mint on any given day.

Inflation is closely linked to central banks and their propensity to monetize sovereign debt. Bitcoin was invented as a dependable refuge from such central bank hijinks.

With that in mind, why isn’t cryptocurrency acting like a hedge against inflation?

Crypto will become an inflation hedge (just not quite yet)

An analysis on Cointelegraph suggests that there are two major hurdles crypto must still clear to become an inflation hedge: widespread adoption and excessive volatility. The second could perhaps be tied to a lack of trust.

As convenient and widespread as crypto already is, it’s still not considered truly ubiquitous like gold. It’s meant to act as a payment method as well as a store of value. Many merchants still lack a crypto plug – and many cryptocurrency investors don’t like the idea of the exchange rate risk of paying for goods and services with a volatile currency.

This moves us to volatility. Crypto is in a somewhat curious position here. Many will say that volatility is one of the best things in the crypto market.

Indeed, it not only allows for massive gains, but also creates numerous entry points for those who might have missed the boat last year, or the year before last.

Still, there’s no denying the psychological effect of seeing your “safe-haven asset” lose 20% in a day. This becomes tougher during crypto’s numerous bear stretches, when even the most-respected cryptocurrencies can lose 60% of their value.

They’ll almost certainly gain it back eventually (they have so far). But that’s small comfort for people looking to protect their wealth right now.

When it comes to inflation protection, one thing cryptocurrencies can’t protect us from is speculative investment bubbles. When central banks worldwide flood the global economy with paper money, that flood of paper money has to go somewhere. Historically, that drives virtually all other financial asset prices up.

Whether that’s a feature or a bug of central banking depends on who you ask. Either way, it’s a reality.

Which points out another benefit cryptocurrencies have over sovereign currencies…

Engineered for inflation, stability or even deflation

A lot of cryptocurrencies remain inflationary in nature – prime examples being Dogecoin and Litecoin. Some 14.4 million DOGE are minted daily. Just like U.S. dollars or euro or Japanese yen, there’s no theoretical upper limit to the total number of DOGE or LTC in circulation. While this is a deliberate feature coded into the cryptocurrencies, infinite inflatability is probably not an intended feature of fiat currencies.

Bitcoin, famously, has a hard cap of 21 million total BTC in circulation – once they’re all mined.

Other cryptocurrencies, notably Pax Gold and stablecoins like DAI and USDC, are backed by assets. They should theoretically be uninflatable unless their operational treasuries receive deposits of additional assets.

For the record, this is how world central banks used to work back in the days of the gold standard. We call money depreciation “inflation” because banks were said to “inflate” or “blow up” their issue of paper money beyond their actual reserves. Reputable stablecoins have audited reserves and are transparent about the assets tied to their cryptocurrency’s value.

Then there are cryptocurrencies whose nature changes over time. Ethereum’s ether cryptocurrency was previously inflationary with no maximum limit.

With the upcoming switch to a Proof of Stake (PoS) model, we fully expect ether to have strong appeal as an inflation hedge. Since last year’s upgrade that introduced the burning of gas fees, ether’s supply growth dropped by more than 50%. Deflationary burning is starting to look more like a norm and (possibly) a necessity for uncapped cryptocurrencies.

What will it take for people to finally cozy up to crypto as an inflation hedge, then?

Trust is a pie with a lot of slices. Despite the almost unbelievable inflation that the greenback has come under, it has actually taken gold’s spot in recent months as a safe-haven. Why and how? For all the distrust in the Federal Reserve and the monetary system, the U.S. dollar is still the global reserve currency and has been that for almost a century in some form.

Gold falls pretty close. It’s non-digital, not typically accepted as a payment method and comes with premiums over spot price. On the other hand, it’s been around for centuries in its unchanging role as an the store of value par excellence.

From here, the answer to why crypto isn’t seen as the go-to inflation hedge presents itself. Storing wealth has to do with trust and track record. Neither of these is spotty. Whether you bought bitcoin in 2010, early 2017 or late 2017, you are either well in the black or at least ahead of the game.

Keep one thought firmly in mind: gold’s day-to-day price fluctuates, too. Sometimes driven by trading, sometimes driven by changes in the U.S. dollar’s value. Does that mean gold itself, the central banker’s store of wealth, is not a hedge against inflation? No – it just means that, over any brief period, prices move.

Zoom out. Think bigger. Ask yourself whether cryptocurrencies will protect you five, ten or thirty years from now. That is the more important consideration, vastly more important than what the crypto market did yesterday.