Ethereum’s Deflationary Upgrade and the Road to 2.0 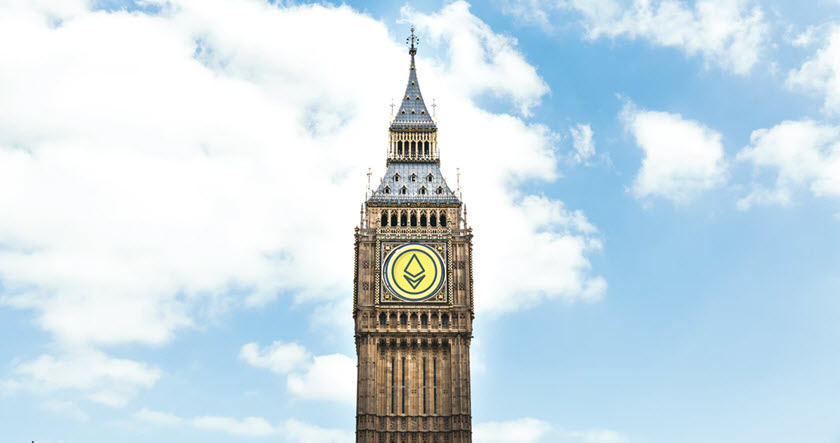 The battle for the top spot between bitcoin and ether rages on, but it seems that the second-most popular token is closing in. In terms of market capitalization, at the moment bitcoin’s 45% market share still far outstrips ETH’s 19.3% share. However, investor interest and trading volume tell a different story.

As Coinbase reported, ether trades accounted for 26% of the overall volume on the exchange compared to 24% for bitcoin.

Not many believe that bitcoin’s bottom line as a store-of-value cryptocurrency can be matched, and with good reason. Bitcoin will always have the first-mover advantage and still enjoys significant name recognition (many people persist in using the words “cryptocurrency” and “bitcoin” interchangeably). For any number of reasons, bitcoin has taken a back seat as the cryptocurrency of choice for everyday transactions.

Those transacting cryptocurrency prefer faster tokens that are either ETH, or run on the Ethereum network. For quite a while now, many cryptocurrency investors consider bitcoin almost exclusively a store of value asset not unlike gold. (And just like you’d never spend your American gold eagle at its $50 face value, most people wouldn’t use their bitcoin to buy pizza.)

Ethereum’s latest updates may change this, however…

The latest update to the Ethereum network, called EIP-1559 or the “London hard fork”, is the eleventh major change to the network. This protocol update aims to introduce a more stable and consistent fee structure.

The EIP-1559 release addresses one of Ethereum’s core issues, inflation, by burning the tokens paid as gas fees. (At least $67 million ETH were sent to the pyre so far.) Some estimate that as many as 3,000 to 6,000 ETH tokens might be burned every day, which would introduce a deflationary effect and obviously make way for a major price boost.

For the average holder or trader, the update should result in a simpler fee structure, faster transactions and, based on the burn rate alone, price increases.

This upgrade is yet another step towards ETH 2.0, which will turn Ethereum’s structure from proof-of-work (mining) to proof-of-stake (ownership). Those with the most Ethereum “staked” or locked up will become validators and stand to gain a portion of the gas fees collected during ether transactions. There’s speculation that the current “burn all gas fees” policy would, post-2.0, become a “pay half the gas fees to validators and burn the other half,” which remains to be seen. That’s one obvious way to combine a PoS benefit while retaining the deflationary burning measure and for these reasons, we expect this or something similar to come to light.

So, at the moment, we’re in a transitionary phase. ETH is being burned fast, which shrinks the supply. There’s still mining going on, though, which probably outweighs the burning (new ETH are minted daily, and the supply’s grown steadily at about 0.01% per day over the last two months).

And things will change again: In December, the next planned upgrade, EIP-3554, will make ether essentially unmineable.

As you might have guessed, all that burning has already had an impact on ETH price…

Earlier this year, on a combination of a general crypto surge and Ethereum-specific plans, we saw ETH hit an all-time high over $4,200. Recently, after the announcement of EIP-1559, ETH passed $3,200 after lots of lingering around the $2,400 level. The upcoming shift to a PoS system will undoubtedly attract big investors to the project and give it even more credibility. Ethereum owners won’t need a mining rig or a DeFi account to benefit from ownership, either…

All this sounds great, unless you’re an ether miner. They’ve been among the most vocal opponents of the move to the PoS system, as their role will be rendered mostly obsolete. They have some choices, however. Miners could oopt to become PoS validators themselves, or they could move towards mining another PoW cryptocurrency, such as bitcoin or Ethereum Classic (ETC).

The latter, a hard fork of Ethereum that came as a result over these PoW vs. PoS disputes, is the perfect example of how deep the Ethereum project runs and how complex its ecosystem is. ETC has also seen a surge of interest among traders as of late. Between ETH, its main hard fork and the numerous top tokens using the Ethereum network, the Ethereum brand is shaping up to become one that rivals bitcoin. And we all know how important that is when it comes to cryptocurrencies.