Ethereum to Go 99% Greener? Plus, Blockchain and Environment Guide 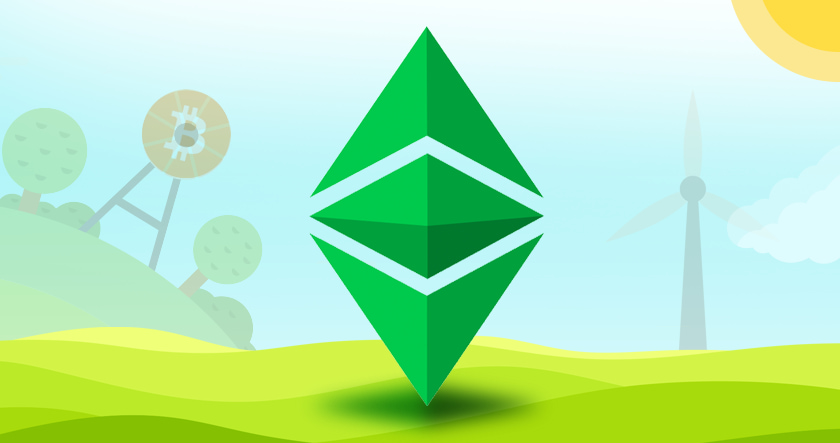 For some, the biggest criticism of cryptocurrencies lies in the amount of energy necessary to mine them. The process of crypto mining remains intrinsically linked to the use of high-end processing machines, which consume a lot of power.

In our Blockchain and the Environment Guide, we sought to dismantle the myth that Bitcoin and other coins are a hazard to our planet. While it’s true that crypto mining invariably consumes a lot of power, many are unaware how blockchain can actually reduce pollution and energy consumption. From giving recycling incentives to rural populations to letting environmental agencies better monitor pollution, there are a myriad of ways through which blockchain can help the Earth rather than harm it.

With their recent efforts, Ethereum founder Vitalik Buterin and his team are looking to go a step further and all but eliminate the negative environmental impact of their token. Ethereum could be the first major cryptocurrency to move from the standard proof-of-work (PoW) mining system to one that revolves around stake, reports CCN.

With PoW, miners have little choice but to seek an edge over other miners by investing in powerful and energy-intensive equipment. A proof-of-stake (PoS) system would completely alter the token’s creation process: instead of relying on computers that consume thousands of watts to validate transactions, the responsibility would fall upon independent, third-party individuals who act as overseers.

To guarantee compliance and honesty, these authenticators would be required to back their claims by placing a certain amount of Ethereum tokens in escrow, so to speak. Being caught cheating would strip one of the staked ether, while confirmed transactions would be appropriately rewarded. Validators would be chosen based on the amount of ether they have staked, minimizing the risk of ill practices.

The idea is considered experimental by most, but several other token developers are racing to alter their network to allow a PoS validation system. Because Ethereum’s built-in smart contract features already facilitate this, the token has emerged as the first choice for a try-out of this radical, and perhaps revolutionary, change to crypto mining.

Proponents claim that the move could cut Ethereum’s energy consumption by 99% without making any compromises in terms of security and functionality. Buterin himself is a big backer of the idea, noting that randomizing the process of choosing validators will greatly lower the chances of dishonesty.

Although validators wouldn’t exactly be compensated for going green, the idea is somewhat reminiscent of another large-scale environmental project involving blockchain-powered rewards. Our Blockchain and the Environment Guide lists the example of the Blockchain for Climate Foundation, which seeks to blend smart contracts with the Paris agreement in order to reward green-compliant countries with blockchain assets.

While these plans could take a bit longer to implement, they are still a beacon of hope for environmentally-inclined crypto investors. A future in which blockchain investment is also an investment for our planet’s health seems closer than ever.

For much more detailed information about how blockchain can help environmental causes, see our guide, How to Invest in the Future of Our Planet Using Blockchain. Also, let us know what you think in the comments below.