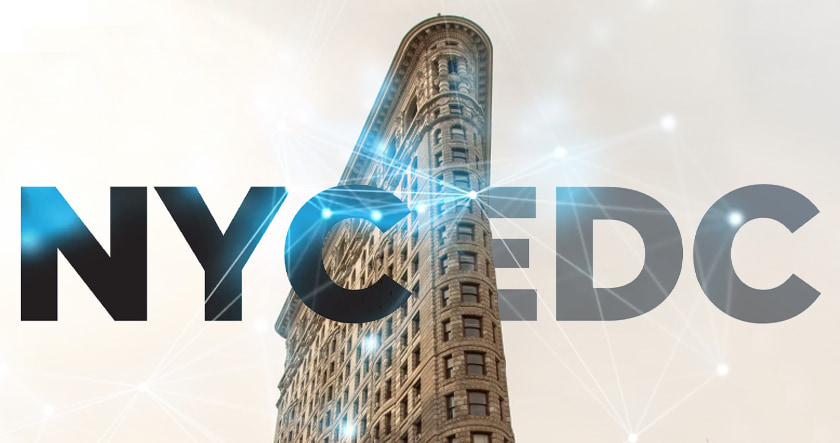 As the crypto market plows through its current bear cycle, its underlying technology is enjoying an unprecedented rate of adoption, reports CCN. Even amid Bitcoin’s all-time highs in late 2017, many pundits and investors preferred to focus on blockchain, the system that powers all cryptocurrencies, and the revolutionary potential it offers.

Now, the blockchain boom appears to be underway, helped along by a major advancement in the heart of New York City. While smaller in size, Manhattan’s “Silicon Alley” has rightly been compared to California’s legendary hub due to the number of budding tech businesses in the area.

The latest entry to the lauded Flatiron district comes in the form of a 4,000-square-foot complex called the Blockchain Center. Hosted by the NYC Economic Development Corporation (EDC), the center is meant to stimulate interest in crypto and support its development through various venues, one being blockchain-oriented coding classes.

The Blockchain Center has been helped along by several notable backers, starting with the New York City’s own $100,000 donation. Other funders include tech luminaries such as Microsoft and IBM.

In a recent interview, EDC’s chief strategy officer, Ana Arino, reiterated that both the project’s founders and backers are in it for the long run. Arino hinted that the EDC views blockchain as a potentially groundbreaking technology and that the non-profit corporation wants to encourage NYC to participate in this market.

The news comes as major retailers intensify their blockchain trials in an effort to adopt the system as soon as possible. After years of testing, 2019 will see Walmart finally unveil its new, blockchain-powered food tracking system. Carrefour, a French mega-chain of groceries with more than 12,000 locations worldwide, is already using blockchain to better track farm food as it travels to their stores.

But big bets on blockchain amid crypto’s bearish stretch are hardly a new development. In 2018, during the height of crypto’s price correction, the Rockefeller family diverted the attention of its $2.6 billion investment fund, Venrock, towards blockchain.

It marked one of the earliest bullish bets on the new technology by a major name in the financial industry. Like Arino, Venrock partner David Pakman explained that the Rockefellers are looking past short-term profits and instead wish to focus on a future where blockchain is very much a staple.

It remains to be seen whether these stories are enough to quell the doubts of Bitcoin’s critics, of whom many swore that crypto would perish sometime in 2018. Yet with the crypto-skeptical MIT recently concluding that blockchain will soon become so mainstream that some will find it “boring”, these doomsday scenarios appear to likely be confined to the realm of fiction (after all, Bitcoin itself was forged and prospered during the acute financial crisis of 2008-09).

Do you think cryptocurrency will follow the same trend of growth as blockchain in 2019? Let us know in the comments below!