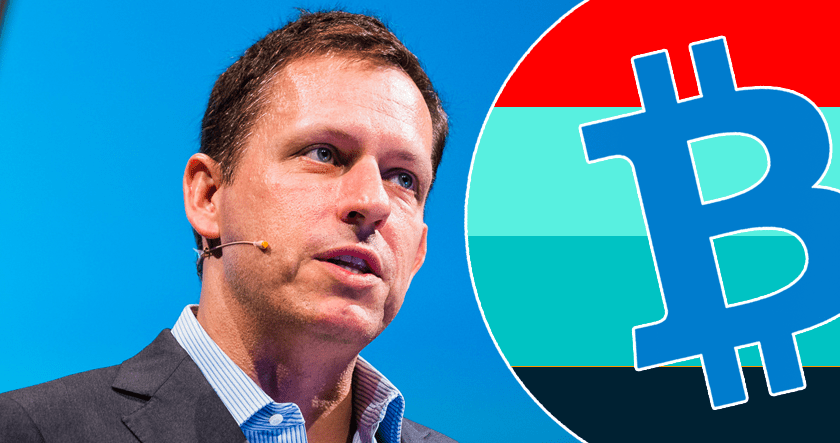 The value of traditional assets and currencies tends to be determined by the standing of companies or governments issuing them. While Bitcoin’s decentralized status acts as one of its perks, it can also lead to perplexing valuations; in the absence of fundamentals, faith plays a major role in determining Bitcoin’s value.

In particular, a show of faith by a large investor or institution tends to make significant strides for the price of Bitcoin, and it received just that last year when fund manager and PayPal co-founder Peter Thiel made a massive bet on the cryptocurrency. That bet has since paid off greatly, as the digital currency’s price has significantly increased since then.

Through his venture-capital firm Founders Fund, Thiel bought between $15 and $20 million worth of Bitcoin before the price boom towards the end of the year. Earlier this week, within 24 hours of this news broke, Bitcoin prices soared by as much as 13%, reaching $15,392 on the knowledge that the Founders Fund holdings are now worth hundreds of millions.

The news follows a series of high-profile acknowledgments of the cryptocurrency, including two major Chicago-based exchanges which launched their own Bitcoin futures, as well as support from Goldman Sachs and Bloomberg.

For Thiel, however, the investment in Bitcoin likely means more than just a good prediction. In his 2015 book Digital Gold, Nathaniel Popper chronicles Thiel’s early attempts to create a global cryptocurrency, which were confirmed by Thiel himself in a 2014 Reddit “Ask Me Anything” session. While most internet users know PayPal as a convenient payment platform, few are familiar with its co-founder’s original idea of turning it into an independent currency.

Early PayPal executive Eric M. Jackson cites a company meeting in 1999 in which Thiel shared his goals of the platform far surpassing its current role – the libertarian hoped to give citizens around the world a way of protecting their wealth, especially against corrupt governments looking to seize it.

Because of concerns that it could foster illegal activities such as money laundering, Thiel’s initial plans for PayPal were halted by restriction after restriction, leading to the platform we know today. Back then, digital currency was viewed as little more than a Silicon Valley dream, and Thiel eventually left the company for other pursuits.

His most recent investment, however, shows that the tech-savvy executive’s decades-old idea is alive and well, in Bitcoin and other types of digital currency.