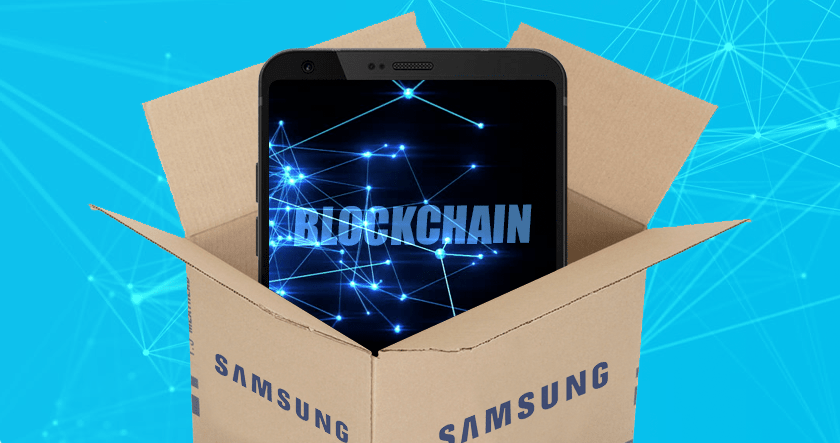 With more and more companies showing an interest in using blockchain technology to improve their bottom line, Samsung appears to be the first multinational to commit to such an overhaul. And while many businesses feel they have a niche that blockchain can upgrade, Samsung’s application would potentially involve a complete redesign of its shipment tracking system.

Samsung ranks as one of the top tech manufacturers in the world, supplying dozens of countries with a wide array of consumer electronics. According to Samsung SDS Co., the branch assigned to logistics, information and technology, an expected 488,000 tons of air cargo and 1 million 20-foot-equivalent (TEU) shipping units will be sent out this year alone.

Song Kwang-woo, vice president and blockchain chief at Samsung SDS, is very optimistic about the technology behind cryptocurrencies and what it can do for businesses. Song believes Samsung could cut shipping costs by 20% through the use of a blockchain ledger system – a sizeable amount, given that the company’s sales exceed tens of billions of dollars every year.

“It will have an enormous impact on the supply chains of manufacturing industries,” he said. “Blockchain is a core platform to fuel our digital transformation.”

The new technology has already been lauded by those in the shipping industry, with many seeing a use past just cost-cutting.

Another improvement that blockchain-powered shipments could offer are shorter times between product launches and first shipping. Cheong Tae-su, professor of industrial engineering at Korea University in Seoul, believes this could greatly influence consumer appetites in emerging markets, allowing companies with blockchain-based shipments to respond more easily to products from their competitors.

Samsung SDS is reportedly working on implementing the new system sooner rather than later. If true, Samsung will stand out as a pioneer of corporate blockchain adoption in a time when most other companies are still weighing their options.

The blockchain system gained prominence after Bitcoin’s rise towards the end of 2017, but it has yet to be utilized by a larger number of companies. Nonetheless, multiple governments have already shown a great deal of interest in using it to update their respective infrastructures. Some believe that it stands to completely change the current transaction model for the better, and research firm Gartner Inc. predicts that blockchain-related businesses will create $176 billion of value by 2025.