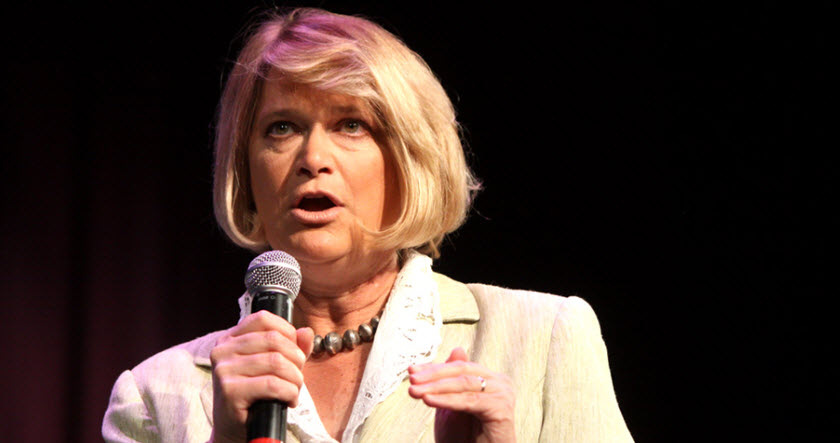 When Miami Mayor Francis Suarez recently revealed his investment in bitcoin to counteract inflation, and even went as far as to host the BTC whitepaper on the Miami government page, some analysts dismissed it as a one-off. Florida is fairly well-known for its bizarre news, so crypto skeptics had a ready-made deflection. Turns out Suarez isn’t the only prominent government figure whose crypto support extends past the occasional positive comment.

U.S. Senator Cynthia Lummis suggested Americans should all have access to a bitcoin ira in her latest interview with CNBC. Like Governor Suarez, Senator Lummis views bitcoin as an exceptional hedge against inflation. She calls BTC a store of value and draws the familiar comparison with gold. (She even attended the 2021 Bitcoin Conference in Miami.)

A member of the U.S. government stating that the dollar is not a good long-term investment, well, that’s surprising. Sounds equal parts odd and worthy of attention. She also revealed that she owns 5 BTC herself, which she had the foresight to buy way back in 2016, when $500 was a major resistance level. Around that time, crypto investors were seen as wingnut cultists in a fringe market that would inevitably disappear in a year or two.

This perspective hadn’t changed much by early 2018, when bitcoin’s massive fall had economists and analysts forecasting the impending end of the crypto market. They said blockchain technology wouldn’t go away, but the cryptocurrency fad and its potential role in the financial system assuredly would. Definitely would. Any minute now.

Senator Lummis’s call for bitcoin IRAs for everyone shines a spotlight on bitcoin’s long-term value. Developments like El Salvador adopting BTC as legal tender, or bitcoin’s role in stabilizing daily life in Venezuela, offer a high-level view that day-to-day price speculators and crypto day traders so often lose track of.

Senator Lummis considers bitcoin’s current price ($35,000 at the moment) a dip and said that she will use it to further increase her exposure to crypto. That’s what investors do! Senator Lummis compared bitcoin’s recent drop to one of her favorite stocks, United Rentals:

I bought it, and it dropped like a rock. I held onto it, and my gosh, it’s performed beautifully over the years for me. I see Bitcoin doing the same kind of thing because the fundamentals are good.

With all this in mind, what’s up with the current price of bitcoin?

Possibly, the ongoing concerns about regulation (and over-regulation) are dissuading buyers. Back in December, Senator Lummis warned that clamping down on crypto would harm financial inclusion and perhaps place the U.S. behind other countries in terms of fintech innovation. It’s hard to argue with her perspective. Besides, isn’t the American way to accept innovation and come to terms with it, rather than struggle to legislate it out of existence?

For a point of comparison: Russia’s financial policy chief Anatoly Aksakov said that he favors limits (if not outright bans) on cryptocurrencies because the market is “impossible to regulate.” And that’s a huge problem in an authoritarian state.

If one nation over-regulates, others can simply take the opposite route, embrace cryptocurrencies and reap massive benefits like El Salvador.

Senator Lummis wants the public to understand what bitcoin is all about. She wants to do away with what she calls false narratives plaguing crypto, like the associations with hacking and financial crimes. In addition to her interpretation of bitcoin as the ideal retirement investment, she would also like to see crypto used in everyday payments. She’s spearheaded regulatory support for the crypto sector since late last year.

If Senator Lummis and Governor Suarez have their way, the U.S. may be on the way to becoming the next El Salvador.