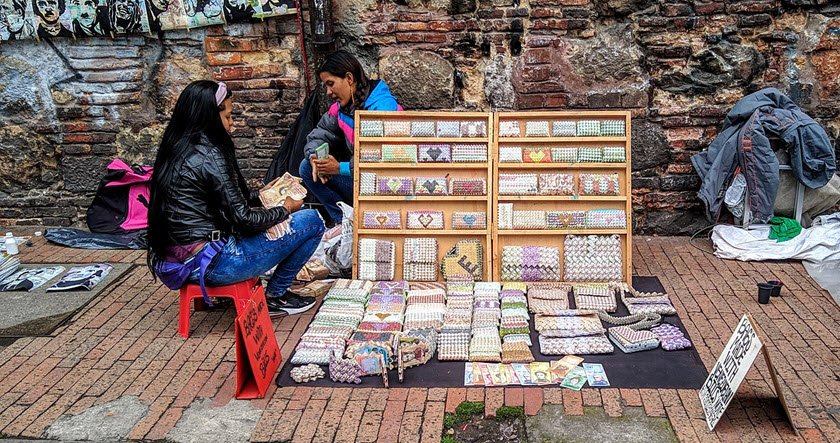 Even in the face of bans and clampdowns, cryptocurrencies have always been a popular people’s investment in countries experiencing economic crisis. And in nations with repressive governments. The example of Chinese citizens persistently trading and mining cryptocurrencies to have greater financial freedom and stability in an oppressive state-controlled financial system continues to stand out.

But while China’s crypto tale has been one of surveillance, Venezuela’s is a battle against hyperinflation. For longer than anyone would like, Venezuela has stood as a cautionary tale of what happens when foreign interests collide with domestic squabbles, and the results are most detrimental to Venezuela’s citizens.

With an inflation rate of over 2,700% per month, Venezuela’s bolivar has become the most modern and most infamous example of currency collapse. 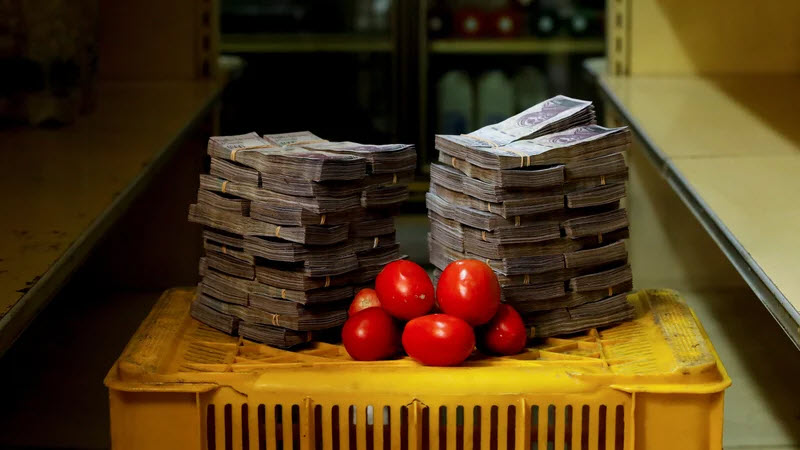 A kilogram, or just over 2 pounds, of tomatoes sits next to the 5 million “strong” bolivars needed just to buy the bunch at an informal market in a low-income neighborhood of Venezuela’s capital, Caracas. Image by Carlos Garcia Rawlins/Reuters

Currency is the problem, crypto is the solution

Venezuelans have increasingly turned to cryptocurrencies for transactions. Crypto exchanges make it easier to receive payments from abroad that would otherwise be seized by the government, or forcibly converted into virtually-useless bolivars.

Reuters cites the case of a Venezuelan emigrant who has used the crypto network to safely and securely funnel resources from abroad to his family, but that is only a small part of the Venezuelan crypto trade. It is, however, a notable one as it highlights the sturdiness of the crypto network compared to that of the traditional banking system. It’s usually easier to use an app on a smartphone to send or receive payments than to buy a money order and go to the local branch of Western Union to send a payment. (Less expensive, too.)

The positive effect that decentralized cryptocurrencies have had providing relief to Venezuelan citizens has become all the more pronounced as the country’s economic situation decays further, year after year.

Crypto is often touted as an alternative plug into finance to people who have been cut off from the traditional banking system for whichever reason. This is becoming increasingly prominent with various on-ramps like DeFi apps and services like PayPal and Venmo that are lessening dependence on banks. The latest round of U.S. sanctions on Venezuela over political disputes has made it even harder for Venezuelans to access the financial system in any way. And, if they manage to do so, the threat of a monthly deposit that barely matches daily expenditures incentivizes them to spend their bolivars on tangible necessities as soon as possible. So even when there’s money in the bank, it’s a strictly temporary situation.

The same can’t be said of crypto exchanges. Venezuelans have been flocking to exchanges to store their money in any currency that isn’t bolivars, and to make payments.

What about volatility? Is crypto really a safe alternative?

For someone in a developed nation, who isn’t worried about six-digit inflation and has easy access to gold investments, buying bitcoin or even crypto might not look like safe money. Consider the alternative for the average Venezuelan: simply moving their money out of bolivars gives them the equivalent of a 2,700% return on investment per month. (Remember, in finance, avoiding a loss is just as good as making a profit.) Bitcoin’s notorious volatility is barely a rounding error compared to Venezuela’s hyperinflation.

Or, as my grandpa used to say, “When you’re on fire, you’re probably gonna ignore a bloody nose.”

And it’s not just Venezuelan citizens relying on crypto. Businesses in Venezuela have largely turned to daily conversions of bolivars to crypto in order to stay afloat. Reuters quotes economist Aaron Olmos:

Nobody is going to tell you “Every night when we do the books, we convert bolivars into bitcoin,” but yes, this is happening.

This is exactly what crypto was designed to do.

In Venezuela, crypto isn’t just replacing a failed currency. It’s also stepped into the role of the traditional finance system: buying, selling, saving, and even as a unit of account. Say what you will about volatility, crypto has a very clear use case here in the midst of a slow-moving economic disaster.

It’s not exactly a localized phenomenon, either. El Salvador recently adopted bitcoin as the national legal tender in a manner reminiscent of the gold standard. It did so even though the country already used the U.S. dollar as its default sovereign and was therefore not subject to outlandish scenarios such as the ones in Venezuela.

And while Argentina ranks as the second most developed country in Latin America, it has nonetheless been hit with heavy inflation as of late, making cryptocurrencies a lot more prominent in the nation. The differences among the aforementioned countries are considerable, yet they all have the common thread of using decentralized cryptos as a way of maintaining financial stability.