The Lightning Network: Is It Bitcoin’s Scalability Solution? 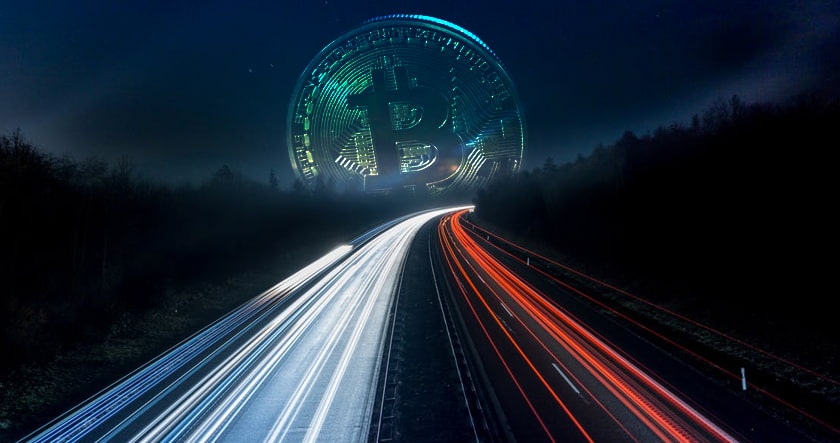 Recent high-profile Bitcoin “torch passes” on the Lightning Network have highlighted an issue that, for some, continues to pose a challenge for the cryptocurrency even after its explosion into the mainstream, writes CoinDesk. The very first comment written after the launch of the Satoshi network in 2008 had to do with the project’s scalability.

It would have been difficult for that commenter to foresee that Bitcoin will become a global phenomenon, or that a single unit’s value will climb to such dizzying heights. And yet the fundamental questions surrounding scalability remain, brought to the front each time one wonders why crypto isn’t being used for minute transactions (like buying a cup of coffee) yet.

Currently, the Bitcoin network can process only 7 transactions per second, and the high fees of a BTC transfer attest to the innate rigors of handling the workload. Visa still currently outperforms Bitcoin in this regard, having the capability to handle 24,000 transactions per second. It should, then, come as no surprise that increased transaction speed for Bitcoin is lauded as one of the newly-built Lightning Network’s main perks.

Scalability was always going to remain an issue regardless of how big Bitcoin became, and the intellectual founders of the Lightning project understood this. In a paper from 2015, Joseph Poon and Thaddeus Dryja describe how a “Lightning Network” can be used to bypass Bitcoin’s scaling restrictions without compromising any of the underlying benefits of crypto, describes CoinTelegraph.

The premise is a straightforward one: Lightning creates a transaction-logging “balance sheet” over a block, and two users connect and trade through this channel. Information is inscribed on the blockchain network only when the Lightning channel, or connection, is severed, greatly reducing the former’s load. Blockstream, Lightning Labs and ACINQ, the three teams spearheading Lightning’s largely community-driven development, are willing to bet that this may be the missing ingredient in the Bitcoin network.

That’s far from saying that the idea is limited to BTC, however, as other major cryptocurrencies have considered implementing Lightning to de-stress the network and eliminate high transaction fees in doing so. With Lightning fully operational in its intended capacity, its developers swear that the Bitcoin network could run up to a million transactions a second. If true, it would finally usher in the reality of crypto microtransactions.

The Lightning Network puts plenty on the table by offering to solve a fundamental issue which has thus far blocked the road to quick, low-cost crypto transactions. Nevertheless, the network remains largely untested and is the product of a wide array of users and specialists. It will no doubt take some time until Lightning is as functional as your average crypto exchange of today. Once it gets there, however, it could end up replacing exchanges altogether.

Do you think the Lightning Network will be the solution to Bitcoin’s scalability challenge? Let us know your thoughts in the comments below.