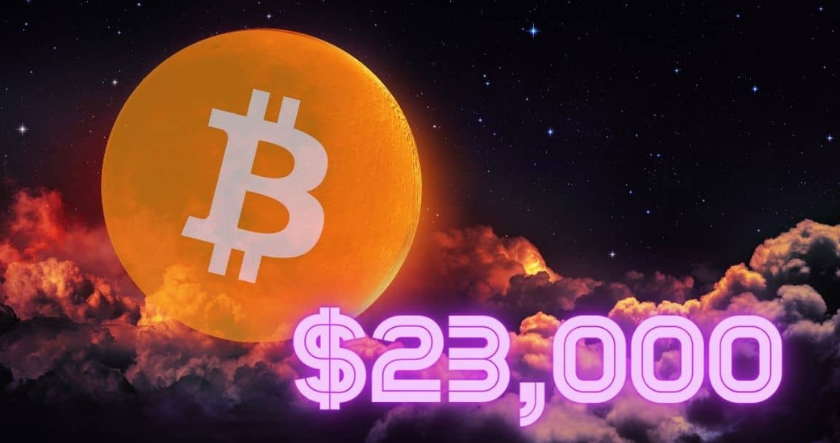 Earlier this week, Bitcoin answered the question many have been asking by passing $20,000 for the first time ever on its way to smashing past $23,000. In doing so, it managed to pass the famous high from December 2017 as well as break out of the $18,000-$19,000 range it had bounced back and forth in for months. With all of the previous drivers in place and more bullish factors emerging, experts are now looking at the coin establishing itself much higher over both the short and long terms.

Bitcoin’s run this year has been, in good part, powered by historic central bank stimulus which sought to offset the effects of the pandemic. With trillions of dollars being pumped into the economy, inflationary expectations for the greenback began to soar and investors across the board started looking for a hedge in their portfolios.

These include large institutions with entries worth millions to hundreds of millions of dollars as well as billionaire investors like Paul Tudor Jones, Stanley Druckenmiller and Ray Dalio. Dalio most recently strengthened comparisons between Bitcoin and gold in an online Q&A:

I think that bitcoin (and some other digital currencies) have over the last ten years established themselves as interesting gold-like asset alternatives, with similarities and differences to gold and other limited-supply, mobile (unlike real estate) storeholds of wealth.

Are we at liftoff?

With Bitcoin now well-entrenched (just below $23,000 at the time of this writing), predictions abound as to the next target level for the top token, as well as the surrounding altcoin market. As Forbes’ Kenneth Rapoza notes, bullish predictions aren’t hard to come by, with one ETF manager listing $500,000 as a level to watch. Daniel Wolfe, a fund manager at the Simoleon Long Term Value Cryptocurrency Fund, says that his firm is long on Bitcoin while forecasting a massive bout of gains in the next nine months, culminating with a price of $50,000 by next summer. Wolfe expects the overall market capitalization of altcoins to expand five-fold in the next four years, during which time Bitcoin will move onwards to $100,000.

Gapporov Behkzod, CEO of DeFi service Okschain, noted that expectations of $1 million Bitcoin are strengthening among experienced traders who work with large volumes, adding that the lofty price target is not an upper limit. The big entry by institutions has been made possible due to an infrastructure which began shaping up around the time of Bitcoin’s early 2018 dip towards $3,200, one that saw many question the token’s trajectory altogether.

Over the last two years, as firms like Fidelity began rolling out custody solutions, the regulatory framework became clearer and development of the crypto sphere continued. The latter is perhaps best exemplified by the recent launch of Ethereum 2.0, a major upgrade to the second-largest token whose network acts as the backbone for many of the top projects in the industry.

While most forecasters expect pullbacks on the road up, Rapoza points out that demand for Bitcoin continues to rise for these reasons:

Inflation hedge – Because Bitcoin’s price is decoupled from any currency, its value isn’t eroded by inflation. The same is true of traditional commodities like oil, gold, or corn — however, unlike most commodities, just about anyone can buy and hold cryptocurrencies without becoming a CME-certified trader. Allocating savings to Bitcoin is a whole lot simpler than dabbling in West Texas Intermediate Crude Oil contracts (and running the risks of finding storage for your 500-odd barrels of oil when you decide to hold them past their futures expiration date).

Currency hedge – When the value of a currency (whether it’s U.S. dollars or Polish złoty or Malaysian ringgits) falls based on national conditions, everyone holding that currency loses purchasing power. Holding an intermediate asset not tied to a nation’s financial health insulates savers from suffering due to their home nation’s unwise monetary policies.

Value growth – Will Rogers (1879-1935) famously gave some investing advice to “buy some good stock and hold it till it goes up, then sell it. If it don’t go up, don’t buy it.” As naïve as this statement is, it captures the mindset of many crypto enthusiasts. Interestingly enough, Rogers also advised us to “Buy land. They ain’t making any more of the stuff.” Wonder if he would’ve thought the same about Bitcoin?

Reduction in mining rewards – Every halving reduces Bitcoin payouts to miners by 50%. As Investopedia explains, each halving event so far has led to a chain reaction that resulted in a higher price.

Increasing institutional demand – Even in the absence of all the factors listed above, the institutional demand for Bitcoin and other cryptocurrencies seems unsatiable. Wall Street brokers and banks have begun to shun futures and other crypto-based hands-off investments in favor of directly holding their own crypto. This places the likes of JP Morgan Chase and Goldman Sachs in direct competition with the little guys like you and me, who all have to go to the same exchanges to buy our crypto.

Interest and enthusiasm are growing even faster than Bitcoin’s price. Cryptocurrencies draw in a larger audience every day – from brokerages and banks, from technology and fintech companies, and from everyday investors. Cryptocurrencies have outgrown their early, awkward stages and seem poised to join the ranks of assets worthy of every saver’s and investor’s attention.