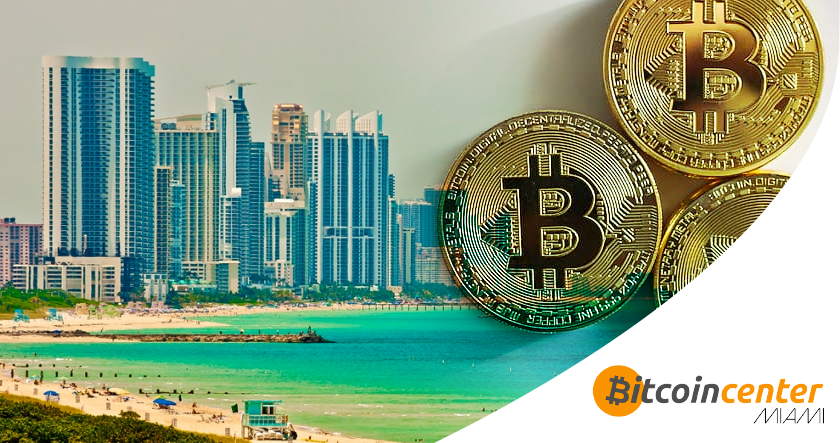 With mass adoption as a hot topic on the lips of everyone in the crypto and blockchain community, many of its leaders are striving to facilitate greater financial literacy. While much of her focus is on crypto and blockchain, Eryka Gemma is passionate about not just education, but also nurturing a capacity for critical thinking. Her Blockchain Center and Bitcoin Center brings teaching and networking in the world of digital assets and blockchain to Miami. Eryka sat down with BitIRA to share some of her insights about what’s coming next for the industry.

BitIRA: How did you get into blockchain and crypto?

Eryka: When I was younger, I was really interested in politics. I genuinely wanted to understand what was happening politically. I would watch CSPAN and the news. The President at the time was Obama with Vice President Biden. I remember specifically watching Joe Biden come on one day and tell a lie, but he wasn’t really saying much. He was saying a lot of numbers and was very charismatic—I liked him, but I was trying to understand what he was saying and he wasn’t really saying anything.

I would complain to friends about it and they told me to go watch this guy, Ron Paul. I did, and I got hooked. I like that Ron Paul talks about the fallacies of our money system, the Federal Reserve, and all sorts of different ideas. He was the first politician I’d come across where I felt they were saying something of value instead of just talking in circles.

I became a delegate for Ron Paul in Washington State. I learned so much from the experience and met some of the smartest people that I’d met by that point in my life. People who were really intelligent in a lot of different ways, but specifically they all think deep. They were critical thinkers, but they understood and wanted to get into what’s going on behind the scenes.

These were also the people in my life who were interested in bitcoin. It was that connection alone that made me think, ok, do I need to take this seriously?

BitIRA: What resonated with you and made you trust bitcoin?

Eryka: I think what really got me to be behind it was the social impact.

For example, right now Iran has sanctions on them given what’s going on in their country. And while I can’t say which government is right or wrong, there are still humans that need to survive in Iran. It’s unfair that they can’t get money in and out of the country. With bitcoin, we can now provide people with options.

I think the big convincing factor was stepping out of my bubble as a privileged person that lives in the United States and thinking, wow, a lot of other countries have fear and instability—but crypto could be an option for them.

BitIRA: What have been the biggest challenges you’ve had to overcome professionally or personally to get to where you are today?

Eryka: One of the biggest challenges I’ve had in my professional career was probably the move I made to leave corporate America and start my own thing, the Blockchain Bitcoin Center in Miami.

Well, you know, after I got out of college, I started working in aircraft leasing: aircraft financing, flying, flight training, commercial airplanes… It was amazing and I learned a lot of cool things. I love aviation.

But then I reached a point in my career when I realized that if I’m going to take a risk in my life, I need to take it now. And so I took a risk and started my own thing.

Because I was so good at following directions before, I didn’t expect what was to come.

There’s a rule that says that after 10,000 hours, you become an expert at something.

When you’re an expert and you go to government-funded schools, you become an expert at being told what to do and following directions. Now that I’m pushing into a more entrepreneurial role where I’m the one in charge and making all the decisions, I don’t have anybody telling me deadlines or what to do.

So, from a personal development perspective, it was all about getting myself into a new mindset. I’m no longer an employee; I’m a business owner. And then I had to start being really disciplined myself.

Eryka: That’s a hard question because I want is for them to leave it alone. I don’t think they can stop crypto.

I always think of the example of videos. They used to put those FBI warnings saying you’re going to get prosecuted and fined up to X amount of money for copying a video… but everyone was copying videos, and they couldn’t stop it. I think that’s what’s going to happen with crypto.

I would encourage them—in an ideal world, I know this isn’t going to happen—to take it out of the tax structure entirely. Bitcoin is not fiat currency, specifically in the United States. They have no right to take taxes from bitcoin or any other cryptocurrency being traded.

So ideally I would like them to realize that they have no stake in the game. They did not help develop this and they are not contributing to it, and so they don’t get a slice of the pie. But likely, that’s the last thing that’s going to happen or that would happen because they love their taxes.

In terms of a more realistic outcome, I’d like there to be a precedent set that banks cannot discriminate against people and shut their accounts down because they are using bitcoin.

BitIRA: What problem would you like to see crypto tackle next?

Eryka: The problem that I’d like to see the community help solve—and the Blockchain Center is proving very instrumental in solving this—is financial illiteracy.

Right now you have an entire generation of people that are asking, “What is money?” because they have discovered bitcoin. You have people like myself, where I was interested in politics, then libertarian ideas, and then I was drawn into bitcoin. But most people learn about bitcoin because they hear about it and want to make money. Then they start asking, “What is the Federal Reserve?” or “The United States is 22 trillion dollars in debt—what is going on?” So what I would like to see bitcoin do is educate people on why was bitcoin created, because that just gets people to be free thinkers.

So, education is probably the next thing I’d like to see bitcoin tackle.

BitIRA reprints the words of interview subjects but does not endorse any specific comments. Each subject’s opinions are their own.