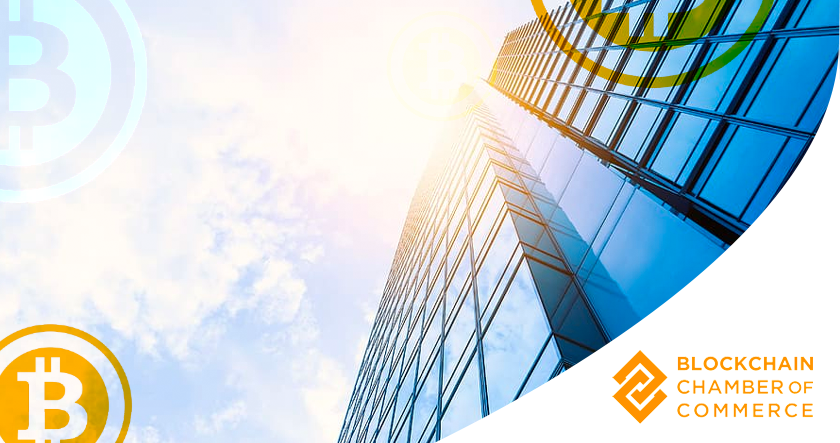 As CEO of the Blockchain Chamber of Commerce (BCC), Linda Goetze is a blockchain leader driving connection and education within the industry for all members, from individuals through enterprise. If you are looking for leaders trying to overcome barriers to mass adoption that center around education, you can’t miss Linda. With her over thirteen years of experience in education and her relentless problem-solving approach, she’s been able to build community and empower individuals and business alike to enter the world of blockchain.

Linda recently sat down with BitIRA to share how she became an early adopter, and what sorts of blockchain-oriented challenges she’s been tackling ever since.

BitIRA: How did you get into the world of blockchain? What made you trust in the future of the industry?

Linda: In 2012, I saw one of those Bitcoin faucets—it was one of the early ways they tried to get people into Bitcoin. You’d play a game where you were basically a miner, and you’d get to host a node of the Bitcoin blockchain. I actually didn’t do it; I didn’t set up a wallet. I was like, “oh man, that sounds kind of complicated just to play a game, and what is 0.1 bitcoin anyway?”

I started digging into it, trying to understand what this is. I read the Bitcoin white paper. At the time, the price was below $100; I just started watching some of the price action and reading things online—people talking about the different aspects of Bitcoin and its various components, thinking about Bitcoin as free speech versus just a transfer of value, and so forth.

Just building my awareness around it made me turn and tell my husband, “We need to get some of this.” And he kind of laughed and was like, “Funny money—internet funny money.”

So I went ahead and just continued my dive. My husband works in finances and so I figured if I spoke his language, he might listen. The third time I went and talked to him about it, I was telling him it was a diversification for our portfolio. It was an uncorrelated asset class. It was a potential chaos hedge. And so I finally, finally turned the corner with him.

He’s like, “Okay, how do we buy it?” At that time, it was pretty convoluted, but we went through the process. The price action went up over $1,000—it was one of the first really big bull runs. We were really happy with 10xing and sold the majority of our holdings. When it came back down into the low hundreds, we decided it was something we wanted to have as a long-term part of our portfolio and so we got back in. And so, it’s just something that’s been part of our diversification strategy. This all is on the personal side of things and how I got into Bitcoin.

And then with the chamber, I connected with the founding team at their very first public event. That was interesting because people were raising their hands for questions like, “Have you held cryptocurrency for a month… three months… six months?” This is right at the end of 2017/beginning of 2018, when the hype cycle continued up into the $20,000 range. They kept extending the timeline they were asking about; when they got to five years, I was the only one still holding my hand up.

That stood out to me as the moment when I realized for the first time how unique of a position I held as an early adopter. I didn’t really grasp it until that event. Then the core team at the Chamber asked me to participate on a panel, and I was part of a debate that advocated for smart regulations. For anyone not familiar, there are some people who are Bitcoin maximalists who think there should be no regulation. It was a very spirited debate.

From there, it’s been a progression of engagement and I’ve grown committed to help serve and educate the community. It’s just been a progression of growth and leadership, with both the central chamber and helping establish chapters globally. Where we are today is very much in the “having an impact” zone, and the world is waking up to it.

BitIRA: What is the biggest challenge that you have faced, whether personal or with the chamber?

Linda: The first challenge was the need to raise awareness, right? And we overcame that when Facebook put out their Libra token. We had nothing to do with that directly, but it really did help raise awareness on the global level for blockchain and cryptocurrencies. So that part of the pain points of an adoption cycle of raising awareness was really met interestingly. The price action of Bitcoin has also been a big awareness raiser.

Probably the biggest pain point is the role that fear plays in the space.

Fears have really been the biggest issue that that has dogged the ecosystem, and education really is the answer. That’s what we’re trying to do: educate people around blockchain as a technology, not just feed the hype cycle with pitching coins or tokens.

The power of blockchain today is as a fundamental shift in technology. It can be really powerful and impactful; the shift needs to be done with careful consideration and not necessarily in every vertical. We’ve actually identified twelve different core verticals where we believe blockchain can really play a strong role. We then designed the blockchainecosystem.io platform to be able to help facilitate community connectivity; it’s not something we’ve advertised yet. We just have a couple hundred people that have been invited to test it and work on it to make sure it’s free of any glitches or bugs. But we do reward the community with cryptocurrency for engaging. I think that’s a powerful tool.

We’re working to bring together individuals and technology stacks that can be part of that education process and give people an opportunity to engage with blockchain. In some cases, they don’t even know the benefits of blockchain yet, but they start to feel the benefits emerge over time. Educating builders is important; bringing in UX-UI interface on blockchain so that the everyday person doesn’t even have to know that’s what they’re working with—this can be great, too.

We’re facing a massive education need. We’re working to facilitate collaboration and really bring people together. We’re focused on bringing together the individuals that can be a part of that process. We want to use our platform to showcase some of the ways people can connect with the technology and use it safely.

BitIRA: What are some of the biggest changes you’ve seen emerge in the cryptocurrency industry?

Linda: Part of the education that we do is helping people understand the role that cryptocurrencies can and should play, and how that is connected to—but also distinctly different from—blockchain technology.

Of the twelve verticals I’ve mentioned before, one of them is financial services. Cryptocurrencies are a segment of the financial services vertical, with Bitcoin falling under that. We’ve seen people go from just knowing about Bitcoin, to having the price action of Bitcoin (that they saw in the news) be their major touchpoint. Then we had the 2017 hype cycle which brought—unfortunately—a lot of bad actors to the table. I think 80% of the money put into the marketplace was absorbed by bad actors that didn’t follow through on the promise of their white papers and the big things they promised. It kind of put a black eye on the industry for a while.

One of the interesting trends that frustrates me is when people say, “I believe in blockchain, but I don’t believe in Bitcoin or other cryptocurrencies.”

People are starting to understand that cryptocurrencies do have a role to play in value transfer, but we’re trying to expand education that defines the “value transfer.” There’s an emerging trend in centralized cryptocurrencies that are basically fiat, based on the full faith and trust of a government entity or large institution; we have countries like China and the US looking into a digital currency. This is a very different type of value transfer vehicle than a decentralized cryptocurrency. I think this is going to be a part of our next big need for education. Helping people understand what distinguishes the different types of cryptocurrencies while also helping them adjust to the realities of commerce.

Doing the majority of transactions digitally is just another aspect of education. We’re in what I believe is a massive financial reset. I wish I had a crystal ball, but I don’t know how it’s going to shake out and where the majority of value is going to be stored over time; it’s a huge question mark. But we need informed consumers. People need to understand where their value is stored and what can happen to it.

BitIRA: What sort of problems would you like to see the blockchain and crypto industry tackle next?

The fact that the spending of cryptocurrencies and the tracking of transfer from one crypto to another comprise an onerous tax burden is a huge problem. Difficulties with everything from the recording through reporting really hampers adoption as well as the convenient use of cryptocurrencies that are accepted worldwide as a store of value.

It would be really nice if it wasn’t so onerous.

The way it’s currently managed leaves us with different entities even just in the U.S. specifically who define digital currencies differently as money sometimes or property others. As a result, there are all sorts of conflicting regulations. You’re left like, ok, who am I supposed to be worrying about with this type of transaction or with this reporting. There has been such limited addressing of the pain points around cryptocurrencies, and the transfer of data using blockchain.

I think it’s imperative for there to be global standards. There’s been work on standards around blockchain and supply chain, with different entities addressing this for the global marketplace. I think that’s what needs to happen; the establishment of a global standard and definition, and a way of addressing taxation.  After all, there are no boundary lines when it comes to two digital transfers. I think we need to recognize that and act accordingly.

We just need the regulations to catch up with technology because you don’t want people that are well-intentioned and trying to do the right thing to get slapped with fines or even imprisonment because of what they’re doing with these unique and emerging technologies. Regulatory clarity is really something that would make me a lot more comfortable, especially having people you know, coming to the chamber with novel ideas and really unique ways of approaching business. You know, it would just be nice to be able to point them in the right direction.