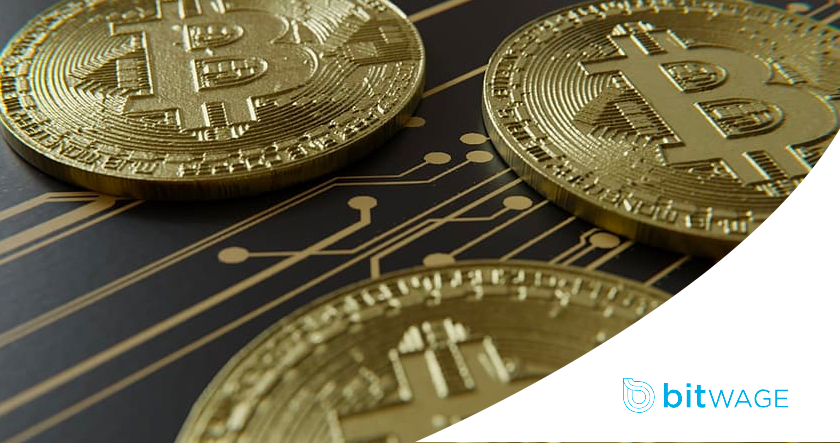 BitWage has been leading the way on facilitating wages paid in part or in full in cryptocurrency, which helps spread awareness and potentially even increase adoption. In May 2020, they announced a new Bitcoin 401(k) plan to help tie another dimension of retirement savings in with cryptocurrency, getting people comfortable with crypto while also helping to promote financial literacy and retirement planning. We sat down with BitWage’s CEO Jonathan Chester to learn more about how his company got here, and where they’re excited to head next.

BitIRA: How did you get into crypto and what made you trust in its legitimacy and potential? After all, public perception of crypto is often (unfortunately) tinged by some of the controversies that have occurred over the years.

Jonathan: I first got into crypto and my interests started to spike in 2013, which was before the first big bubble… in that it was before Bitcoin hit the $1k mark. I was working at Oracle, which was a bit of a soul-draining experience. I was trying to enrich my knowledge, and I came across a TED talk from a guy who was addressing the future of money.

One of the things he talked about was Bitcoin, and this historic rise from a few dollars to $200. He spent a lot of time explaining the future and defining Bitcoin as a way to move money without centralized third parties, so you could move money more efficiently, too.  He covered all the different benefits of Bitcoin and crypto, and it got me intrigued.

So I went down the rabbit hole, as so many people do, and after about a month or two I was obsessed with the thing. I was so obsessed. I was connected with another person at Oracle who was also obsessed with Bitcoin and we totally enabled each other.

We ended up quitting our jobs in June 2014, and we launched sort of an MVP for our Bitcoin payroll product, Bitwage, a month later. And the rest is history, I guess. (And we’ve been around for a while.)

BitIRA:  What are some of the biggest challenges industry challenges you’ve had to face with BitWage over the years?


Jonathan:  You know, I think the biggest challenge that any cryptocurrency company faces when they’re starting out is the banking challenge. So being able to come in with no transactional history, no company history and open a bank account seems simple and easy to someone who’s not in the cryptocurrency industry.

But what people don’t realize is that banks have realized that unlike with traditional money, they can’t control the movement of cryptocurrency and thus they can’t stop that money for being used for any kind of illicit activity. The bank has to effectively trust the new company to not money launderers. And so they don’t like to open accounts, and they even tend to close accounts.

And so there was a big dance around the first two or three years we launched. Since then we’ve really been able to solidify ourselves as a as a trustworthy, honest, established member in the community. But I think that initial difficulty was probably one of the biggest potential roadblocks.

The other one, I guess, would just be the idea of mainstream adoption and positively affecting the mindset around crypto. When we first started, crypto was really much more of a mysteryto to the public than it is now. Before 2017 unless you really knew about Bitcoin, the only thing you did know about it had to do with the Silk Road or Mount Gox, which in turn meant drugs and hacking. We had to deal with some of those perception issues early on, back in the day.

Of course now by 2017, the word “Bitcoin” is probably known by 75% of the people in the US, even if they don’t know any details about it. They know that it’s some kind of magic internet money, and maybe they’ll have a concept of Ethereum or some other crypto, so that’s helped adoption for us. There’s still a lot of trust issues around it.

And at BitWage, we’re talking about people’s salaries. Some people are interested in getting a portion of the wages in Bitcoin as an investment, while other people actually get their entire wage in it for use across borders. For that second use case, there’s really a big educational hurdle because people have to really trust cryptocurrency the trust it with their entire salary. Even today that’s still a hurdle; even people who really know Bitcoin very well may still be a little bit worried to have cryptocurrency involved in their entire paycheck.

BitIRA: What steps or changes would you like to see around crypto regulations?

Jonathan: I think that that regulation is a very important factor for building trust.

What the banks were afraid of is true, right? This is a tool that can be used for very terrible things, in the same way that social media can be used for very terrible things. But then obviously, both social media and cryptocurrency have way more positives than negatives, so you don’t want to ban it either. You want to regulate it, so it can flourish with all the bad stuff pushed to the side or minimized. I think that will help build trust.

I also think time is an important factor. Thing about gold compared to Bitcoin as a store of value. The reason why people trust gold so much is because of time. Well, it’s really two things: time, and it’s got a natural protection against quantum computing.

BitIRA: Isn’t gold also more tangible than crypto?
Jonathan: No, and I don’t see ‘tangibility’ as getting in the way here. If you think about the dollar, you might think of it as a tangible piece of paper; but normally, it’s just the number of that you see on your computer or your app. It’s the same exact thing with Bitcoin. It’s just that the unit of account is not something that we’re used to: BTC as opposed to USD. You don’t know how much a BTC is worth to you, you likely have to go Google it.

With both gold and crypto, actually, it’s market forces driving prices. Contrast that to the US dollar, which can be manipulated through printing of the currency (which is happening right now). You know? The Chinese yuan has been manipulated for years by printing more currency.

At the end of the day, I’d say we’re just more comfortable with the dollar because we’ve known it for a long time. We’ve known gold for an even longer time than the dollar.

But at the end of the day, even if you try to, you can’t can’t really transact with gold. Try to buy bread with gold. Even assuming the stores accepted gold, what would you do, carry your gold bar and shave off some gold for every transaction? If you overshaved, would you have to glue the extra pieces back to your gold bar? It’s not really a thing anymore.

Finally, you know, it’s really inefficient. To go back to an actual gold standard where you’re actually using gold for commerce is not really feasible. And again, mainstream education is a huge factor.

BitIRA: What problem or problems do you want to see the crypto industry tackle next?

Jonathan: One of the most interesting things to come out of cryptocurrency as I see it is Bitcoin’s store of value. I’d love to see that use case grow even more in different areas.

We work with their international product. We’re buying and selling Bitcoin in different countries to move money faster and cheaper and with better exchange rates than banks. And in some countries you just can’t sell a million dollars in Bitcoin very easily. And that’s because there aren’t that many people buying Bitcoin over there. In a lot of those countries, Bitcoin as a store of value is actually quite valuable. People in Latin America are really figuring this out and buying quite a lot of Bitcoin quite a lot, which makes our product pretty attractive for people who are exporting from Latin America to the US, which is a huge market.

But I think in Africa, for example, there isn’t the same level of education and usage, but there is a very similar level of mediocrity in their financial systems and monetary policies. I think that that’s a important area to grow.

Obviously, with our Bitcoin 401k product out on the market… well, BitIRA is actually already part of a growing movement in the cryptocurrency industry to get people not just investing in crypto, but doing so in a tax-deferred environment. You guys are obviously pioneers doing this in the IRA space. At BitWage, we saw that there wasn’t a lot of movement in the 401(k) space. We could bring our brand’s trust and authority in payroll and bring 401(k) into that; after all, payroll is ultimately how people connect to 401(k)s.

There’s a lot of interesting challenges around offering this product that we have solved, regulatorily, to get it online and get companies to begin offering this. It’s a good and complimentary service to what’s happening in the IRA environment. And I believe that it’s really these usages in the retirement world that we’re going to see more of from mainstream investors. After all, we’re talking about trying to do investments at a level where people are already used to doing it.

People might not understand what it means to go to an exchange and buy something. If you’ve never invested much, the concept of an exchange might be scary or hard versus a 401(k), since everyone has heard of a 401(k) for retirement. Their employer might even match some of the money. We’re kind of hoping that being able to get Bitcoin as something that you can invest into your 401k is a way to educate people on Bitcoin as something worth checking out and understanding.