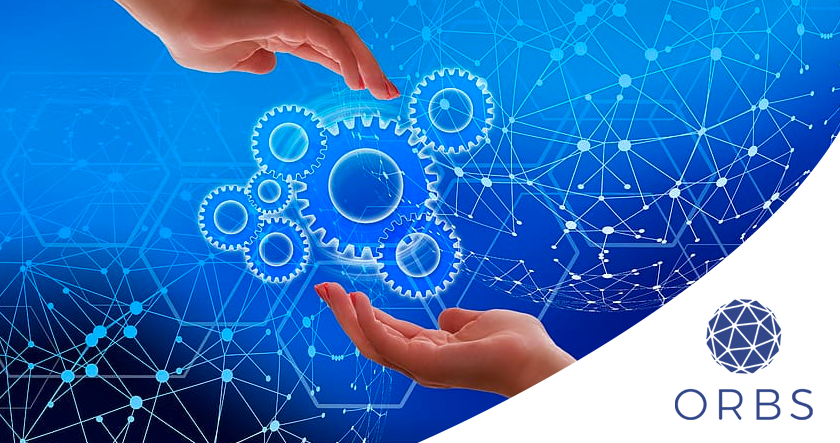 Blockchain continues to show promise to help resolve problems across many different use cases, from business through public policy. But since infrastructures were built before blockchain implementation was really a consideration, there are often huge gaps between the awesome ideas of how to apply blockchain and the actual usage of blockchains in these settings. This is where Orbs comes in.

Orbs’ Head of Partnerships and Strategy, Danny Brown Wolf, recently sat down with BitIRA to talk through some of the challenges currently faced by bringing blockchain technology to help resolve issues in enterprise, government, and humanitarian efforts, as well as to rally behind the exciting future ahead.

BitIRA: How did you first get into blockchain? What made you trust in the industry’s future?

Danny: I actually came from a foreign policy background—financial policy in Israel and international law. I worked at the UN as well. For me, the entry point to blockchain was through its promise toward social impact.

I was looking to see how new innovation and new technologies could really accelerate social impact, and I came across the World Food Program’s Building Blocks project. The WFP used blockchain to facilitate the delivery of food to 100,000 Syrian refugees living in Jordan. Blockchain helped make sure that the donor countries who fully paid for the food could see that it reached the end use—the refugees—which was really key. For years when I worked at the UN, this sort of issue had been a huge problem that no one had a good solution for.

The WFP’s pilot was very successful. They’ve even expanded it to create a sort-of mini-economy that allows for more financial inclusion of those refugees.

I was reading this use case when they published it and though, “What is this magical technology that’s allowing us to do this thing we’ve been talking about for years at the UN, and for which no one had a solution before?” I started digging in, and I went down the rabbit hole.

The potential blockchain has to address issues that I’ve been dealing with for years is just fantastic. Oh, and the fact that it allows for financial inclusion! When you look at our world, the more global that it gets, the more you realize the disparities in access to financial inclusion. Blockchain allows for inclusion in different forms: semi-mediated, completely disintermediated, etc.

BitIRA: What is the biggest challenge you’ve had to overcome?

Danny: Orbs’ inception came about to tackle a very specific challenge, which we believe is the biggest one in the industry: the disparity in the infrastructures in place to actually allow for the value of blockchain to be implemented and fully realized today.

So, when you look at blockchain infrastructures, there’s a sort-of dichotomy—this huge gap—where you have, on one hand the Web 3.0 permissionless public infrastructures that were built for the use cases of DAOs and DApps. On the other side of the spectrum, you have the private blockchains that aren’t really blockchains but more like DLTs [distributed ledger technologies] and hyperledgers of the world, which were built to accommodate the needs of existing businesses and enterprises. Orbs came about to bridge that gap.

The DAOs and DApps of the world are use cases that can’t necessarily be widely implemented for the next few years, because a lot of the infrastructure in the industry that’s needed to accommodate these use cases, like completely decentralized identities, are things that don’t exist.

Our eyes were to what can be implemented today; what are the needs of enterprises today that blockchain can bring value to? And, when understanding these use cases and working with an enterprise, we also understand that they cannot use the Web 3.0 infrastructure—it wasn’t built for them.

There are a lot of non-starters in the design and architecture to accommodate for a token-based economy that preclude the use in enterprises. I can give you just a simple example with Ethereum.

Ethereum is built with a shared infrastructure, which means that when you build a DApp on Ethereum, there’s no isolation; you’re competing with other DApps over the resources of Ethereum. When you translate it into planning, like on an enterprise level, it can get sticky. So let’s say you have a great use case and you think that since Ethereum is a public, permissionless, strong network, you want to build it on Ethereum; and you get the buy-in of everyone at the enterprise who agrees that it’s a great use case that brings us a lot of value. You get to the CFO, and the CFO is like, ok, how much is this going to cost us? They’re thinking in terms of infrastructure fees, like how they know how much their AWS costs.

There are a lot of inherent design decisions that were made to accommodate the DApps and DAOs that are not well-suited for the enterprise world. That’s why we built Orbs from the ground up: on one hand, to the accommodate the needs of enterprise (and that’s where we mimic the business models of cloud-based services like AWS as much as possible), but on the other hand, to bring the innovation of public, permissionless blockchain.

BitIRA: What industry changes do you see as being most helpful?

Danny: The first one would be professional organizations of the blockchain industry that are speaking to regulators and showing them the value of blockchain different use cases, especially in public policy. So, for example, we’re members of the GBBC. I spoke with them on Capitol Hill to the Congressional Blockchain Caucus, along with other along with other prominent blockchain companies showing use cases.

Such interaction and having those professional organizations have taken us a long way into making the industry more mainstream. Also, I personally believe that finding the public policy use cases is very important because one of the most innovative features of blockchain technology is the transparency and third-party auditability. With enterprises, we have to convince them why it’s in their best interest to open-source their code. With governments in a lot of places, transparency is already mandated by law—they just do it in a very inefficient way.

Another major industry change I would have to credit to Ernst & Young, because they’re one of the biggest proponents of public permissionless blockchain. Having a Big Four company going out there and advocating that forget those DLTs, public blockchain is the future and that’s where the innovation lies—that really paves the way. Having a major industry leader say it paves the way, because it’s not just me saying it.

I think we’re slowly learning to separate the crypto asset from the blockchain technology, and that’s been really helpful because when it’s all a big mishmash, you don’t know what you’re talking about. The regulation for the two is completely different: like regulating open-source third-party digital signatures or other different use cases, is very different from regulating a crypto asset.

BitIRA: What problem would you like to see the industry tackle next?

Danny: One of my favorite use cases towards which I think blockchain can add a ton of value is fighting fake news by authenticating content. Blockchain has the great property of being able to timestamp in a way that’s completely auditable. It’s very hard to manipulate and it’s immutable.

So when you think of some of the problems of fake news online, especially with regards to pictures and videos, deep fakes, video, edited videos, etc., there are a few approaches to how to deal with it. The most prominent one until now has been kind of like an AI computer vision war. Developers are like, okay, this algorithm creates deep fakes; we’re going to create an AI algorithm to identify what’s been manipulated into deep fakes. It feels like kind of like a race to the bottom because it’s just a matter of whoever has a better algorithm, and both sides keep improving their algorithms.

The blockchain solution is to actually have authentication of the picture at its source. So if you think about me taking a picture on my phone, my phone camera can be connected directly to the blockchain to timestamp that photo with a location, and maybe even encrypted ownership that I can later claim it as my own or copyright for copyright uses.

I’m from Israel and we’ve had deepfakes used to incite racism, for example now in the time of COVID-19. A prominent figure posted a photo of Muslims preying on the roofs and not keeping social distancing. There was a whole debacle where people were upset that synagogues were being closed but Muslims were being allowed to pray without observing social distancing. That photo actually ended up being dated back to Kuwait during the Gulf War. And you’re unduly stirring up people’s emotions and anger.

The blockchain solution to this is quite simple, and we’ve been working on it for awhile.