Bitcoin Coming to a Grocery Store Near You 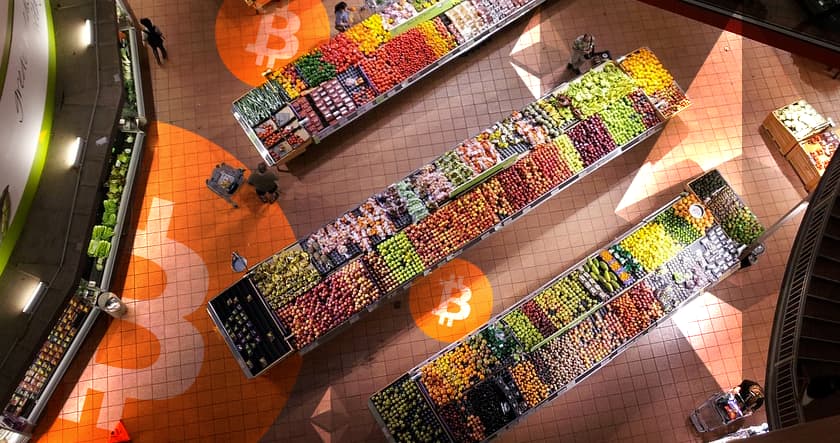 In 2014, Overstock became the first major retailer to accept bitcoin as a form of payment. The move was unprecedentedly bullish for the crypto market, which was still fairly new and mostly propelled by passionate enthusiasts.

In retrospect, Overstock’s decision seems almost prescient as the cryptocurrency inches closer and closer to becoming a mainstream payment method. Crypto payroll company Bitwage has partnered with Texas-based HR firm Simply Efficient HR to allow various companies to pay out their employees in either bitcoin or ether, writes Bitcoinist.

Although Bitwage also offered the option since 2014, the company only recently perfected its tools so as to allow W-2 employees to remain fully compliant with tax regulations while receiving crypto salaries. According to some commentators, the increase in crypto salaries could be the turning point for large-scale retail adoption.

More optimism surrounding adoption comes from the recent partnership between Bitcoin ATM distributor Coinme and major coin counter Coinstar. Like Overstock and Bitwage, Coinme has been in the crypto business since 2014, but the latest deal promises to take the idea of Bitcoin ATM machines to a new level.

As per the announcement on January 17, Coinme executives shared that bitcoin could be available at thousands of locations across the U.S., reports Bitcoinist. Coinstar itself currently provides around 20,000 “kiosks” worldwide.

Coinme’s press release noted that the partnership is meant to greatly simplify bitcoin acquisition and allow one to purchase the cryptocurrency as part of a daily routine. The ATMs will allow single purchases of up to $2,500 worth of bitcoin by issuing crypto vouchers in exchange for paper money. The vouchers can then be redeemed on Coinme’s website.

Implementation of the project is already underway and numerous users have attested to the ATM machines’ functionality. While a relative novelty in the U.S., Bitcoin ATMs are close to commonplace in Switzerland, a blockchain-friendly European nation. The country already hosts 46 Bitcoin ATMs, and its main rail service offers cash-for-bitcoin vouchers at every train station. Nonetheless, given Coinstar’s extensive reach, the U.S. could soon surpass its Swiss counterparts in terms of Bitcoin distribution locations.

Even before this news, a study released in September 2018 predicted that the Bitcoin ATM industry could be worth $145 million in the next five years. Yet the true winners in all this could be crypto investors, as the ever-increasing number of Bitcoin users may put upward pressure on cryptocurrency prices, even during a possible recession.

What do you think will be the tipping point for widespread adoption of Bitcoin? Let us know in the comments below!