No One Agrees on Why… But Bitcoin Continues to Surge 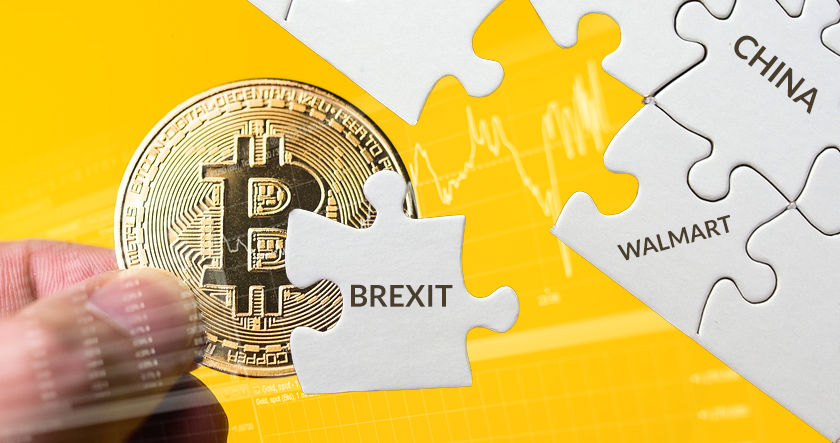 Following a bearish 2018, Bitcoin has made a triumphant return this year, with prices nearly quadrupling between May and July. After passing $13,000 in late June, BTC trended lower to just under $10,000 by the end of July.

The four-figure price level didn’t stick for long, and prices once again exploded to nearly $12,000 within a matter of days, gaining as much as $500 within minutes in certain instances. In total, last week saw Bitcoin’s price increase by roughly 20%.

Speculations abound as to what caused the sudden price jump, and many were quick to point to the escalating trade-turned-currency war between the U.S. and China. On Wednesday, the yuan reached its lowest point in nearly a decade, reverberating President Trump’s accusations that the Chinese government is engaging in currency manipulation.

Some pundits have interpreted the recent inverse correlation between the Bitcoin and yuan as a sign that Bitcoin is becoming a safe-haven asset in its own right. The notion holds special weight given Bitcoin’s status among the Chinese people who, despite government restrictions, are using the cryptocurrency for both daily trading and as a long-term store of value. With the lack of reliable investment options in China, the people may very well be using Bitcoin to protect their wealth as the government erodes the currency further.

Other analysts, like eToro’s Mati Greenspan, have pointed to the situation in the U.K. as another possible catalyst for Bitcoin’s rise in price. The British government has been unable to broker a satisfactory trade deal with the European Union ever since the Brexit vote was passed in 2016. The increasing likelihood of a no-deal Brexit has placed enormous pressure on the pound, as the sterling was recently sent below $1.21 for the first time since January 2017. Most agree that a no-deal Brexit could severely disrupt Britain’s economy and devalue its currency, and these fears have become especially prominent as Britain approaches its scheduled Brexit date on October 31.

Further, Walmart is reportedly looking to develop its own coin to compete with Facebook’s Libra, which some believe has powered Bitcoin’s latest run.

However, it may be more reasonable to view Bitcoin’s price gains this year as a simple cessation of a bear market and the start of a bull one. As other analysts have pointed out, all assets go through bearish and bullish cycles. Having ended a bear market that lasted for over a year, it’s a decent proposition to say that Bitcoin is simply ushering in another bullish period as it has done in the past, except with far greater valuations.

The latter point could become exceedingly prominent as Bitcoin is less than a year away from a so-called halvening, which will slice miners’ rewards in half. These events place pressure on supply and are generally seen as a major boon for coin prices, as evidenced by Litecoin’s own halvening which helped boost its prices by around 300% since the start of the year.

With so many theories abounding, we want to know: What’s your take on Bitcoin’s latest surge in price? Let us know in the comments below.