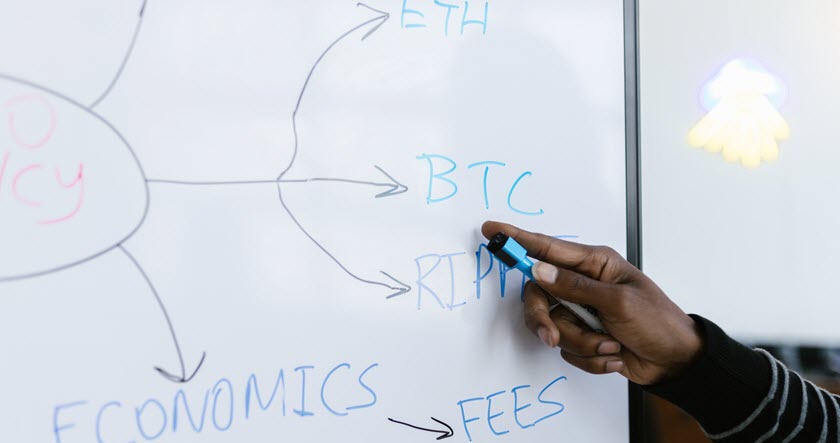 Much of Ethereum‘s prominence and popularity is related to what it can do, compared to what bitcoin can’t. Smart contracts and low transaction fees have become synonymous with the Ethereum network. On the other hand, for all its benefits sides, bitcoin stands on the opposite end: A comparatively lower utility and high, sometimes eye-watering transaction fees.

Being a true decentralized hodler’s token, bitcoin and its underlying network don’t see many updates. The spawning of Bitcoin Cash in 2018, which has since become a top-40 cryptocurrency in its own right, is an example of how difficult it is for network participants to reach a consensus.

Well, a few things have changed.

The recently-activated Taproot soft fork is a rare example of a network upgrade, and it might remind people that bitcoin doesn’t just sit there. Bitcoin developer and Taproot devotee Hampus Sjoberg announced on June 2021 that miners reached a 90% consensus for the first time, and he’s certainly optimistic about it.

In an earlier article, Sjoberg referred to this upgrade as a “100 years softfork.” In other words, this one upgrade enhances the network to future-proof bitcoin for the next century.

That’s a huge claim. What are we to make of it?

Taproot and the market’s response

Trying to figure out price drivers in the crypto market can be a messy business. Nonetheless, it pays to note that Taproot is the first major upgrade to bitcoin since August 2017, and we all know how the later months played out.

But what does Taproot do exactly?

Equal parts a little and a lot, which is the way bitcoin enthusiasts like it. More specifically:

Katherine Dowling, general counsel and chief compliance officer at Bitwise, said that even with Taproot bitcoin probably can’t hope to reach Ethereum’s flexibility. But just being a strong competitor in that regard says a lot for the number one cryptocurrency. Let’s remember bitcoin is the only digital currency that so often draws comparisons to gold, which spends most of its time sitting in vaults.

Dowling says Taproot will position bitcoin to see more use in day-to-day transactions, which could be huge for the market. While bitcoin’s brand name recognition and growing adoption are still unmatched, many have opted to use other cryptocurrencies that offer fast transactions and minimal fees when actually transacting crypto.

Improved privacy is yet another massive benefit during a time when many altcoins are pitching themselves as the #1 secure-and-private currency. As Sjoberg explained, the already fairly private Bitcoin network should become all the more so with Taproot active. The upgrade will attempt to better “blend in” payments made on the Lightning network so that they are indistinguishable from other transactions.

The Taproot update went live on November 14, and mobile financial platform Cash App will be among the first and most notable names to adopt Taproot bitcoin, promising compatibility by December 1.

(It’s not exactly surprising to learn Cash App is owned by Square, a payments platform whose prescient early adoption of crypto made many of its peers look a bit dumb.)

Sjoberg emphasized how important it is that consensus has been reached, as it shows that the network can still be upgraded without the need for hard forks. How this affects bitcoin’s use and price remains to be seen. Hodlers may keep hodling, even though transactions will be faster and cheaper than ever before. On the other hand, adding benefits to an asset can’t help but improve its competitive position, even though buyers might never intend to take advantage of the additional functionality.

We’ll keep watching to see how the market reacts. Like so many developments in crypto, this promises to be an interesting one.