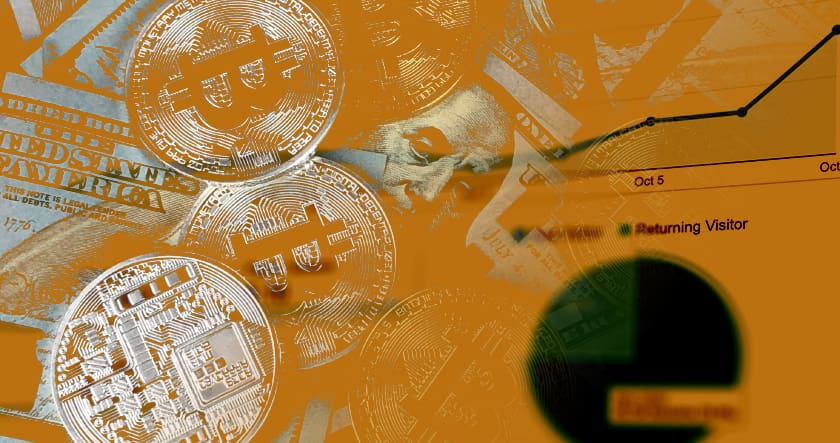 After months of being stuck in a bearish rut, Bitcoin has finally bounced back up this week, and in a major way. Following numerous dips and an apparent bottom at around the $3,500 level, the world’s primary cryptocurrency reversed course in February and has risen since then, breaching the $5,000 level on April 3.

Many crypto loyalists will likely see this as a reward for their faith in the asset, and rightly so. Ever since its December 2017 peak, Bitcoin’s price had mostly been falling in a manner that could be described as optimism-testing. The critics certainly minced no words as they predicted a permanent downward spiral, with some among them proclaiming that 2017’s blast was a one-and-done deal.

Clearly, this pessimistic prediction has not materialized. Gaining $1,000 in a matter of days shows that Bitcoin is plenty capable of not just recovering but also enticing the imagination of current and potential investors alike.

Could we see another surge comparable to that of 2017? According to Bitcoinist, 2019 looks like an even better year for BTC than 2017. When Bitcoin jumped from around $2,000 to nearly $20,000 within six months, there was very little infrastructure behind it. Cryptocurrencies were still a fairly “cryptic” topic, and although coins were already widely used, the average investor or consumer would have been hard-pressed to answer what blockchain is.

These days, the landscape for digital currencies is a different one altogether. While jumpy market watchers lamented the price drop, those in the know watched Bitcoin’s infrastructure strengthen on a daily basis. Compared to 2017, Bitcoin’s prospects look strikingly better.

Funds, traditional exchanges, high net-worth individuals and even banks have been coming around to Bitcoin and other cryptocurrencies. The coin has become a staple payment option among some retailers, and the trend of merchant adoption continues at a steady pace. Bitcoin ATMs, once considered a novelty, are now looking to become commonplace in both the U.S. and Europe.

As Bitcoinist notes, there are other technical developments that are just as exciting. Bitcoin’s improved scalability is finally paving the way toward lower fees and faster transaction times. Scams are becoming less of an issue as regulatory bodies work on fostering a safer market.

There has been much speculation on what caused the recent breakout, and even the top names in the industry admit to not knowing the exact reason, according to CoinTelegraph. Perhaps the most solid theory offered so far is that investors have been swayed to view Bitcoin as a reliable long-term store of value due to its decentralization. After all, the recent price jump comes amid a slew of scandals and compromises involving big banks and big tech, along with general geopolitical unrest.

Whether Bitcoin price continues to rise, as it has done over the past few days, is less relevant compared to what the spike itself suggests. The jump from $3,500 to over $5,200 challenged theories that Bitcoin’s price can’t or won’t recover. Better yet, it posed an interesting question: if Bitcoin can go from $200 to $20,000 with close to no infrastructure supporting it, what can it do on the cusp of mainstream adoption?

Let us know in the comments below about what you think the rest of 2019 may have in store for BTC!