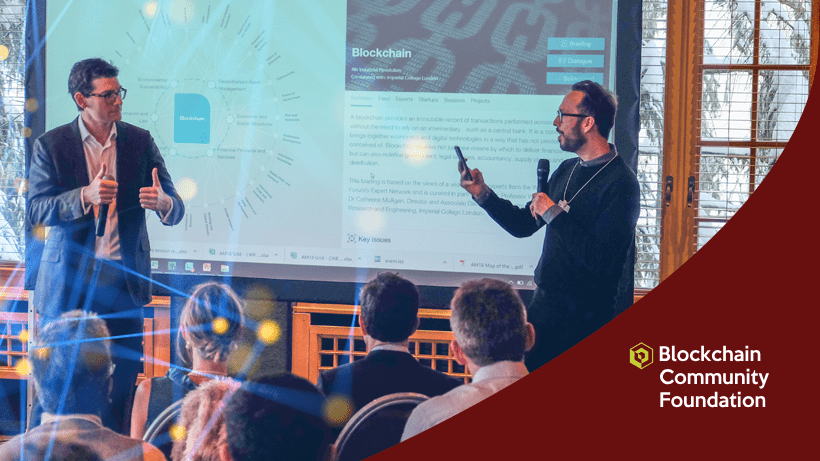 This week’s interview is with Samuel Suh, CMO at Archon Technologies and Founder of the Blockchain Community Foundation. The BCF’s mission is to educate the public about blockchain and cryptocurrency, advise other non-profits about cryptocurrencies, and raise funds for unique projects in the blockchain ecosystem. Suh was skeptical about cryptocurrency at first, but read his story below to find out what changed his mind and how he thinks blockchain will evolve in the future.

BitIRA: Tell us how you got started in blockchain technology?

Samuel Suh: I got my first Bitcoin back in 2014 because someone asked if they could pay me in Bitcoin. I said “sure, but I have no idea what that is.” They introduced me to what it is, but not why it exists, or the movement behind it. I forgot about it until a few years later, when I met a friend who was irrationally enthusiastic about it. After getting fed up with their incessant mentions of cryptocurrencies revolutionizing the world, I sat him down and bombarded him with questions, which he managed to answer with thoughtfulness and depth. I was hooked by then, and started to look into how I can get involved.

BitIRA: You have played a part in starting a number of projects, including the Blockchain Community Foundation. Can you tell us more about those, and what their mission is?

Suh: My past projects are all focused on building communities. Communities are the core of any movement, whether that’s the community surrounding a video game, a new product, or one decentralizing power back to end users. Building a core community is about giving people a nucleus of purpose to affiliate their personal identity with, and then give them a reason to stay and contribute.

BitIRA: A specific area of interest for you seems to be in blockchain compliance frameworks. For those who don’t have a technical background, how do you like to explain what this is, and what promise it holds for the future?

Suh: Compliance is a tricky topic; essentially it’s talking about the legalities of blockchain and blockchain-based projects within the laws of certain countries. Part of my background is that I am a bar-admitted attorney in the state of New York. This allows me to be comfortable dealing with the legal ambiguity and uncertainty of blockchain’s status in the eyes of various regulatory agencies such as the SEC, CFTC, and others.

While this background may sound like it’s enough to understand what to do regarding blockchain projects, it’s much more complicated than that. The fact is that nobody really knows what the “right way” to do a blockchain project currently is; many have built collections of best practices and motivations, which culminate in a framework, or template, or decision-tree that new projects can adhere to. However, none of these have been officially approved by any regulatory body in the US as of yet. So understanding these frameworks is a good way to see what’s out there in terms of best practices, and priorities.

BitIRA: Thinking 5-10 years from now, in what fields and walks of life do you believe blockchain and distributed ledger technology will have the great impacts?

Suh: Blockchain ultimately is a data structure; it doesn’t do much by itself. Blockchain is also the weapon of choice for projects contributing to the decentralization movement. DLT is a little different because they are using blockchain/DLT technologies without that decentralization component, necessarily. It’s a different use case, but both have their strengths and weaknesses. DLT is most commonly found in an enterprise setting, where large existing companies try to leverage the immutability of a one-way ledger to help support their enterprise goals. It typically solves a real problem, and has a clear path to usability and user adoption, because these enterprises already have existing customer relationships, and a lot of experience launching new product lines.

Blockchain for decentralization is more of a cultural and societal shift, and these lifestyle changes are being encapsulated in blockchain-based projects. This has the benefit of having somewhat of a cult following, and is extremely popular among the younger generation of 18-35 year old males primarily. There are people that genuinely love blockchain, and identify with the decentralized movement, which can bring a lot of passion and raw energy to the table. As this generation matures and gains more experience in business, we will begin to see fundamental shifts in our society, with blockchain being a component enabling the decentralized and trustless environments necessary to make these new paradigms feasible.