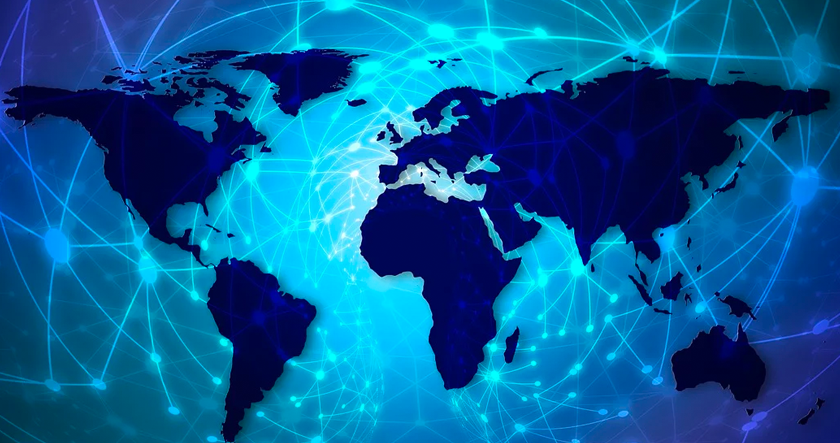 With the Coronavirus bringing the global economy to a screeching halt and incapacitating the global supply chain system, economist Nishan Degnarain notes that the world must now consider how blockchain can act as a solution.

This is accentuated by the fact that the crisis has brought about an environment of frenzied buying for medical supplies and similar key items. With no time for checks in these critical moments, there has been a rise to fraudulent suppliers and brokers looking to take advantage of the situation. And while governments and health systems around the world are updating their policies to accommodate the crisis demand, the legacy workings behind supply chains are nonetheless slowing down or altogether preventing access to key goods.

Degnarain outlined five issues that are plaguing the current Coronavirus crisis-driven market for medical supplies and protective equipment, and how blockchain could help rectify each of them.

For starters, blockchain could provide a platform for nations to update suppliers in regards to product standards with much greater efficiency, slicing the amount of time it takes for suppliers to sort and ship their goods, while also creating an auction-style market. Supplier credibility has likewise risen to become a major issue as demand intensifies, and blockchain could allow for government entities to do a full check on a supplier without delays.

As factories and the like slowly open shop again, those in charge are demanding up-front payments due to the damage that their business has suffered due to the crisis. Blockchain would not only facilitate a major upgrade to how payments are disbursed by introducing a system reminiscent of escrow but would also help suppliers vet out real orders from those that are made by questionable sources.

Customs certification and tracking of packages are both major issues that are keeping supplies away from those in need. By using blockchain technology, customs officers could quickly validate incoming shipments and avoid unnecessary delays. Similarly, blockchain would allow for more advanced shipment tracking, one that would offer greater transparency as the items travel and ensure that the package contents haven’t been mishandled somewhere along the way.

While it might seem that there is no time for an upgrade from legacy systems to a more modern solution in times of crisis, Degnarain notes that now might be the perfect time to begin the migration process, especially as the crisis highlighted deep-rooted issues that will likely persist indefinitely without being addressed. Congress has enacted a $2 trillion stimulus package, and Degnarain believes that some of it should be allotted to blockchain technology, not just to improve existing systems but also to better distribute the stimulus among various recipients.

Blockchain has already been used to verify the source of food and similar sensitive products, leaping from one technology to another far from unrealistic. As Degnarain notes, blockchain’s ability to merge private and public systems and allow them to work together would prove invaluable during times such as these, when the entirety of global demand is constricted by the lack of communication and guarantees between the buyer and the seller.