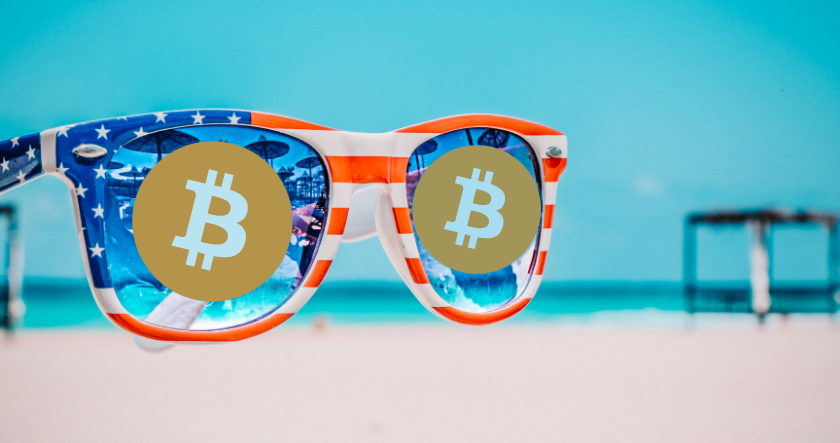 Not waiting for the ballot counting to start for the presidential elections in the U.S., Bitcoin soared past $14,000 on November 3 after posting a similar performance the month prior. As Forbes contributor Billy Bambrough notes, the level represents a 50% jump over the past six months and the first two instances of Bitcoin passing $14,000 since December 2017.

In 2017, Bitcoin’s climb past the $14,000 mark might have very well been called a bubble, and the precipitous fall that followed corroborates this. But the market of today has little in common with that of three years ago, aside from interest. While it might seem that a 50% gain in six months is overblown on the front of it, the climb has been nothing if not steady.

Before the broad March sell-off that affected all markets as investors scrambled for liquidity, Bitcoin was trading just around the $10,000 level. There was no shortage of interested parties afterwards, and Bitcoin recaptured $10,000 by early May. From there, the aforementioned steady climb continued, accompanied by exceedingly strong fundamentals and demand from all sides.

Of course, corrections are a possibility in every market, and George McDonaugh, managing director of digital asset investment company KR1, says that Bitcoin loves nothing more than to surprise everyone. Even amid what looked to be a straight line towards $20,000 in 2017, McDonaugh explains that Bitcoin pulled back by roughly 30% several times along the way. Yet McDonaugh, like many others, believes Bitcoin has entered a bull market, and that 2021’s performance could make this year look tempered in comparison.

Joe DiPasquale, chief executive of hedge fund BitBull Capital, took note of Bitcoin’s seemingly strong support around the $13,000 level, one that has allowed crypto bulls to continue bringing the token higher. The support rests on solid footing, as the entry of funds into the market has essentially handed over the reins to institutions, making massive drops look like an exceedingly unlikely scenario.

While DiPasquale believes that the crypto market, like others, could experience short-term volatility towards either side, he finds Bitcoin’s long-term prospects highly bullish. The outlook is difficult to ignore, as the price action over the past three years reflects the slow building of an entire infrastructure. The same infrastructure has brought giants from tech and finance into the crypto sphere while making cryptocurrencies even more accessible and useful to the average person. And, as chief executive of crypto app Swan Bitcoin Cory Klippsten points out, Bitcoin has found tremendous use as a hedge among investors this year due to uncertainty and inflationary concerns.

These aren’t likely to dissipate any time soon, as quantitative easing and monetary stimulus look to be the policies of choice among central banks. With more and more familiar names entering the space and an optimistic environment, Klippsten also made an interesting point regarding big sellers becoming scarce. This should play an especially important role when it comes to price action as Bitcoin draws closer to its fixed supply of 21 million coins.