How Cardano Became the World’s #3 Cryptocurrency 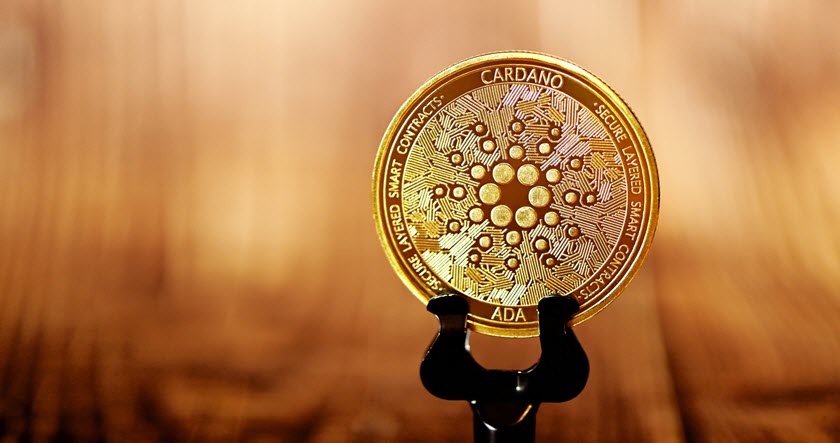 It doesn’t take a crypto expert to tell you the cryptocurrency market has always been unpredictable. But we’re not talking about wild price fluctuations. Cryptocurrencies are far more unpredictable than that. Often, this manifests as an altcoin that rockets apparently out of nowhere, and soars up the market cap list ahead of anyone’s expectations.

After this happens, commentators and analysts are quick to write hindsight explanations claiming they saw it coming.

Dogecoin’s climb from a few cents in value to a high of over $0.50 and a long-term stay around $0.20 is just one example of this (and it was a quick one).

Now, we have Cardano and its native ADA token doing even better, shouldering aside such respected cryptocurrencies as Tether and Binance’s BNB to become the third-largest cryptocurrency by market capitalization.

Did you see it coming?

Cardano’s path into the Top 10 is maybe the opposite of Dogecoin’s. While technically there are uses for DOGE, its growth was primarily based on speculators seeking to make money on “Dogefather” Elon Musk’s joke tweets.

The Dogefather
SNL May 8

Cardano, on the other hand, has an ambitious team behind it. Sure, plenty of altcoins do, though. Not even the nicest Powerpoints and cleanest code do much for adoption and cryptocurrency prices. So what makes Cardano different?

Making the world better for all with science!

Cardano is, at heart, a proof-of-stake (PoS) blockchain platform. The official website is quick to point out a key differentiator: “the first to be founded on peer-reviewed research and developed through evidence-based methods.“

Cardano positions itself as a direct competitor to Ethereum, on this post about bringing the ERC20 standard to Cardano:

Ethereum is a popular and functional blockchain platform, but it is slowing down and becoming more expensive. As more network participants interact with decentralized applications, the ‘gas’ fees paid for validating transactions are rising sharply.

We’ve already seen that Ethereum is migrating away from mining, toward a PoS-based incentive structure. In the meantime, Cardano is already there.

And that’s huge. Right now, 78.3% of all decentralized applications (dApps) run on the Ethereum network. It’s the backbone of many other tokens. The common perception is, there’s just not a real alternative.

Here’s where Cardano is attempting to step in.

In less than two weeks, Cardano’s team plans to make smart contracts available on their network (just like Ethereum). And that offers an alternative track around the barriers to entry holding back broader decentralized finance (DeFi) adoption:

Given the difference in their utility, we haven’t really heard Ethereum called the “Bitcoin Killer.” On the other hand, we’ve heard about a lot of potential Ethereum assassins. Today, Cardano looks like the top candidate.

Whether or not you think Cardano can pull it off, looking at ADA’s performance demonstrates there’s no shortage of faith.

Grayscale added ADA to its Digital Large Cap (GDLC) fund with the biggest allocation after bitcoin and Ethereum, which was seen as a significant institutional nod.

As Cardano’s team likes to point out, the token’s owners are mostly HODLers themselves, with 72% staked. While part of it has to do with wanting to become network validators in the future, there’s certainly more to be said about it. Cardano’s passing of the $2 mark from being rangebound around $1.20 was seen as a big deal, and many are seeing a possible passing of $3 as equally huge.

Obviously, investing early is the goal of every investor (before everyone else comes along and drives prices up). Especially long-term investors, for instance those who open a digital IRA to save for retirement.

With that in mind, cryptocurrency investors should take a look at the so-called Ethereum Killer hovering around $2.50 while its rival is passing $3,500.