Chainlink: The Bridge Between Business and Blockchain 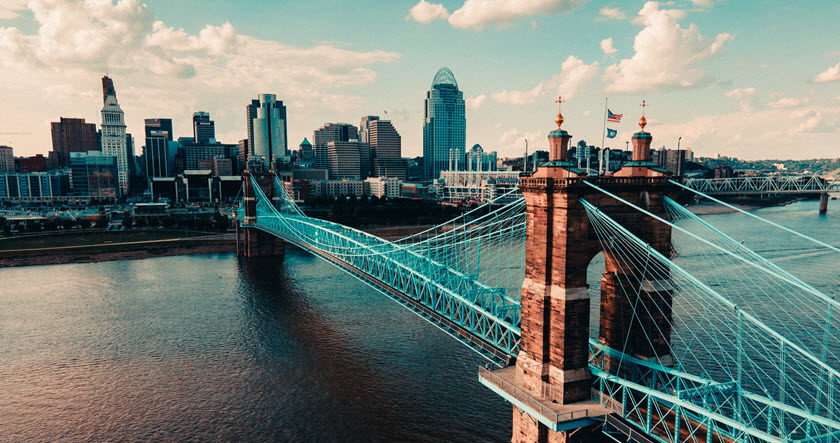 Picking the right altcoin has been on the mind of every educated crypto investor for a while now. Chainlink (LINK) was one of the earliest altcoins that caught our attention, especially its long-term value potential. Long-term value is always among our top priorities.

Most in the crypto industry now view LINK as “one of those” promising, next-generation cryptocurrencies, as it jumped from $2 early last year to roughly $25 now, and hit an all-time high of over $50 in May.

While a handful of popular cryptos popular among day-traders and speculators have taken Chainlink out of the top 10 for now, it’s still in the top 20 (the 16th highest crypto by market cap today). Chainlink has always had a promising value proposition, but its performance can’t be attributed just to a focus on DeFi the DeFi boom. As Ethereum has consistently shown, it’s really the development team behind the token that separates any crypto from the 11,000+ “me too” cryptocurrencies.

With four years of continual improvement under their belt, Chainlink’s founder Sergey Nazarov and his development team aren’t content to sit and watch their cryptocurrency’s price.

Their latest announcements, and their second whitepaper published in April, tell as the story. The parallels between LINK and ETH can be seen with the 2.0 suffix, and while Ethereum is looking to resume its role as the primary smart contract network, Chainlink is aiming to become the universal bridge between on-chain and off-chain data — and between blockchains themselves.

Basically, Chainlink can read external data that’s not recorded on-blockchain to determine whether or not a smart contract is fulfilled. Then it can report those results to any blockchain, even those that aren’t inherently compatible (like BTC and ETH for example). Furthermore, Chainlink can fetch information that is on blockchain and pass that off-blockchain, into the real world.

Here are a few use cases:

Borrowing and lending: Lending and borrowing platforms require a price feed to ensure the total value of the collateral. Use Chainlink to issue and settle loans, liquidate collateral, and calculate interest payments.

Stablecoin algorithms: Stablecoins require a price feed to assert the value of the underlying collateral backing the asset. Use Chainlink to create stablecoins pegged to fiat currency, currency baskets, or commodities.

Cross-chain apps and functionality: Standardized interface for smart contracts to send messages to any blockchain network. With a single method call, developers can communicate across any Chainlinked blockchain.

Ultimately, Chainlink offers a plug-and-play on-ramp to any business to connect its existing operations to blockchain-powered smart contracts.

That’s a huge idea. Remember our discussion of the network effect in relation to banks offering crypto custody?

And, thanks to the network effect we’ve discussed before, each time a new bank offers crypto custody, it makes crypto adoption easier for every other company. It’s a self-reinforcing virtuous cycle of crypto adoption.

Chainlink is doing the same thing, but not for finance. Chainlink’s goal is to bring blockchain and smart-contract benefits to all business operations.

Chainlink’s vision of a better blockchain for business

Ask any C-level executive their primary concern about adopting blockchain procedures, and what’s their #1 concern? Security. And the Chainlink development team knows it.

Nazarov doesn’t just want to make the myriad of blockchains interoperable, and he wants to do it with security and decentralization in mind. With good reason. The attack on cross-chain platform Thorchain, which resulted in $8 million of losses and a temporary halt of the protocol, and two attacks that took away $8 million from Chainswap’s bridge are examples of what Nazarov is trying to avoid.

Nazarov boasts that Chainlink’s baseline security has allowed it to completely avoid being targeted by these and various other types of attacks. Chainlink’s newly-announced Cross-Chain Interoperability Protocol (CCIP) is meant to drive the point across, with two new measures in the form of increased decentralization and the introduction of something Nazarov calls the “anti-fraud network.” Essentially, the anti-fraud network is an independent network of nodes that provides oversight and audits activity, shutting down questionable and obviously fraudulent activity.

The goal is to provide protection “in a trust-minimized way.” In other words, empower businesses to stop worrying about security.

It’s clear that Chainlink is looking to scale the project up, as Nazarov intends the CCIP to be run by experienced teams to allow LINK bridges secure billions or even trillions of dollars. The other announcement launching of the Keepers service on Ethereum’s network plays a role, too.

In essence, Keepers are smart contracts that will look to automate processes on the network to both speed things up and minimize the risk of foul play by various parties, including developers themselves.

These contracts have already burst onto the DeFi scene, and offer to automate and secure activities ranging from the issuing of new tokens to managing yields and loans.

It’s definitely busy times in Chainlink land. Its nodes already secure $30 billion in smart contracts. You’ve heard the saying, “during a gold rush, sell shovels”? Chainlink is positioned to become the provider of a proprietary, resilient and fully-interoperable system that the entire crypto sphere relies on. Chainlink may be the best candidate for an investment in long-term cryptocurrency adoption.