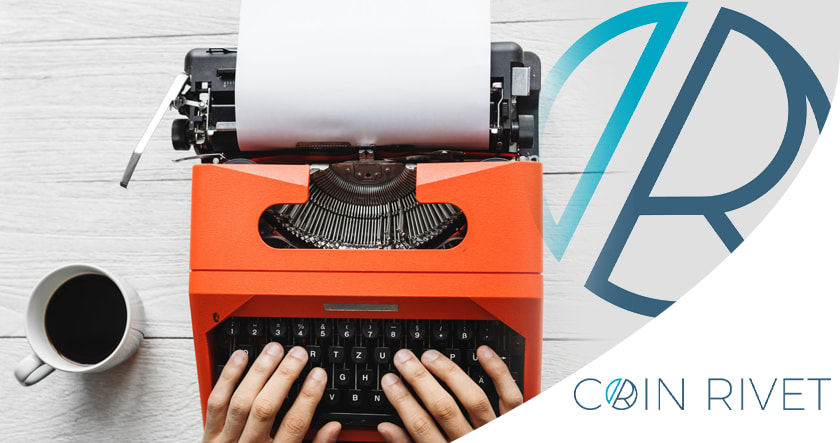 Darren Parkin is Editorial Director at Coin Rivet, a blockchain news and analysis company. He talks to BitIRA about the challenges of covering current events in the cryptocurrency space and also what he hopes for the future of the industry.

BitIRA: How did your interest in cryptocurrency develop?

Darren Parkin: It was a slow-burn for me. I’m quite old fashioned – I use a fountain pen, listen to classical music and I spend my spare time in a canoe or in the woods teaching bushcraft. No phone, no computer, etc. I make notes on an A5 notebook and, if I’m using a map, it’s made of paper rather than a GPS and such like.

But, somewhat hypocritically, I also love gadgets and tech. I was first drawn to blockchain as ‘tech for good’, but then I began to understand where cryptocurrency fitted in to the future of world finance and, although we’ve got a long way to go yet, I wanted to be a part of its development.

That’s where the real interest lies. I want to sit back on my boat as an old man watching my kids and grandkids using crypto while I mutter something cheesy like “Hey, I was there at the beginning”. Not because I want them to turn around and thank me for it, I just have this sense of that’s what my interest has developed into – it’s something of a sensation that we’ve got an opportunity to change the world, make a difference and be part of the history of crypto.

It started as a passing interest, but now it feels like an obsession.

BitIRA: What drove you to become the Editorial Director of Coin Rivet?

Darren: Partially my passing interest in crypto at the time, but largely the drive of our CEO – Sheba Karamat.

She’s an absolute force of nature and within minutes of meeting for the first time just said: “Right, I want a newsroom, and I want journalists doing journalism. I want this many articles by next month, and I want to be the best damn news website for cryptocurrency and blockchain in the world. What do you need to do that? Give me a shopping list!”

It was hard to refuse. My background is as an editor in the declining industry of daily newspapers. It had been about 20 years or so since someone had offered to provide the resources to build something rather than tear it down.

I’ll be honest, I was reluctant at first. I think the ghost of redundancies and newspaper closures forced my mind to think it was all too good to be true at first, but there was a serious electricity about meeting a CEO like that which reignited some of the fires within.

I think when you have a CEO who’s willing to match your desire to succeed and go seven-days-a-week hell for leather in getting the job done, it makes a massive difference.

We’ll be exchanging messages, emails and documents at all hours, making business decisions on Sundays – the times when most people are switched off from work. We’ve got a management team that’s just plugged into it around the clock.

It makes you want to fight hard for the company, and that’s the passion you need to be the best.

BitIRA: What is the hardest part of covering news in the cryptocurrency industry?

Darren: The nonsense, the confusion, and the bad players.

The nonsense factor is huge and dangerous. Thankfully, we’re sailing clear of the muddy waters of ICOs now which has reduced some of the crazy stuff, but we still do get asked to cover the odd story which, when you look at it closely, you’re left wondering why someone is developing something so utterly pointless. Then you slowly realise their sole motivation is trying to make money. This is the kind of thing we need to be alert to all the time.

The confusion bit is all about knowledge and education. We’ll never reach the mass adoption we want until we make cryptocurrency and the technology surrounding it more accessible. We try to explain things in simple terms as much as we can but, seriously, you have to see it through the eyes of people who might like to get involved in cryptocurrency – can you imagine the reaction of someone new to this when they’re faced with some of the complex terminology and seemingly ridiculous words that are used? Go on, try telling your mum about hodl, flappenings and mooning – then you’ll get where I’m coming from.

The bad players? Well, let’s be frank, you get bad people and operators in every industry. But where there are fortunes to be made, it certainly amplifies the worst in people. Don’t get me wrong, through blockchain and crypto I’ve encountered some of the most wonderful people I have ever met in my life, but I’ve also endured some of the most monumental morons to ever walk the earth. Still, it makes it all interesting doesn’t it?

BitIRA: How do you handle the fluctuating trust the general public has in cryptocurrency?

Darren: You just have to go with it. We can’t change it – we’re journalists, not PR agents.

Our newsroom has to operate in the same way as a wildlife film crew – if the lion takes down the baby zebra, we’re there to film it, not interfere with the work of Mother Nature. Sure, we can inwardly hate the lion a little bit and mourn the zebra, but our job is to report the facts of it rather than manipulate the outcome.

BitIRA: What would you most like to see change about the cryptocurrency industry?

Darren: Back to the bad players again. I’d dearly love to see mass adoption pick up pace, but I don’t think we can when we still have scammers and people with deeply questionable motives still prevalent in the space. It gives people a fear of being tricked, and that just puts them off.

The very core principles of blockchain are all about trust and honesty, and that’s the tech which underpins cryptocurrency. Once we root out the bad guys, we’ve got a better chance of hastening mass adoption and making the world a better place.