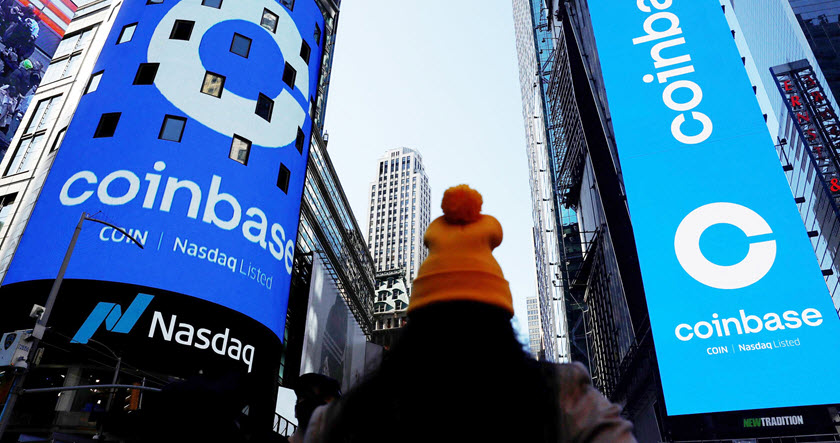 Some six months after rumors that Coinbase would make its debut on the stock market, the largest cryptocurrency exchange in the U.S. finally exploded onto Wall Street this week with a roar. Coinbase’s premier was good for both the crypto world and the exchange itself.

Bitcoin jumped above $64,000 on the news, pulling many of the top tokens along the way. Coinbase’s own performance, however, was even better.

When early, unconfirmed reports that Coinbase would aim for an IPO came out, it was estimated that it would do so with a market valuation of $8 billion. Instead, the company’s valuation briefly passed $100 billion as the COIN:NASDAQ share price jumped on its first day of trading from its initial price of $250 to $429 before settling at $328 at market close.

The massive market cap tells a tale of the sheer quantity of interest surrounding the crypto space. Only 93 companies listed on the S&P 500 Index exceed $100 billion. Coinbase’s valuation alone is now close to the combined market value of both Nasdaq Inc and the Intercontinental Exchange. In other words, one crypto exchange is nearly worth two stock exchanges! How is this possible?

Unlike the majority of companies that go through an IPO, Coinbase is actually profitable. In no small part due to the crypto market’s outperformance over the past few months, Coinbase reported Q1 revenue up 11-fold over 2020’s numbers (58% more than it made in all of 2020). Its 2020 revenues were already nearly triple its 2019 income.

These profits came from commissions on crypto trades and purchases from Coinbase’s more than 56 million users as of March 31. Coinbase reported a $335 million trading volume in the first quarter. And here’s the thing: Coinbase is extremely profitable, as Fortune’s Shawn Tully explains:

Its 35% operating return on sales equaled the 2020 margin posted by Goldman Sachs’s Global Markets franchise in one of its best years ever.

We already knew crypto was hot, that everyone from old-school banks to Robinhood day-traders were buying crypto. Here’s a good argument as to why…

The red flags around fiat currencies continue to arise, and maybe that’s part of why Coinbase is so popular. Bitcoinist contributor Yashu Gola argues that Bitcoin soared above $64,000 not on news of Coinbase’s listing, but rather inflation expectations.

The CPI data for March released by the U.S. Bureau of Labor on April 13 showed that the index rose by its highest in nine years. Gola cites a Reuters poll showing the jump in inflation actually exceeded the already-high expectations of expert economists. Some forecasts predict inflation could surge as high as 3.5% by the end of the year.

With many believing that the CPI Index heavily plays down actual inflation, it’s hardly a surprise that Bitcoin’s 21-million fixed supply is becoming one of its main selling points. Recent events in Turkey, a plunge in the lira’s strength and the availability of cryptocurrencies, demonstrates exactly what happens when savers have a choice between clinging to a sinking sovereign currency or sheltering their hard-earned cash into cryptocurrencies. A tea shop owner in the Turkish town of Çorum told The Guardian:

Everyone we know in Çorum is starting to invest in cryptocurrency. We think that in five years or so regular currency will be in decline, it will be replaced by digital ones. So we wanted to be in a good position now.

While investors speculate on where crypto prices are headed, giants like Morgan Stanley and Goldman Sachs are wasting no time in ensuring that their clients have easy access to crypto, with PayPal likewise moving into the space. Perhaps it was the Federal Reserve’s ultra-loose monetary policy that prompted firms like Tesla and MicroStrategy to add massive amounts of Bitcoin tokens to their balance sheets? Are these big companies gambling on the future of crypto? Or are they, like the Turkish citizens, simply desperate to preserve the value of their money?

As for Coinbase, it goes without saying that the exchange had one of the best Wall Street listings out of any firm in recent and not-so-recent memory. While some argue that Coinbase could see its valuation lessen due to more competition, its stock market debut will go down as a historic milestone on the road towards merging crypto with traditional finance.