Crypto Proves Itself as the Most Dependable Form of Money 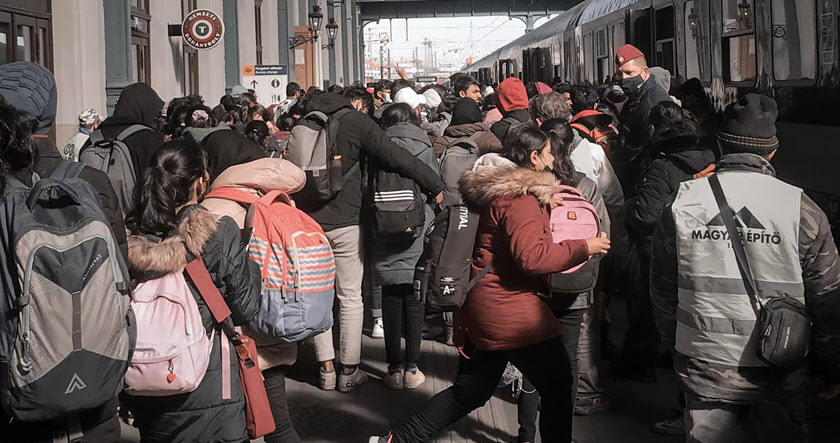 Financial inclusion is an often-touted advantage of cryptocurrencies. Usually, though, inclusion gets mentioned by founders and developers. It’s a topic only mentioned in whispers by the establishment. Why? Probably because every mention reminds us people have been excluded from the traditional financial system. Call them unbanked, or underbanked, or vulnerable, or disadvantaged or “economically underdeveloped” (as if you could somehow “develop” access to the financial system!) – labels don’t matter so much as circumstances. We’re referring to the 31% of the global population that doesn’t have access to banks.

The cryptocurrency marketplace calls them “customers.”

Wait just a second – how can that be? Isn’t the $2 trillion cryptocurrency marketplace just an afterthought in the finance world? Isn’t cryptocurrency just a hobby for jaded millennials day-trading on Robinhood? (Or, of course, money laundering.) After all, the global megabanks, and, lest we forget, the world’s central banks are the real deal. Ask JPMorgan CEO Jamie “bitcoin is worthless” Dimon. It’s the kind of thing a global superbank’s CEO would say – “How dare this upstart cryptocurrency try to serve the economically underdeveloped! If they were worth it, they’d already be my customers!”

News flash for the traditional finance industry: cryptocurrencies are getting the job done where you fear to tread.

Cryptocurrency delivers when banks break down

A crisis, a genuine and truly life and death emergency, has a way of clarifying your thinking. Everything becomes binary: yes or no. Working or failing. Alive or dead.

The nightmarish Ukraine invasion created a true crisis for millions of normal people, just like you and me. One day they were sitting with their co-workers drinking coffee and griping about their exploding inboxes. The next day, they were racing out of the city with their families, moments ahead of actual explosions.

The plight of Ukrainian refugees revealed the many failures of traditional finance. Think about it in terms of Maslow’s hierarchy of needs – in order to survive, we need, at a minimum, food, shelter and clothing. In the modern world, that means money. CNBC recently highlighted the struggles of refugees: “As millions of Ukrainians evacuate en masse, among the many challenges they face is gaining access to their cash from abroad.”

If you were a Ukrainian with money in the bank before the invasion, well, guess what? Weeks ahead of the actual attack, your bank made it difficult for you to access your money. Perhaps new “security checks” are implemented, they explain, to fight the Russians. In fact, the purpose of these security checks is to ensure the banks don’t run out of ready cash… Meanwhile, the invading army is one step closer to your front door. A lot of people knew this, and tried to prepare accordingly – but the nation’s banks stopped them.

Here’s how one report summarized the situation on the ground:

…the war has strained the country’s financial system. As the invasion proceeded, ATMs across the country started to run out of cash, and some people stood in line for hours only to face a $33 limit per transaction. Transferring money out of national bank accounts proved equally fruitless after the central bank suspended electronic cash transfers on the same day that Russia invaded the country.

Add in closed borders, a rapidly depreciating currency, and the looming threat of a Russian takeover supplanting the Ukrainian hryvnia with the ruble, and it was a perfect use case for cryptocurrency.

“I couldn’t withdraw cash at all, because the queues to ATMs were so long, and I couldn’t wait that much time,” one Ukrainian refugee said. He couldn’t wait because enemy soldiers were closing in.

If you were lucky enough to be among the bank-skeptical population and held onto a quantity of cash, let’s hope it was in U.S. dollars, and not the plummeting hryvnia. Otherwise, you lost 10% of your purchasing power in the last six months (and people say cryptocurrencies are volatile…)

That’s the thing with centralization and monopolies: they rely on trust. When that trust fails, people are abandoned. But don’t worry too much – the banks didn’t run out of currency! The Національний банк України (National Bank of Ukraine) is alive and well, and accepting your donations…

Look: there are two sides to this story. To be fair, the base motivation of any institution, especially a national institution, is the same as an individual’s: to survive. The problem arises when an institution and an individual have incompatible goals. When the institution is more powerful, Well, sorry, citizen but your nation needs you to sacrifice for the good of us all.

So here’s a sobering thought: We’re all of us just one national crisis away from becoming “economically underdeveloped.” Our banks may need to “unbank” us in order to survive themselves.

In today’s world, the story doesn’t end here. Because the modern world offers alternatives to centralized control over your finances and your future.

Cryptocurrency is the new “money of last resort”

Those CNBC stories we highlighted above? They’re about Ukrainians who used cryptocurrency to finance their flight from the country, and their expatriate lives.

Brian Mosoff, CEO of Toronto-based crypto investment platform Ether Capital, had an explanation even a central banker could understand:

In that part of the world, crypto – despite its volatility, despite the sentiments that the West has towards it – they don’t ask, ‘Why crypto?’ They just ask, ‘How?’ That’s a very powerful thing for a group of people who don’t have financial stability, or political stability right now. To be able to hold their net worth in some type of asset or product that essentially can be stored in a password.

Some refugees relied on exchange-based wallets like Binance or Coinbase. Others had enough know-how to deposit their cryptocurrency funds onto a USB stick.

Now, consider something here: for virtually all human history, gold has been “the currency of last resort” in a memorable phrase from Goldman Sachs. Gold is trustless, meaning it can be used to transact even between enemies. Gold is highly liquid, easily sold. Its value is universally recognized. Gold has a high value per ounce, meaning you could cram a king’s ransom into a backpack. These are all solid reasons that nations with histories of political instability or abiding distrust of government tend to be the world’s leading gold buyers.

Compare to cryptocurrencies. Today, massive amounts of wealth can be stored, transported and retrieved from a USB stick. You can keep it on your keychain! Liquidity? Anyone will buy, and you’ll probably have an easier (and quicker) time selling, too. Oh, and that sale is more than likely going to be anonymous. No worries about a gang of hoodlums following you out of the pawnshop and mugging you… Maybe not everyone recognizes the value of cryptocurrencies, sure – but have you ever tried to pay for a meal or a tank of gas with a $50 gold buffalo? In both cases, you’ll be better-served by exchanging a bit of your store of value asset for a stack of whatever local paper they use here to do your shopping.

What is this, if not the future of money? It’s only a shame that it took an actual war to prove so many of the shopworn cryptocurrency clichés wrong. Yes, we’ll still have crypto detractors. But you know what? The Ukrainians featured in these stories don’t care. They weren’t engaging in the bitcoin-vs-ether debate, or arguing about whether a CDBC would help the economy. They were just surviving. All the opinions and analysis and catty Twitter wars went out the window when enemy tanks growled into sight.

All this may come as news to Gary Gensler, who recently remarked folks generally wouldn’t prefer to use stablecoins to buy a cup of coffee at the corner café. Maybe he’s right about that. Tell you what, though – a Ukrainian refugee in Poland would be delighted to use stablecoins to buy diapers and formula for her baby. Another in Moldova wouldn’t balk at spending stablecoins to buy a heavy winter coat, because he’d given his to his younger brother. Mr. Gensler, today we submit to you that our choice of payments, even our use of money can be constrained by circumstances. We’re in favor of a world where the buyer gets to decide how to pay for that cup of coffee.