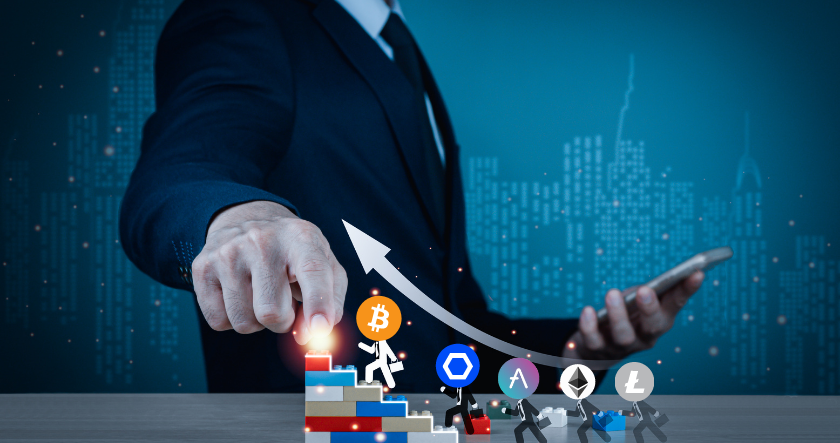 To the surprise of nobody, inflation came in high for the month of March. Yet despite sky-high inflation expectations, the figures still managed to surprise and disappoint most forecasters. CPI rose to 8.5%, the highest level since December 1981, and above the forecast of 8.4%. We’ve reached the point where we’re seeing a whole year’s worth of price increases every four to six weeks.

The White House is blaming Covid, supply chain disruptions (somehow still broken after two years) Russia’s invasion of Ukraine and basically anything other than the unprecedented surge in the money supply. After all, the money supply only increased some 40%:

We know that inflation was coming months before the invasion. Somehow, it still seemed to take the administration by surprise. In response, the Federal Reserve embarked on what may become known as the most ill-advised monetary tightening episodes in history. After waiting far too long, we’re now expecting seven hikes from the Fed this year. Powell is hoping to avoiding a 1970s stagflation scenario, though many fear we’re already in the middle of one.

Cryptocurrencies in the age of the failed Fed

The Fed’s tightening, as well as anticipation of future rate hikes, have caused bitcoin to linger around the $40,000 level. Because of its fairly high correlation with stocks, it hasn’t had the kind of price response we’d like to see, especially in times of inflation. Bitcoin’s price moves don’t seem to line up with investor sentiment…

Across the board, people are searching for inflation-resistant investments. Many are using bitcoin and other cryptocurrencies to shield their savings against the dollar’s drop in purchasing power. MicroStrategy again made headlines by buying around 4,167 BTC tokens between February 15 and April 4, for a total of $190.5 million. The average price they bought at was $45,714 including fees and the like, but the average price in their roughly 129,218 token stockpile is $30,700. (How many bitcoin would you love to have at a $30k-per-coin cost basis?) Their bullish bets have been clearly profitable so far! With a bitcoin portfolio worth $5.67 billion, the firm is doubling down on their crypto investing strategy. Its CEO Michael Saylor said as much in a recent tweet:

He’s far from the only billionaire cryptocurrency enthusiast!

Having experienced hyperinflation in his own country, Pliego said bitcoin is a way to combat all kinds of threats, starting with a dependence on paper money brought to us by the truckload from central bankers of dubious motives.

According to a study by PYMNTS and BitPay, the average person is now actively moving away from dollars, toward cryptocurrencies. Fully 21% of Americans have owned one or more cryptocurrencies over the last 12 months, up from 16% last year, or 18.1 million new cryptocurrency hodlers. That works out to 1.5 million adopters per month.

Bitcoin, Ethereum’s ether crypto and (oddly) dogecoin were the most popular choices. Only 8% of the respondents said they didn’t know about bitcoin, the top crypto.

But wait, the crypto-skeptics shout, digital money isn’t practical for transactions! Tell that to the millions of Americans using crypto. I bet they’d be pretty surprised to hear their cryptocurrency transactions aren’t practical…

In fact, we only have one question: Why is the number not higher? Nearly a third of respondents said that they prefer merchants who accept crypto payment, and were even willing to switch vendors so they can use their preferred payment method.

It highlights a point we have repeatedly made: crypto adoption among everyday Americans is no longer in question. Now, we’ll see how quickly merchants and payment processors can roll out crypto support to cash in on the flood of shoppers who prefer to pay with crypto.

How close are we to the crypto tipping point, where adoption goes from minority to majority? Let’s take a look at the numbers…

Even if adoption stays flat at 1.5 million per month, within two years there will be more Americans who own cryptocurrencies than who don’t. And we know from the network effect the adoption rate is unlikely to stay flat.

There may still be an early-adopter advantage to be gained by diversifying your savings with cryptocurrency (and there’s certainly a huge tax advantage in owning your cryptocurrencies in a digital IRA), but we can’t expect it to last forever. A rising tide lifts all boats. And you probably want to be on the boat already, because once it starts to rise it’s going to be harder (and a lot more expensive) to scramble aboard…