What Crypto Should Expect From the Biden Administration 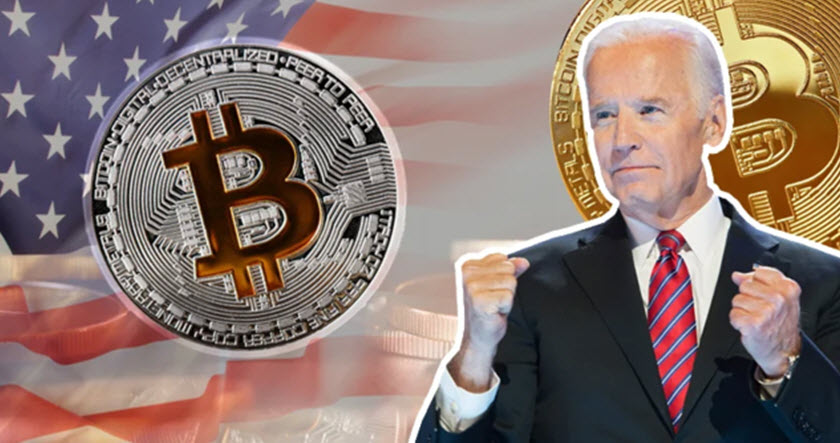 Amid high political turmoil surrounding the inauguration of 46th U.S. President Joe Biden, Coindesk’s Nikhilesh De took a level-headed look at the different appointees Biden could have in store for crypto-related offices. Because of bipartisan disagreements, many questions surrounding existing or planned crypto legislation have risen, but few things seem clear.

For one, there’s the announcement that former CFTC Chair Gary Gensler will assume the role of the head of the SEC. While Gensler’s comments on cryptocurrencies were never excessively positive or negative, there is no denying the veteran’s experience in the sector. Besides having someone with a deep understanding of crypto helming an important regulatory agency, fellow CFTC regulator Jeffrey Bandman believes Gensler might approve a Bitcoin ETF.

While Biden’s CFTC appointee remains unclear, we should expect news during the next Congressional session, with Senator Sherrod Brown at the helm of the Senate Banking Committee. One of Brown’s main talking points is going to be financial inclusivity, and Brown had previously mentioned online access to payment rails as an important factor in this process.

On the other hand, Brown has been harsh toward cryptocurrencies in the past, mostly because they’ve yet to realize “promises to help the unbanked.” During a June 2020 Senate Banking Committee hearing on digitization of money and payments, Brown said:

We heard all kinds of promises about how cryptocurrencies like Bitcoin or Ethereum would fundamentally change our relationship with the banking system. Workers would be able to efficiently and cheaply transfer money, make online payments, or buy groceries, all without a bank account. But that’s not what happened—Bitcoin is primarily used by wealthy investors.

Brown doesn’t seem to see the possibilities cryptocurrencies, even a FedCoin, could play in his Banking for All Act, a bill which would create free bank accounts for all Americans. We can only hope the more enlightened cryptocurrency enthusiasts in the Biden administration will bring him around.

Who will replace Brian Brooks at the OCC?

Developments in the Office of the Comptroller of Currency (OCC) are what most of the crypto industry is paying attention to. Brian Brooks’ crypto-friendly approach and attentiveness to the sector allowed for the opening of the first crypto-native bank, Anchorage, as well as providing several much-desired crypto guidelines. Yet tensions are such that some House Democrats are demanding a look-over or even rescindment of any legislation made by the previous administration, which would include Brooks’ work in the crypto sphere.

However these tensions might boil over, sources report that either University of California’s Mehrsa Baradaran or University of Michigan Ford School of Public Policy’s Dean Michael Barr could be in line for the position. Baradaran testified on crypto during several Congressional hearings, while Barr became a member of Ripple’s board of advisors in 2015.

What can we expect from Treasury Secretary Janet Yellen?

FinCEN’s actions have recently brought on the ire of the crypto industry due to a proposition for a law that would require crypto exchanges to record personal information pertaining to outgoing transactions of over $3,000 a day. Among other things, the rule has been criticized for its negative impact on decentralized finance, possible privacy violations and placing too heavy of a strain on exchanges. Fortunately, on his first day in office, President Biden put a freeze on this Trump-era rule (along with many others) pending review and consideration by his administration.

Neeraj Agrawal, communications director at Coin Center, thinks the freeze will provide the cryptocurrency industry additional time and a solid footing to negotiate regulatory issues with the U.S. government.

With former Federal Reserve Chair Janet Yellen now taking on the position of Treasury Secretary and Steven Mnuchin supposedly being the driving force behind the bill, there could be some amendments in this regard. While Yellen hasn’t spoken much about cryptocurrencies, her tenure as Fed Chair saw her voice an unwillingness to excessively regulate the crypto industry.

As Jake Chervinsky, general counsel at Compound Labs and DeFi supporter put it:

This is why we shouldn’t overreact to nominees’ off-the-cuff responses during confirmation hearings.

With time to give a full answer, Dr. Yellen recognized “the benefits of cryptocurrencies” & suggested only curtailing their use “for malign and illegal activities,” not entirely. https://t.co/WcPGlR0igk

While specifics are unclear, the general sentiment seems positive

We’ve reported before on expectations from an apparently crypto-friendly Biden administration. We’ve all seen both DeFi and cryptocurrencies playing a larger and larger role in the world economy, and adoption increasing at institutional, personal and the policy levels.

Perhaps we finally have the administration and the appointees the cryptocurrency world has been waiting for?