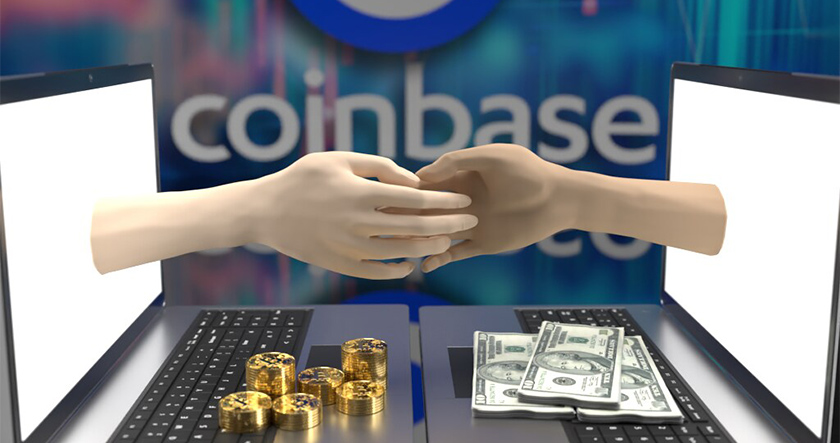 Is paying with crypto secure? Google thinks so. Recently, Google announced a partnership with Coinbase so users of Google Cloud to pay for the service in cryptocurrencies. Digging deeper into this story gives us clues on what is the future of crypto adoption, among other things.

Apparently, Google is diversifying its dependence on advertising revenue with cloud services. It makes sense. Google likes data, after all. And Google’s cloud business is growing fast, rising to a 9% revenue share from the 6% three years back. Another point of note is that both companies passed on competitors as they made the choice. Google did it with unnamed providers of crypto services, and Coinbase passed on the current top cloud service from Amazon.

Amit Zavery, vice president and general manager and head of platform at Google Cloud, told CNBC Google will initially accept payments for services “from a handful of customers in the Web3 world who want to pay with cryptocurrency”. Zavery told CNBC:

Web3 is a buzzword that has come to stand for decentralized and distributed internet services that can’t be controlled by big internet outfits such as Facebook or Google.

By now, everyone is all too familiar with the monopolies in the tech industry and the excessive influence they exert. Does someone foresee crypto continuing the trend of providing a platform that Big Brother can’t cancel?

After all, cryptocurrencies are the financial refuge of choice for many who are being oppressed. That ranges from “deplatformed” speakers all the way to refugees fleeing war and those trapped in authoritarian regimes.

It’s an interesting speculation, to be sure. As for the timing… You might recall that some 18 months ago, a spike in cryptocurrency prices was allegedly fueled by rumors of Amazon’s pay-with-crypto retail adoption. Both stories have a similarly big feel to them, but this time the crypto market hasn’t budged. That tells us prices are being pushed down by macroeconomic factors that aren’t related to the cryptocurrency market.

After all, Coinbase’s stock did drop by 70% this year before rising 8.4% on the Google Cloud announcement. Now, that year-to-date drop wasn’t due to any particular Coinbase performance so much as it was due to a general equity market downturn. Tech companies and IPOs alike have struggled since the end of near-zero interest rates. As we have previously pointed out, market conditions dictated by the Federal Reserve and other central banks are in turn dictating the trajectory of the crypto market.

It’s also worth noting that Google will be accepting payment in both blue-chip cryptocurrencies as bitcoin and ether, as well as dogecoin. That’s an interesting choice! It suggests that big players are not only betting on the crypto market flourishing, but also on more fringe assets too, like altcoins and even NFTs.

We’ve been hearing plenty of negative forecasts in this crypto winter, as always. But watching the bigger picture, well, you could forget there’s a downturn at all. Big players are moving into crypto all the time, with practically no regard for how prices are faring this week. It’s as though all that talk about 100-year business plans actually means something.

What happens when your perspective on the future extends beyond the next quarter? How do you think differently when considering truly long-term outcomes of today’s decisions? When you rise above the day-to-day FUD and look into the future, what do you see?

Google’s leadership must be seeing something that market bears can’t. Opportunity to bring on new customers, perhaps. Or to secure their own role in the future of money. Or maybe it’s as simple as diversification – in Google’s case, diversifying not only the company’s revenue streams, but also the company’s assets. For a corporation like Google, it’s pretty easy to diversify assets. All they have to do is accept payment in crypto and HODL. Instant diversification!

I’m reminded of the time Apple’s CEO Tim Cook said he owns crypto as “part of a diversified portfolio.”

I bet Tim Cook and Apple have a 100-year business plan. I bet Google CEO Sundar Pichai has one, too.

What about you? Are you diversifying your savings with an eye on the long-term? If your answer is “Not yet,” and you want to get started, we can help.