Nasdaq and Vanguard Contribute to $20M for a Blockchain Startup 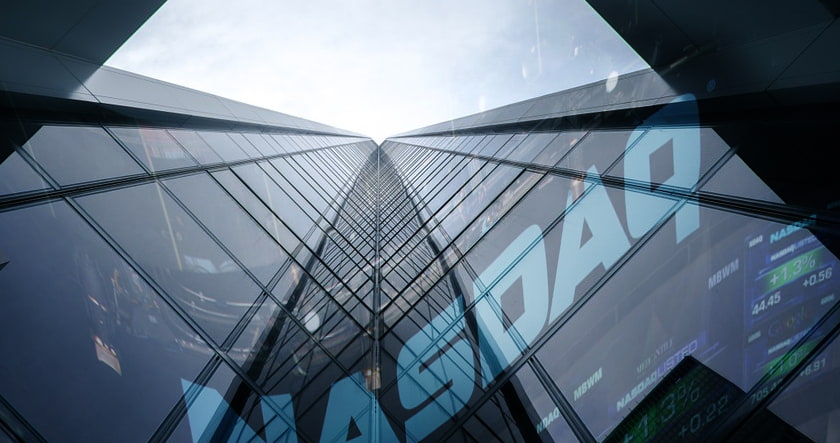 During the crypto boom in 2017, Nasdaq was among the companies that looked into the prospect of Bitcoin futures, along with other exchanges like Cboe and CME. Nasdaq’s plans for crypto futures have since been placed on ice, but the famed exchange is as bullish as ever when it comes to cryptocurrency, reports Bitcoinist.

In a post written ahead of the World Economic Forum in Davos, Nasdaq CEO Adena Friedman shared her thoughts on where the markets are heading in 2019. Cryptocurrencies played a prominent part in Friedman’s essay, as the CEO predicted that blockchain is bound to become a cornerstone technology. Like many pundits, analysts and enthusiasts, Friedman also sees Bitcoin becoming a global currency at some point in the future.

Less than two weeks since Friedman’s post was published, Nasdaq revealed that its CEO is far from a lone bull when it comes to the crypto market. The exchange’s investment arm, Nasdaq Ventures, has joined other high-profile figures with a $20 million investment in Symbiont, a blockchain startup.

Other notable investors in the company include Citigroup and Mike Novogratz’s Galaxy Digital Holdings, marking a strong show of faith during Symbiont’s current round of funding.

Even as cryptocurrencies became a global phenomenon, some felt that Wall Street adoption was a necessary ingredient for coins to become an established asset. It is now clear that Wall Street giants view them as just such assets, as the biggest names in finance continue to invest in the space amid a bearish stretch in the market.

Although the technology is still in its earliest stages, many have stated that blockchain is already capable of overhauling the somewhat old-fashioned financial sector. It is precisely this area that Symbiont aims to tackle with a blockchain-powered update to data management in finance.

As Symbiont CEO Mark Smith explained, the funds are being used to develop Assembly, a smart contract platform that’s meant to improve the verification and sharing processes in finance. The mortgage bond market and syndicated loans are just some examples of areas that Smith’s company aims to modernize through blockchain implementation.

The firm’s finance-oriented bottom line undoubtedly played a role in forming its roster of investors. Vanguard, another large institutional investor in Symbiont, will look to use Assembly to update data indexing in its mutual funds. As for Nasdaq, the exchange could be gunning for new clients who have an interest in crypto investment.

Although Smith remains level-headed in his approach, news that financial giants are pouring money into the blockchain space will surely strengthen the resolve of crypto bulls. Whatever skittishness institutions had about crypto seem to be diminishing, and the rate at which Wall Street is embracing blockchain might come as a surprise even to the truest of believers.

What do you think about Nasdaq’s recent embrace of cryptocurrency ventures? Let us know in the comments below.