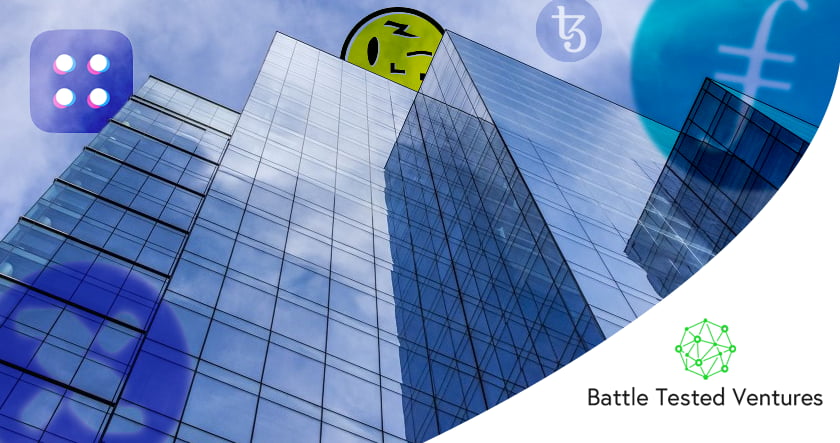 In this week’s interview, we talk with Bijan Bina, a co-host of the Dose of Ether podcast and founder of Battle Tested Ventures (BTV). Read the full interview below to find out how he thinks that “the next 100 million consumers” can be brought into blockchain and why he believes that “every industry will be touched by blockchain in a major way”.

BitIRA: When did you first get involved in blockchain technology, and what triggered that initial interest?

Bijan Bina: I remember learning about Bitcoin in 2012/13 and watching it crash from $20 to $7, laughing from the outside at the fools who lost so much money. When it eventually ballooned to $100/BTC, I started to take it very seriously. From there I was hooked…

I invested in BTC and ETH pretty early, and now have significant investments in a variety of protocols like Tezos, Filecoin, Blockstack, and Orchid.

I was drawn to blockchain because it’s the first technology I’ve seen, since the advent of the internet, which can truly undermine the powerful institutions and monopolies who have created tremendous waste and exploitation in the economy.

Personally, I have 10 years of experience in product development, 3 years in a high-growth marketplace as Director of Product, and a background in economics, so blockchain is exactly the kind of tech that appeals to me.

I’ve taken a deep dive in the space for over 5 years now as an investor and now co-host of a popular Ethereum podcast, Dose of Ether. This past year I have focused on orienting my career as close to blockchain as I can by founding two companies: Battle Tested Ventures as Managing Partner, and Tribe Home, as CEO.

BitIRA: The model and philosophy of Battle Tested Ventures seems to be different than your typical venture capital firm. Can you tell us how you’re different, and the factors that drove your team in that direction?

Bijan: I started BTV out of necessity. I realized that to maximize my investment in blockchain businesses, I need to put time and money toward ensuring they are successful. In practice, this means that I spin up and operate nodes and participate in the community for projects I’m invested in, in order to get token rewards from these protocols.

As I started doing Tezos Baking, I found that the minimum infrastructure to support and grow my own investment could be used to support 10 times my investment if I acted as a delegate for other Tezos investors.

From there, it became clear that investors in most of the projects I was interested in would also need to capture their token rewards with minimal effort; by delegating to a trusted network operator and community-member like me.

I found some of the best people I know in finance, product development, and software infrastructure to form BTV – helping the blockchain ecosystem from within Venture Capital, a critical part of the growth story for any new technology.

BitIRA: When considering companies to add to BTV’s portfolio, what do you look for? Are there any common links among those that you take on?

Bijan: Our investment thesis is that we can bring consumers into this industry by helping them earn crypto, rather than convincing them to convert from fiat to crypto. By selling excess resources they already own (like storage, bandwidth, and compute), consumers can build a cryptocurrency portfolio without ever risking their hard-earned cash. Leveraging stablecoins, they don’t need to be exposed to any volatility, and have a familiar unit-of-account to anchor to.

This, in our view, is how we can bring in the next 100 million consumers into blockchain. Once people have crypto, they want to spend it. We help them get crypto by earning it, not by Airdrops or converting from Fiat.

We focus on two types of projects at BTV: layer-1 protocols with a good shot at being a major blockchain platform (like Tezos, Ethereum, and Grin), and layer-2 distributed applications driving consumer adoption directly (like Filecoin), or supporting the applications that do (like FOAM).

BitIRA: Whether they’re in your portfolio or not, what new applications or cryptocurrencies are you currently most excited about, and why?

Bijan: Pending release in 2019 are a couple projects which really excite us:

Grin is the first spiritual successor to Bitcoin we’ve seen. With private transactions on a scalable and secure blockchain, leveraging the latest research developments, and a rabid community with a fair token distribution, Grin and MimbleWimble are gearing up to make a massive splash in cryptoland.

Orchid Protocol is also very exciting to us because it’s a tool to free us from ISP monopolies while also providing private internet browsing for people under oppressive governments. Orchid empowers individuals across the world to earn cryptocurrency by selling excess internet bandwidth. It’s a huge opportunity to grow the reach of blockchain tech and onboard the next tranche of crypto users.

BitIRA: What big industry do you believe is next to be disrupted by blockchain’s influence?

Bijan: Eventually, like the internet, every industry will be touched by blockchain in a major way. Its features of censorship resistance and programmable money are too powerful to not be used in most businesses, in most industries.

The obvious area of disruption is in Finance, where banks and governments are being steamrolled by objectively better tech.

The less obvious area of disruption, to us, is in two-sided marketplaces. eBay and Uber are not going to be replaced by blockchain protocols anytime soon. Their products are too valuable and their network effects too strong. But in other areas, there are businesses which couldn’t exist before, due to the costs of operating a marketplace, which will now be possible. Tribe Home is targeting a market which is very vulnerable to a new entrant with a novel approach. Others, like Ocean Protocol, are creating markets which couldn’t exist in Web 2.0.