Optimism About Crypto Grows Even As Prices Fluctuate [Surveys] 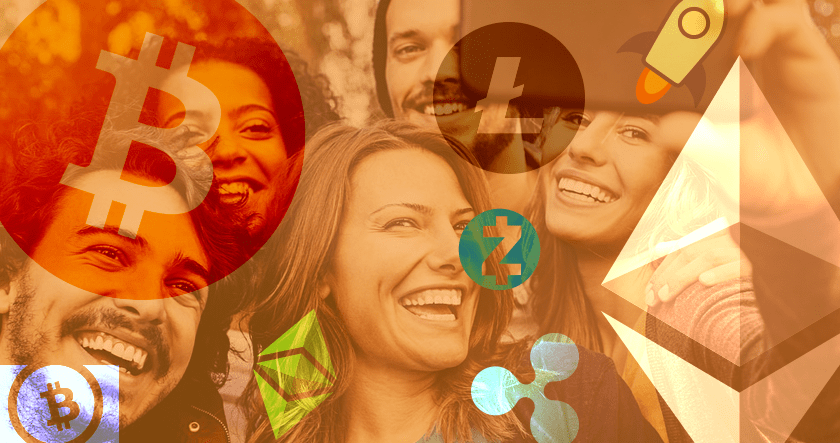 A recent survey by investment firm SharesPost showed that, despite a string of negative crypto-related news items, investors and consumers remain optimistic on the market’s prospects, reports Bitcoinist. The September 5 survey, titled Cryptocurrency and Blockchain Survey: Consumers Bullish, Investors Cautiously Optimistic, spoke to 2,490 consumers and 528 institutional investors about their views on where digital currencies are heading.

The survey found that Bitcoin remains the most popular cryptocurrency as it was owned by the greatest number of participants. Positive investor sentiment regarding Bitcoin grew from 48% in January 2018 to 68% in July 2018, while 78% of consumers are bullish on its long-term prospects. Although less participants owned Ethereum, the survey nonetheless found that the majority of them see a bright future for the second-largest digital currency.

The report also analyzed blockchain technology and its impact on existing business models. 32% of investors and 49% of consumers reported that employers are planning to use blockchain in the near future. Both groups of participants forecasted a blockchain-led upheaval in money transfers, payments and asset management sectors.

95% of consumers and 100% of investors were aware of cryptocurrencies, and most of them agreed that 2025 is a good estimate of when digital assets will go mainstream. According to an earlier study by research firm YouGov, however, millennials might not be willing to wait that long.

The national survey, done on August 29-30, found that 48% of millennials already prefer cryptocurrencies over fiat money, according to CryptoSlate. The group also leads in optimism, with 44% of millennials expecting digital currencies to become a primary means of exchange within the next decade.

YouGov’s study focused on cryptocurrency awareness, finding that 79% of Americans know at least one digital currency. Bitcoin once again led the way in terms of name value, with 71% recognizing it of those that know about cryptocurrency. Ethereum does not have the same level of recognition as only 13% of participants knew about it.

Overall, 36% of those polled in the YouGov study stated that cryptocurrencies will become widely accepted as payment within the next decade. When asked whether they would prefer to use cryptocurrencies over the U.S. dollar for payments, 36% of people responded affirmatively.

Even as cryptocurrencies enter the mainstream, the definition of Bitcoin and other such assets is still hotly contested. Is a digital coin a security, property, currency, or commodity? Read arguments for and against each here.