Is Crypto Really the Perfect Asset for Retirement Investing? 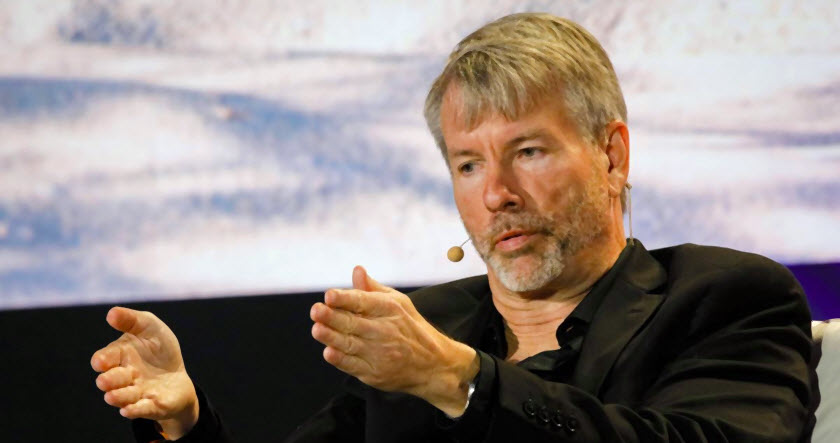 MicroStrategy is known for its long-term view of bitcoin. As of April, the company held 129,218 BTC on its balance sheet, a hoard that has since passed $5 billion in value. Their investment approach must be influenced by CEO Michael Saylor’s outspoken views on both cryptocurrency and the U.S. economy.

Most recently, he delved into what makes cryptocurrencies great assets. But it’s not just Saylor being bullish as usual. The company’s employees have apparently been asking for a 401(k) plan with an option for crypto, as have many others. After what was undoubtedly a good deal of paperwork, Fidelity, the largest U.S. retirement-plan provider, met that demand.

“Bitcoin’s digital property and that makes it the perfect asset for a retirement plan. It’s less risky than bonds and stocks and commercial real estate and gold,” said Saylor in an interview with CNBC. There’s no denying that bitcoin has less counterparty risk (or at least distributed counterparty risk) and is a lot more flexible than a lot of assets that typically make it into a retirement account.

So why now, and why bitcoin? Saylor again:

There’s been a lot of demand for this. They’ve been asking for it for quite a while. It’s a technical challenge to offer 401(k) savings plan and Fidelity has overcome that challenge.

Because people want it, that’s why!

More than anything, it boils down to yet another tale of how far crypto has gotten as an asset class. Before 2017 and 2018, few would have gotten the idea of crypto in an IRA of their own volition. As the peak came and went, digital IRAs became a thing, but they were in an experimental state. Though this will likely remain true for the remainder of the crypto market’s existence, back then, it was about letting IRA owners know it’s a long-term asset. Reminding them that there’s a lot more to crypto than a bombastic December run.

Just a few years later, crypto is making it into 401(k) plans. These plans can be infamously rigid when it comes to the structure of the assets, with stocks and bonds often being the only choices. Yet these plans now come equipped with crypto cliffnotes that let owners invest directly into digital assets.

It’s a classic tale of how demand expedites things. Saylor acknowledges that the plans aren’t easy to set up, but Fidelity did it anyways. That means demand for 401(k) with crypto, along with many other things crypto, took off. For all the praise we give for consumer use and demand, it tells another story when these consumers want to utilize the asset for long-term wealth storage.

This could be a massive boost for crypto growth

Fidelity is the largest player in 401(k) plans by a country mile, with more than $2.4 trillion in plan assets. So, the introduction of bitcoin into a 401(k) is a big deal and opens vast new pools of liquidity to invest in the blue-chip cryptocurrency.

And when an asset can both be used for consumer spending as well as long-term wealth storage, we know it’s an asset to shake the markets. After all, what assets other than precious metals can make such a robust claim of both utility as money and long-term value preservation?

Much is said about how little of the world’s savings, estimated at just 1%, is allocated to gold. Increasing that number by just a fraction would have a massive impact on global prices. So what would happen if a comparable percentage of the roughly $27 trillion of retirement savings in the U.S. were diversified into crypto? With Fidelity’s addition of native support for bitcoin in 401(k)s, we might be getting our answer soon.

Now, Fidelity is huge. Just by themselves, they directly manage and control $4.5 trillion and administer $2.4 trillion in 401(k) funds for some 23,000 companies and about 32 million people in the U.S. Imagine the market impact of 32 million Americans suddenly able to diversify into cryptocurrencies with a single click. Mindblowing!

Oddly, there are a couple of shortcomings of the Fidelity plan… First off, they’ll limit crypto allocation to 20% of the total IRA balance. Maybe that’s fine, for some people. However, it also causes some problems – what if your crypto outgrows your other investments? Will Fidelity force you to rebalance?

Finally, Fidelity’s clients will only be allowed to invest in bitcoin. Other cryptocurrencies might potentially be added down the road. Maybe.

A closing thought: Fidelity’s clients will gain access to bitcoin investments “later this year.” Which means there’s still time for anyone who wants to front-run Fidelity’s 32 million customers by opening a bitcoin IRA right now. BitIRA doesn’t limit you to just one cryptocurrency, either – diversify your retirement funds across proof-of-stake and proof-of-work cryptocurrencies, into DeFi if you want. (It’s your money – you should be able to invest as you see fit!)

If you want to get the scoop on Fidelity’s customers, better hurry – get started here.