What Does Biden’s Crypto-Focused Executive Order Have In Store? 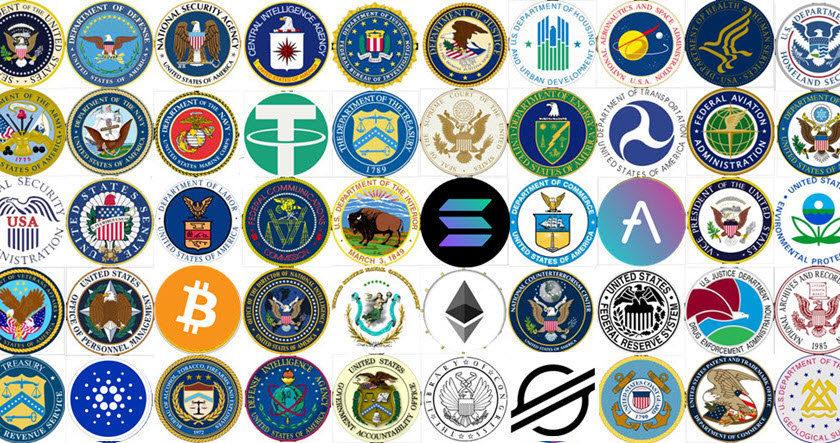 Have we reached a point where we can hear President Biden issuing an executive order on crypto regulation without rampant FUD? It seems that might be the case, at least in some corners. While everything is still highly speculative, a recent report outlined what’s known so far, and what we might see in the near term.

The executive order will essentially be a study by numerous agencies into both central bank digital currencies (CBDCs) and the “future of money and payment systems.” That’s code for “all things crypto.”

Sounds complicated, you say? You’re right — and a veritable alphabet soup of capital-letter federal agencies have been assigned to the chore.

For starters, the Securities and Exchange Commission (SEC), the Commodities Futures and Trading Commission (CFTC) and “federal banking agencies” are to report on consumer risk and market protection. Note that “federal banking agencies” is actually a legal term that refers to the Office of the Comptroller of the Currency (OCC), the board of governors of the Federal Reservice System (the Fed) and the Federal Deposit Insurance Corporation (FDIC). Remember, your tax dollars pay all these peoples’ salaries!

One interesting tidbit: The FTC Chairman and Director of the CFPB will be assigned to investigate privacy issues for digital assets, whatever that might entail. Seems to us that cryptocurrencies don’t suffer from a failure of privacy – in fact, quite the opposite. Let’s hope that privacy issues aren’t government code for eliminating privacy from all cryptocurrency transactions. Possibly the intention is to develop privacy guidelines and standards for wallets and crypto exchanges instead?

Well, we shouldn’t get too excited about the specifics of the hypotheticals just yet. Even so, there are some interesting developments on the stablecoin front, too…

Then we get to what everyone seems to be paying the most attention to, and that is CBDCs and stablecoins. Biden specifically didn’t say he wants to launch a CBDC. Rather, he wants an urgent study into a digital dollar. That in itself is making waves. Maybe the Biden administration is finally taking China’s field-test of the e-yuan seriously? Or maybe it’s the move by the world’s central banks to downsize their dollar assets to a 25-year low that’s raised this issue?

We know that Federal Reserve Chair Jerome Powell gave his own little nod to the crypto market by saying that stablecoins can be good and can coexist with CBDCs. Almost a compliment. Although this part of Powell’s comments, admittedly, made us lol:

I do think [cryptocurrencies] are risky. They’re not backed by anything.

What, exactly, is the U.S. dollar backed by, Mr. Powell? Sure, there is half a billion dollars worth of gold in Fort Knox, but is that really enough to balance out the U.S.’s $30 trillion plus in liabilities? “Full faith and credit of the U.S. government,” what exactly is that worth?

You know what cryptocurrencies are backed by? Their owners. Each and every hodler has chosen cryptocurrencies, deliberately, on purpose. That’s where their value comes from.

So it seems that, officially, the U.S. government doesn’t think stablecoins are in competition with either the Federal Reserve Note or a future digital dollar. Yet it would be hard to argue that they aren’t exactly that.

Well, the Director of the Office of Science and Tech policy will evaluate CBDC prospects. We’ll see what they have to say on the issue. Meanwhile, the President’s Working Group on Financial Markets has told the Financial Stability Oversight Council (FSOC) to assess systemic risks of stablecoins.

It’s of course worth noting that the risk-monitoring FSOC was made after the 2008 financial crisis, which was a through and through traditional finance blunder. So here’s to hoping they keep that in mind. The order also includes an investigation into digital distributed ledger technology. And, to top things off, there are efforts to improve both cross-agency and cross-country cooperation regarding digital assets.

The first one sounds reasonable enough, but the second? Between China and the World Economic Forum, let’s also hope that efforts to “enhance the adoption of digital assets and standardize rules” comes down on the side of innovation rather than repression. (Looking at you, China.)

What does this all mean for cryptocurrency prices? As usual, we don’t know.

For as much as speculation powers the crypto market, each of these points can be interpreted as highly positive or highly negative, depending on the interpreter. One thing to keep in mind is that crypto’s recent price downtrend isn’t so much related to this executive order, but rather a massive sell-off in what’s perceived by many as “risk-on assets” due to the same geopolitical tensions that sent stocks and oil prices spinning.

Volatility will probably continue. Remember, markets go up, markets go down. Making up stories to explain intraday movements isn’t what we do. As for Biden’s order, though it seems generally positive (because regulate isn’t a synonym for outlaw), let’s exercise prudence as always.