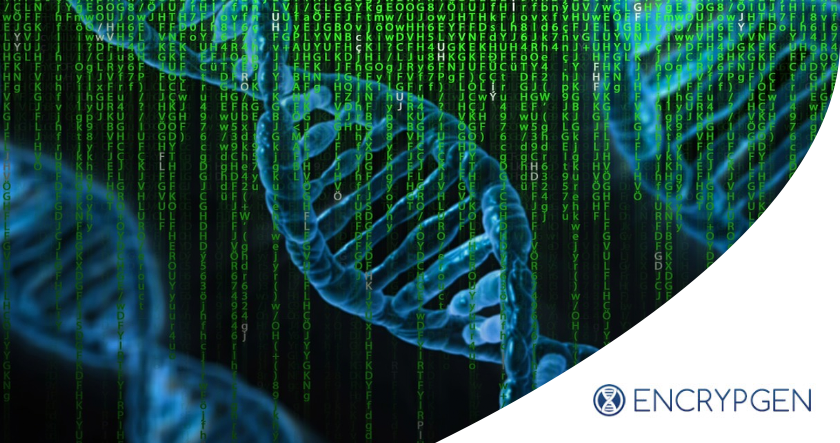 Even just in our Innovators in Crypto and Blockchain series, we frequently hear from guests that cryptocurrency got them to learn about the way financial systems work in ways they had never been aware of before; it brought awareness of concepts like ‘fiat currency’ beyond what they had encountered in schools and similar institutions. Blockchain does the same with the relationships people have with data; and with mechanisms like smart contracts in play, we are also forced to think about the relationships between data objects as well as our relationships with them.

Dr. David Koepsell’s background is in psychology, and one of his key interests is in ontology—the study of the relationships between things that exist. He spends a lot of time considering things like the moral and ethical obligations had between people and things. Together with Dr. Vanessa Gonzalez, he founded Encrypgen, a platform that uses blockchain to enforce individual ownership of genetic data. Dr. Koepsell sat down with BitIRA to discuss issues in data ownership and what needs to come next for the industry.

BitIRA: How did you first get into the world of blockchain?

David: I was a philosophy professor and writer for a long time. I’ve been working on issues of what are called “social objects,” and the ontology of social objects; basically what that means is trying to understand how things like agreements contracts and even things like money exist, because they’re complicated objects with complicated relationships.

I’ve been writing and interested in the ontology of money for quite a long time. Cryptocurrencies came along, and I was experimenting as a hobbyist in the about 2014 and 2015. I thought, well, this might be also an interesting area to to write about. So I published an article online about blockchain and cryptocurrencies, and how money actually exists.

Meanwhile, my wife, Dr. Gonzalez, is a scientist who works in pharmacogenomics. I’d also been writing with her about issues of ethics and the genome. I had a book that came out in 2009 called “Who Owns You,” which was about patents on genes. These two interests converged with the idea that maybe we could start to solve some of the issues related to ownership of genes, which is now not legally possible, and the sorts of issues that Dr. Gonzalez faces as a researcher in trying to find data to use in her work.

BitIRA: I have one quick clarifying question about ontology: it has to do with the study of how things exist, and the principles behind that, right? Does that include the obligations that different entities may or may not have to each other?

David: Absolutely. And, actually, before I got interested in money as a as a philosophical issue, I was working on questions with contracts obligations and, and how they arise through social phenomena.

BitIRA: Fascinating. So, tying what we’ve talked about so far together: how did your company, Encrypgen, come about?

David: The problem that scientists like Dr. Gonzales face is that getting data for their studies is typically difficult and costly, because you need to sign up human subjects. You have to get samples, you have to process the samples, you then wait for the data, and then you can do your study.

But as it turns out, there’s tons of data out there that’s technically available for studies but that scientists don’t have easy or cheap access to. That’s data that companies like 23andMe and Ancestry.com are sitting on and selling, mostly to pharmaceutical companies. And it’s not as easy for a scientist working in a government lab, for instance, to get access to that data.

I’ve been writing about the problems associated with ownership of genetic data. With the current systems, you don’t really have ownership of it and you can’t really exert control over it. Legally, there’s no way. So I find this to be an interesting and problematic ethical subject.

We thought, well, maybe we can actually solve this through the creation of some sort of product that allows people to take control of that data to get paid for it, and that gives better and cheaper access to researchers for data that’s already out there. And so we built our product, Encrypgen, which does exactly that, using blockchain to secure and monetize individuals’ genomic data.

BitIRA: What can people do about their personal data that’s already out there?

David: There is nothing currently we can do about that. That data was released “into the wild,” basically, voluntarily, by people who say signed up. The data that scientists are using is out there because people have consented to allow it to be out there. There’s no way for them to rein it in. Essentially, there’s no legal regime under which they own that data. So there’s not anything we can do about that unless we change the law somehow.

That’s going to be the case really, until regulations change to give some protection to individuals for that data. And there are a number of groups working on creating those laws. However, you can make people more aware of this situation, you can make them take more care and how they control that data. You can give them access to platforms like ours that allow them to be the proprietors of the data, as opposed to some testing company owning it.

BitIRA: So what have been the biggest challenges you’ve faced so far with Encrypgen and the world of blockchain?

David: Well, we actually hit all our milestones in developing and releasing the product, which came out in November 2018. The biggest hurdle right now is growing public awareness.

I look at companies like 23andme and they’ve been taking losses—they’re still taking losses every year—because they’re a consumer-oriented company trying to reach new consumers to get testing. And so they’re not profitable. But they didn’t really even reach the 10,000-user threshold until they were in existence for a couple of years. Well, we’ve only had our platform platform live now for a little more than a year. We need to get more people aware of the product and get them on it in order to make its value for research and for users really come to fruition. So that’s the biggest challenge for us right now—awareness.

BitIRA: We’ve touched upon this in pieces, but what problems or challenges would you like to see the blockchain industry tackle next?

David: I think usability is the major barrier, blockchain products face for consumers.

So there are a lot of use cases for businesses in the B2B realm where blockchains are already playing an important part, right? Becoming the iPhone of cryptocurrency and blockchain is really the big task now. Because you know, iPhones really made the smartphone market and created it because it was so easy to use iPhones, and they were so user friendly. We need something like that created for, you know, someone like my mother to use so that she’s comfortable with it. Something that takes away the mystery, that makes it more accessible, and that brings it into her everyday life.