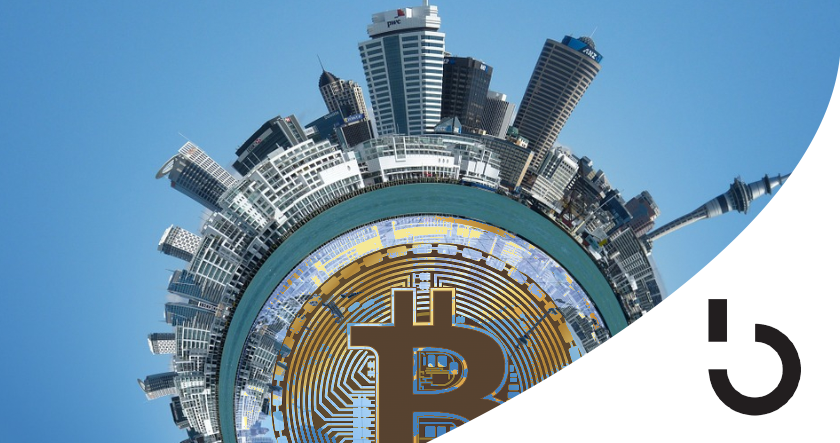 At Coinvention last month, we heard Bitcoin Market Journal‘s John Hargrave speak about the way in which blockchain brings communities together, and he shared very powerful insights on how local communities can come together to drive industry progress forward. John is currently traveling around the country promoting his book, Blockchain for Everyone, which is an awesome user-friendly guide into the workings of crypto and blockchain peppered with his anecdotes and experiences. John was kind enough to sit down and speak with us recently about how he got to where he is now, and how excited he is for the ways in which blockchain is going to redefine value and unite our world.

BitIRA: How did you get into blockchain? What drew you into the world of blockchain and cryptocurrency?

John: I bought Bitcoin in 2013. The story is in one of the first chapters of my book Blockchain for Everyone, but it was pretty funny because at that time we didn’t have your fancy Coinbase.com.

I didn’t know what I was doing.

It ended up working out ok. I actually got the Bitcoin at around $125. Then just four years later, during the great crypto boom of 2017 it was like twenty thousand dollars, making it the single greatest investment I’ve ever made.

That got me interested and passionate in the technology behind it. This is why I tell people all the time: if you want to learn about this stuff, just go buy a little bit of bitcoin, even if it’s $100. It’s kind of a gateway drug. You start thinking about it. Then you start questioning the concept of money. And as they say, you fall down the rabbit hole and it’s just intellectually fascinating.

I ended up taking my entire company—we had a little marketing agency—and I ended up pivoting the entire company to focus on blockchain. It’s been a wild ride ever since.

BitIRA: You spend a lot of time traveling and speaking to blockchain experts across the country. What findings have surprised you the most?

John: What has surprised me is how slow the traditional financial industry has been to really learn about this. If I were a financial advisor, and I’m advising high net worth individuals on where to where to invest their money, I would at least want to know everything that I could about this new digital asset class so I assume these spectacular returns.

What I do, because it’s a sales call—and whenever you get a sales call you should flip the script and try to sell something to the person on the other end—is I flip the script. “I’m so happy you called, because I happen to be knowledgeable about this new space called blockchain. Let me tell you about the greatest investment I ever made, and I’ll tell you how you can start to invest in this smart, safe way and make money with your clients.” And they’re like, “Yeah, ok, gotta go” or some have even hung up on me.

I would expect more folks to be intellectually curious and want to do their jobs better—but it’s coming. I think a lot of it is that people are just resistant to change. If they don’t understand this in the first place, or they’re a little bit nervous or maybe even afraid to admit what they don’t understand. I think those are the human causes behind this.

Slowly but surely, I’m starting to be invited to speak to some financial advisors and CFAs in different wealth management firms. I expect to see a lot more of that in the future—it’s just slow to change.

BitIRA: What do you see as the biggest challenges for blockchain and crypto adoption right now?
John: I’m going to give you a different answer than probably most people do. I think it needs to be a lot easier to use.

I started my career in 1995. I was working for a technology publisher called Ziff Davis and we published computer magazines. I started there right at the beginning of the Internet; that was a really wildly exciting time because we were a technology company, but we also had one of the first technology websites where when the first dot-com. We were reporting on the dot-com era during the height of the heyday of the dot-com, at the beginning when the internet first started.

I tell the story in the book: how the very first time I saw the Internet, when they showed it to me in the office, I totally did not understand why it was a big deal. I totally didn’t get it. It’s hard for people to immediately see the transformative potential of new technologies. And at the time, the internet was really geeky; it was hard to use. Configuring a web browser was like genetically engineering a tomato.

It was really difficult, but over time and very fast—like, within five years from 1995 to 2000—there was the enormous dot-com boom.

By 2000, it was the hottest thing on Wall Street. Everybody was launching a dot-com, right? It was crazy, and it all happened within the span of about five years. It just got easier to use.

So the way I think about a great blockchain project is, do they have a product that’s really easy to use? I think Coinbase is a terrific product: it’s really easy to use and it’s user friendly. I think CryptoKitties was a great product because it had this really fun user friendly front end. This company called Helium that we’re writing about does these like blockchain hot spots that I think is a great product.

So people have to be really focused on the product making fun and easy-to-use, having a great user experience and user interface. We’re still so early in blockchain and crypto that most people are just trying to get the technology on the back end right. They’re not all . necessarily thinking about the front end, but that’s what’s really going to unlock a floodgate.

BitIRA: What problems are you most excited to see the blockchain community tackle?
John: Well, my passion is education. I love educating people on how this works and helping them understand the long-term potential benefits of this technology for the human species and for the planet. I really see myself as an educator first and foremost.

So when I go give talks, that’s what I’m trying to do—educate. And like you said people come into this never having heard of even Bitcoin, but some people come in very sophisticated with knowledge of the different technologies. Trying to educate all of them across the board is a fun challenge.

I feel like we need a better sound bite, because the first step is to spread the word. When we try to talk about blockchain, most of the time it ends up being like a three-minute monologue at the end of which your listener has fallen asleep. So we need a sound bite, a quick and easy way to talk about blockchain. And so I use Andreas Antonopoulos’ definition when somebody says, “What is blockchain?” I say, “it’s the Internet of money.”

The thing [the internet] that we created in 1995 has transformed the world in so many ways by making information freely accessible to everybody and decentralizing information. This new blockchain—the Internet of money, the new Internet—is transforming value. It’s decentralizing or open sourcing money or value, so that we’re going to be able to share value around the world. That’s incredibly exciting.

We need a one-world money supply. We need a global currency for a global economy. We need one money for one planet, one species so we are all united. We are all one human race.

Blockchain is going to help unify us in that way. It’s going to help bring us all together by giving us one common shared store of value. That’s what I mean by an Internet of money. And it’s one that anybody can contribute to, just like the current Internet. That shared “one money for one world” is going to transform our species in ways that we can only begin to imagine. It’s going to give access to the unbanked. It’s going to enable the free flow of money between countries to developing nations. It’s going to help us get value or money to where it’s needed the most.

That’s an incredibly exciting project, and the most exciting project I think we can be involved with in this lifetime. Educating people with that message is, I think, the thing that I’m most excited about doing. It’s what I have dedicated my life to doing at this stage, and it’s what I hope more people will will join me in doing as well.