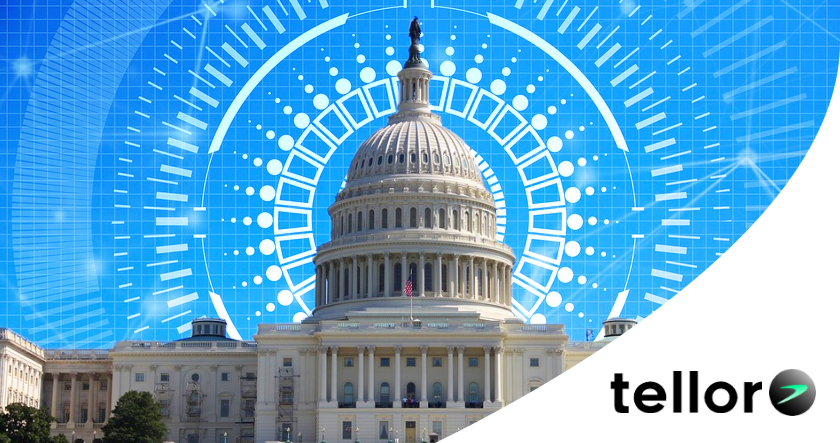 Tellor‘s key offering is a decentralized oracle, providing validated data that can inform smart contracts; everyone on Tellor’s team is passionate about decentralization, privacy and security. CTO Nicholas Fett shared his insights on how he started off as an economics major who quickly grew captivated by the crypto industry and its self-sufficient potential, while remaining somewhat of an intellectual liaison between traditional financial systems and this new order.

BitIRA: How did you get into the world of blockchain and crypto?
Nicholas: I got in pretty early, I guess you could say. I was involved with the libertarian movement during and right after college, during the Ron Paul 2012 campaign. I volunteered there, and we would go to a bunch of the “End the Fed” rallies and things like that. That’s where I first heard about bitcoin, from the libertarian roots and subversion of the Federal Reserve. It was really exciting. I spun off as a bitcoin miner in 2011. That’s kind of how I got in originally.

BitIRA: How do you think your background in economics and working for the government informed your professional perspective?
Nicholas: The economics part is a different way of thinking about the industry. I did it sort of backwards compared to everyone else. For much of the industry, you have a technologist taking on the role of an economist. I’m sort of the economist pretending to be a technologist. I knew all of the basics of economics, and now I get to come into the space and try to learn all of the technology pieces of it in order to build these systems. Other people have the technology background and are now learning the economics pieces.

It sort of makes me a little bit stronger in certain aspects, especially because we’re building a decentralized oracle, helping other projects, and building financial applications. Financial applications have economic implications. Whenever you’re talking about things like, for instance, token generation, you have to put an inflation rate into the system. You have all of these computer scientists trying to figure out what an appropriate inflation rate system would be. Well, there’s a vast amount of economic literature out there that’s already picked some of the best things and worked through the pros and cons of each situation. Knowing that helps me a lot.

Working with the government agencies has helped as well. I worked at the CFTC, which was a regulatory agency and that sort of gave me some insights into attitudes. I think a lot of people in the crypto space and especially in the early libertarian space see the government as this all-knowing, all-seeing eye that’s out to squash all crypto innovation or something like that, and that’s definitely not the case. You have to know what they’re trying to protect and what they care about, and that’s been helpful for me.

BitIRA: How did you get started with Tellor.io?
Nicholas: I was working at the CFTC, which was the regulator of not just cryptocurency but also derivatives, contracts, futures, and options. I wanted to leave to start a decentralized derivatives platform. So this was Daxia.

We were trying to basically disintermediate the whole derivatives process. What happens whenever you’re trying to do a derivative, which is basically a betting contract—you know, you and I can bet on the price of Bitcoin—you run headfirst into the oracle problem. And so we started developing a solution internally. This was actually funded; we got an Ethereum Foundation grant in 2018 to do research on oracles, originally for bridging different chains. But our research led us to creating Tellor, which would allow us to get those off-chain prices into our derivatives contracts.

When we started talking to people about what we had built, that actually has more interest than the derivatives piece. So we sort of pivoted into ignoring the derivatives part of the business and focusing instead on Tellor and making that piece great.

BitIRA: What have been the biggest challenges you faced within the blockchain and crypto world?
Nicholas: I’d say the biggest piece in it is just kind of you know just the signal to noise ratio is really, really awful. Even when you’re talking to venture capitalists and trying to raise money or talking to potential users of your oracle systems, there’s a whole lot of misinformation out there about what works and what doesn’t work. The basic examples are somebody wants to build a supply chain and they have to choose between hyperledge, EOS, and Ethereum. You really have to have a lot of technical understanding to cycle through all of the claims made by each one.

It’s the same in the oracle space and the decentralized finance space. Expecting everyone to know and grasp all of that detail is really difficult. We’re still kind of in that “fleshing out” stage in the industry where there aren’t these standards that A is decentralized and B isn’t, or A is secure and B isn’t. Everybody just says they’re decentralized. Everybody says they’re secure. You have to get into the code yourself and you have to build one-on-one relationships with people to actually make them trust you. Otherwise, everything’s almost this hype cycle.

I want us to focus on the technology, with people being honest about what works.

BitIRA: What problem or problems are you most excited to see the world of crypto tackle next?
Nicholas: I’d love to see more privacy features. To me, crypto was originally built for censorship resistance. Bitcoin was created to resist a nation-state attack, so you could have money even if your country didn’t want you to have money. Same with Ethereum. It’s supposed to be this censorship-resistant code. I hope we keep building things. I almost hope we have something akin to a nation-state try and shut us down to really put us to the test. I think that will help resolve that signal-to-noise ratio I was talking about. When somebody actually comes and tests you, did you build something that can endure? I hope we see more things that claim that they’re ready actually get put to the test. I think that will focus us. You see a lot of people building UX things to “bring crypto to the masses”—are we really ready to go to the masses? Maybe not. We need to build actually decentralized things that do the job that bitcoin was designed to do.