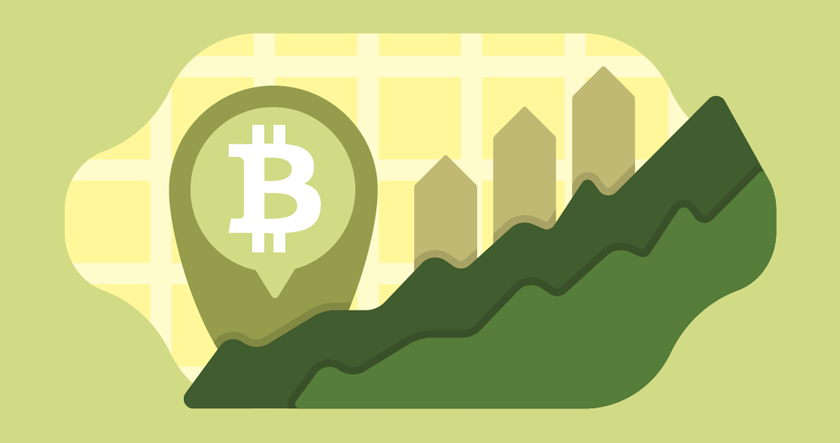 After a historic 2017 that saw Bitcoin’s price vault over the most bullish forecasts, the cryptocurrency ushered in 2018 with a bit of tumult. Although BTC continued to gain mainstream and institutional attention, along with displaying a newfound stability, it would be difficult to ignore its numerous corrections last year.

But now, Bitcoin seems to be flipping the table once again, as the top cryptocurrency was recently mentioned as the best investment of 2019 by the Wall Street Journal, reports Bitcoinist. Bitcoin’s April performance and its year-on-year percentage gains were compared to those of various other assets, including crude oil and the S&P 500 Index.

BTC came out ahead by a wide margin, with its more-than-50% price gain over the past year dwarfing the wins of any other asset. In their report, the WSJ’s analysts made it clear that Bitcoin’s lackluster performance in 2018 had more to do with the state of the markets than cryptocurrencies themselves. As the report points out, a record 87% of assets were in the red by the end of last year.

To Bitcoinist’s Christina Comben, the WSJ’s gesture carries even more weight than the accolades themselves. Wall Street’s gradual adoption of digital currencies has been well-documented, as market participants have taken note of traditional finance’s hesitation about crypto.

This trend also began to change in 2018, when numerous funds and financial organizations showed an interest in virtual currencies and blockchain. As Comben explains, the WSJ’s willingness to highlight Bitcoin as the year’s best performer marks an important step on the road to Wall Street adoption.

Among other things, the WSJ report focused on a renewed correlation between Bitcoin and stocks. Cryptocurrencies are sometimes presented as a portfolio hedge, and Bitcoin’s outperformance during last year’s corrections in the global stock market served to support this view. If Bitcoin and stocks remain correlated for a while, it will be interesting to see if cryptocurrencies can benefit from recoveries in the stock market.

Regardless of future price movement, Comben doesn’t think that Bitcoin’s victory can be diminished. Whether they are crypto believers or critics, no market participant will be able to ignore BTC’s performance against other assets this year. Furthermore, the WSJ’s review comes during a time of growing crypto acceptance among retailers, money managers and consumers. The latter’s faith in Bitcoin is a significant source of optimism on even its own, as a recent study showed that 20% of young adults in the U.S. own BTC while 30% prefer it to stocks. As the Bitcoin price skyrockets above $8,000 this week, these optimistic attitudes may continue to grow.

Where do you think Bitcoin will be at year’s end for 2019? Let us know in the comments below.