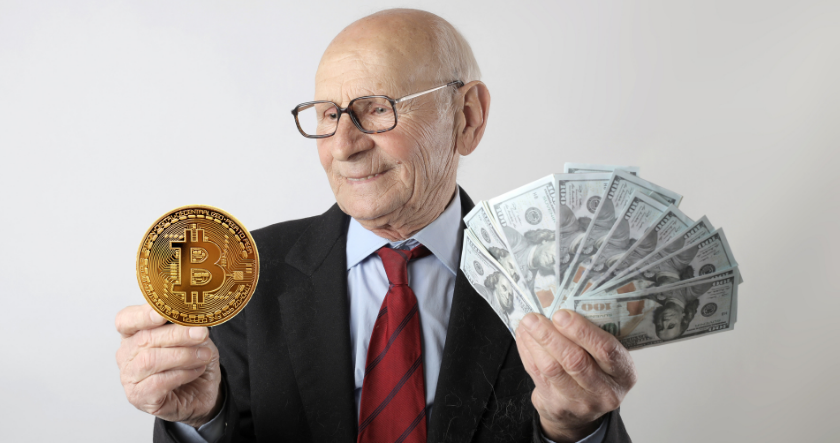 Some three years removed from Bitcoin’s explosive climb towards $20,000, which sent it to the mainstream, comparisons with fiat are once again taking center place. Back then, there appeared to be a line set between traditional banking and cryptocurrencies, one drawn deeper by figures like JPMorgan CEO Jamie Dimon swearing off the sector. Now, with both Coinbase and Gemini, two of the largest crypto exchanges, as his customers, Dimon may yet have an oath for crypto.

As Cointelegraph’s Mark Binns notes, the next three years won’t be as much about competition between cryptocurrencies and traditional finance. Rather, the latter will be looking to integrate tokens and digital currencies as part of their offering to stay competitive in what looks to be a changing format. The opening of Kraken as the first native U.S. crypto bank shed light on the lack of traditional finance’s ability to meet demand when it comes to cryptocurrencies.

Binns asserts that those familiar with traditional instruments, be they derivatives or debit cards, will seek cryptocurrency versions of them, and whichever bank or institution meets this demand will stand at the top of the heap. It’s for this reason that there are numerous banks looking to follow in Kraken’s path and open their doors with a blockchain palette on display.

As traditional banks begin to employ a range of crypto-friendly solutions, Binns writes that they will invariably come into conflict with organic crypto institutions offering the same products. Whether this can pave the way for a scenario beneficial to both parties and how competitive the situation will get remains to be seen.

SWIFT and FedWire are coming to the crypto market, and one can fully expect such mainstay icons of traditional finance to become ever more present in the crypto sphere. Names like these will serve as guiding beacons signaling to crypto users that there is a reliable gateway in their path.

Binns adds that the crypto market has plenty to offer to the other side, too. There has been no shortage of talk surrounding blockchain technology possibly being used as the backbone of an overhaul of traditional banking, and the tech has already spawned plenty of utility of its own. Be it an improvement in forensics or the budding decentralized finance sector that is a tale in and of itself, crypto has been pushing into our world just as much as we into its.

Instead of assuming a specialty role, Binns believes that every bank should jump on the crypto wagon to at least some extent in the coming years. For all its high-tech status, in the banking sector, crypto amounts to another offering that is best presented by a friendly face with a helpful attitude, meaning if banks don’t take on crypto, they face enormous risk of getting left behind.