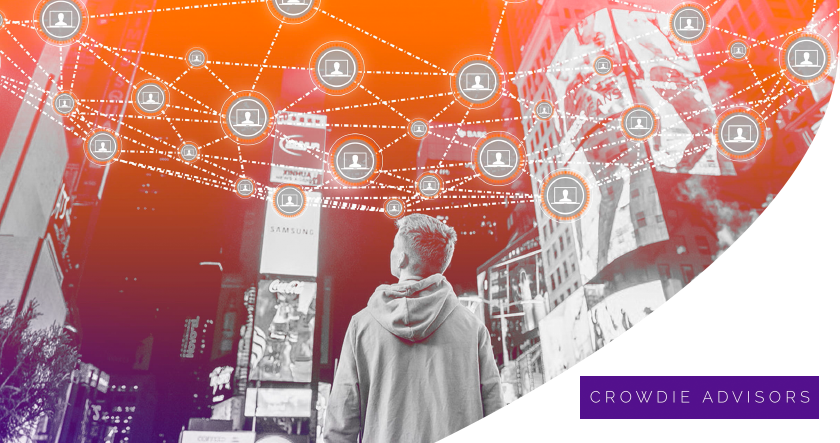 Giving a voice to lawyers who are well-connected within the industry is a powerful way to help drive productive, informed discussions about issues ranging from mass adoption through regulation—all in real-time as crypto and blockchain continue to grow. With background ranging from law through crowdfunding. Maureen Murat of CrowdieAdvisors brought her unique perspective to the table. Read on to discover what she considers to be the highest priorities and biggest needs to focus on next.

BitIRA: Blockchain and crypto is obviously a space that’s still rapidly evolving, and so is the regulation associated with it. I can imagine that might be challenging even for a lawyer like you. Where do you turn for guidance as you try to navigate this industry?

Maureen: One of the places I do look is online—resources like CoinDesk or DailyHodl—because I know that for a lot of people they go first. Even though I have colleagues who might say, “Why would go online? There is so much misinformation,” I want to see what other people are seeing and then try to help them get away from that misinformation, or even correct it. Sometimes what we consider to be misinformation is often just a different perception of things. It’s not necessarily actual misinformation; we just see it differently. This is something they pretty much drill into you when you go to law school: navigating the disagreements people can have about one thing.

The other thing I do is sign up for notices from certain government agencies, because I know that they are working on this stuff behind the scenes. I signed up for notifications from the SEC and FINRA. FINRA is a financial regulatory authority that does a lot with money transmission type business. FINRA is also the agency that you would turn to if you were creating a crowdfunding platform. You have to be a member of FINRA, or approved by FINRA, to be able to launch your funding portal or platform. So they have a major role in this space; and even though they are not technically part of the SEC, they support a lot of the SEC rules and have enforcement power too.

Oh, and the IRS—they put out notices every so often. They just released one this past fall.

A lot of people are also still writing and publishing their things on LinkedIn or Medium, even though I think this has died down a little bit.

Maureen: I got into it because I started a business called Crowdie Advisors to help people who wanted to raise money via equity crowdfunding, which was a new way for small businesses to raise money if they couldn’t get a loan. Or they couldn’t go the VC route because that wasn’t their model, or VC’s weren’t really looking at whatever they were offering. They weren’t succeeding in that route. And I felt like that was a good way to give, two-sided: (1) for small businesses to raise money. But also (2) for the average person to be able to support businesses in a way they couldn’t before, because they weren’t considered sophisticated investors, etc.

And so while working on that I was in all these tech meetups to try to find clients. And I started meeting people who would mention crypto. I was like, what? What is that? I’ve never heard of that before. And they would start explaining, and that got me to where I was like, okay that doesn’t sound legal at all.

But people seemed to be leaning into it, and so my research and my curiosity got me into it. And then I felt like, even if I’m not the face of this, at the very least I could bring some practicality to this space.

I felt like if we were going to try to get as many people to know about it as possible, then maybe I could talk about it in a practical way. And, yeah it sounds like a scam, and yeah there some scams out here, but that’s true in every space. Crypto is not a scam.

BitIRA: So while sharpening your practical approach to and understanding of crypto, you’ve obviously encountered many people and spoken to them about the subject. What are the most common legal misconceptions that you encounter?

Maureen: One big one is about smart contracts, although I do think it’s died down a little bit. But there was a time when people thought smart contracts would effectively replace the legal profession. I think people have come to realize that smart contracts are not all that sophisticated or smart. They have a lot of work to be done on them. There are lots of holes that need to be plugged in to make sure they are enforceable and actually work—like, for example, that if I make this command, this condition happens, and then something else happens on the other end seamlessly.

What also surprises me is that people assume that if there aren’t any specific cryptocurrency or blockchain privacy rules or laws, then you can kind of “do whatever you want” and “apologize later.” Over time we’re seeing that isn’t the case; for example, even if the IRS doesn’t necessarily explicitly define how you’re supposed to define every last component, you still have to pay taxes—now, or else face the music. As much as crypto is decentralized, these government agencies do have some jurisdiction in how consumers are interacting with these sorts of crypto business, which at the end of the day are a startup or small business trying to make some money.

I think I’ll say one last thing, which relates to dealing with clients. I think there was a time when clients were just going big from what they saw online somewhere, coming at you with grand ideas. Nowadays folks in the industry are more thoughtful about what they’re trying to offer. I really appreciate this because I think we’re past the “craziness,” if you will.

Maureen: One thing I’d like to see is for the lawmakers and stakeholders be more open and flexible in hearing out the people in the space. Right now, we hear a lot about sandboxes as well as different states and councils coming together, but often times the people that are not in the room are the ones you should be hearing. Like the engineers, the ones actually creating and working on these different projects, need to be there. The businesses that are offering this particular service or product have a target market and they’re able to show that there’s a market fit for these types of things, which needs to be factored into policy considerations. Instead, a lot of the regulatory meetings end up being stuffy for lack of a better word because, you know, it’s a lot of the same people talking and not necessarily meeting with actual industry expectations.

I do want these meetings to continue, but with a bias towards action, not just talking about what this is.

The industry needs to remember that regulators are not inherently mean or bad, or don’t want you to innovate. I think the nature of the regulator is to be reserved or conservative, but because of where we are now, that’s not necessarily received favorably—because, secondly, regulators are there to protect consumers and the community.

Maureen: Mass adoption, and not leaving anyone out—because, you know, more often people are left out rather than included in revolutions. I think the next challenge the community/industry should tackle is figuring out a way to be more inclusive, and not necessarily just scratching the surface with these diversity and inclusion initiatives. Actually go into these communities that they are trying to help. There’s this thought that if you are part of the crypto community, it’s going to help underserved communities in a way that they might not have been able to get traditionally. And that’s great, but that’s not going to happen if the people in these communities don’t or can’t know about it. Getting into crypto can be expensive, because when you read about crypto, it’s that I have to have a laptop or Wifi access in order to have a wallet, which you need in order to keep your crypto secure.

It’s so hard to get all these moving pieces together, to get a specific community involved. But the whole point is to get more people involved. If you don’t take into account involving underrepresented or marginalized people, then you won’t have mass adoption—because it won’t be adopted by the masses. So I think that’s one of the challenges that the industry could definitely work on this, because a lot of people who are a part of this industry come from those communities.