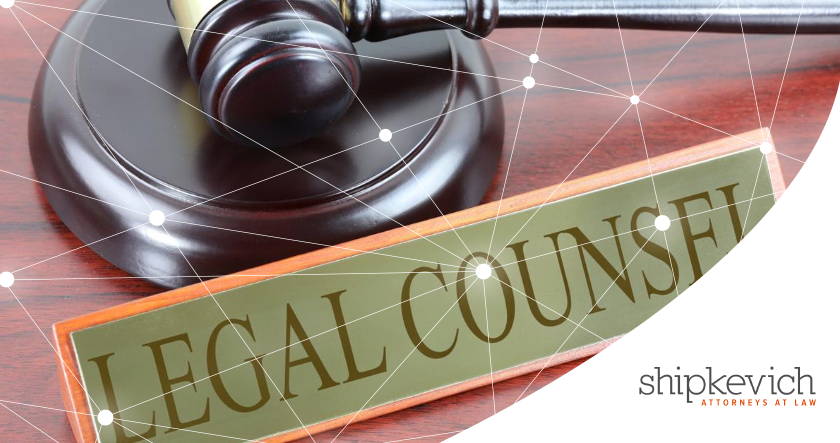 One of the hottest topics in the rapidly evolving world of crypto continues to be regulation. How can it protect participants without violating the principles of decentralization, et al. that have been core values of the industry? How can the global nature of the community be contained alongside consistent policies? Who should be making the regulatory calls?

BitIRA recently spoke with Felix Shipkevich—a principal of Shipkevich PLLC, and one of the world’s leading experts on crypto and blockchain law—so that he could share his insights on the current state of things and critical regulatory next steps.

BitIRA: Blockchain and crypto law is a relatively new specialty that is still developing. What other types of law or even other resources have you turned to for guidance? How did you even begin working in blockchain or crypto to begin with?

Felix: I’ve been in this space for almost a decade, since 2010, which is pretty much from the beginning. when I was the general counsel of a CFTC-registered Ftures Commission Merchant and a Retail Foreign Exchange Dealer.

In 2010, you began to get some interest—not very much mainstream, but some interest—in cryptocurrency, particularly since they are the cousins of the foreign exchange space; consider the nature of bitcoin, for instance. It’s tied to where you’re located, in that you could have a bit-USD transaction, a bit-Euro transaction, and so on. I started looking at it from a regulatory legal point of view in 2010 because a company I worked for at the time was quite interested to offer these products to its customer base.

In terms of what resources, that’s a really great question. I actually teach a course at Hofstra Law School called “The Policy and Business of Cryptocurrencies,” and I just finished updating my syllabus for 2020; there really isn’t a textbook out there. There are a few books put together by professors, but I haven’t come across a specific textbook that would help someone fully understand the scope of the regulatory legal issues or regulators involved. The subject matter is still quite new and is still evolving.

BitIRA: What are some of the most common legal misconceptions you encounter when dealing with blockchain and crypto clients?

Felix: I don’t know if they’re common mistakes per se, but one that I come across quite often involves people who are just beginning to look into the cryptocurrency space. They may have had some experience in this space but for some reason, particularly in the US, many people (including attorneys) believe that cryptocurrencies are more like securities.

In reality, the concept of cryptocurrency—and particularly Bitcoin—was primarily to be a payment instrument, or a medium of exchange. But often when I speak at conferences and I meet individuals who are interested in the space, they immediately think of the Securities and Exchange Commission being the primary regulator. It’s not uncommon for me to speak with individuals who completely ignore the commodities side, and particularly the regulatory purview of this subject matter by the Commodity Futures Trading Commission, and also the payment side, which can be structured and regulated on the state level as well.

BitIRA: You speak of this in terms of the US. What do you see internationally? How is that landscape different?

Felix: I think particularly in jurisdictions like Switzerland, Malta, Bermuda, and a couple of others, the concept of cryptocurrency does not automatically fall into the securities basket. In fact, I think in those jurisdictions the regulators have done a pretty decent job. I specifically mentioned Malta and Bermuda because in these jurisdictions the legislation focuses on acknowledging that these are financial instruments and that they should be regulated, but not automatically as securities—they should be treated more like payment instruments.

Ultimately, if you look at the concept of cryptocurrency and go back to Satoshi Nakamoto’s white paper, it was really meant to be a medium of exchange. It was really never meant to be used as an asset class.

A lot of people are still very skeptical; there are a lot of skeptics out there and rightfully so because of the amount of fraud that has taken place in place within the crypto space. On the other hand, cryptocurrencies are not going to go away; you can’t willfully close your eyes and pretend it’s a passing fad because it’s clearly more than that. We have Wells Fargo and JP Morgan Chase looking to adopt technology based in blockchain or variations of it, and they’re working to develop their own stable coins.

There was an announcement of Gemini looking to have some sort of partnership with State Street, where it’s going to act as custodians for crypto assets, which means that State Street’s customers are interested to trade in cryptocurrencies. So it’s not going to go away; as we see more big banks adapting to this space, I think the skeptics are going to be proven quite wrong.

It would be nice if we had some sensible regulation instead of the bit of chaos that we do here in the US around crypto. If you’re interested in offering cryptocurrency trading in the US, it’s a bit of a nightmare because you have to think of the SEC, the CFTC, FINRA, federal and state regulators, etc.

I think the regulation should really be simplified. I think there should be a self-regulatory organization in the space. The way the legal system was created in the 19th and 20th centuries is not an ideal fit for the multinational, cross-border products that now exist in the 21st century.

In other countries you have the UK FCA, or the Japan Financial Services Authority, and so on; you have these single regulators, and granted they oversee a variety of products, you go straight to one regulator.

It’s only going to be beneficial if we have some type of sensible and level-headed approach to regulating these products, where you’re not running to three to four different regulators to determine whether or not you need to be in compliance with them.

Are we ready for this regulation? Yes. Are we there yet? The answer is no. The industry is still evolving, though.

Felix: I’d like to be able to see how we can help those who are unbanked. And while I’m not a supporter of the Libra efforts, I think that in concept, efforts by a government or governments or not-for-profits to this end would be tackling a very important challenge.

We still have a lot of people who don’t have bank accounts, who don’t trust their banks, and so on. Again, we have to think of it on a global scale, and outside of the US or industrialized countries, a lot of people don’t hold their money in banks but rather in cash. That’s obviously dangerous.

Using cryptocurrency and blockchain services, we could lift many people out of poverty. We could get them to be comfortable depositing their funds and converting their funds into crypto.