Interview With CryptoStache | Innovators in Crypto 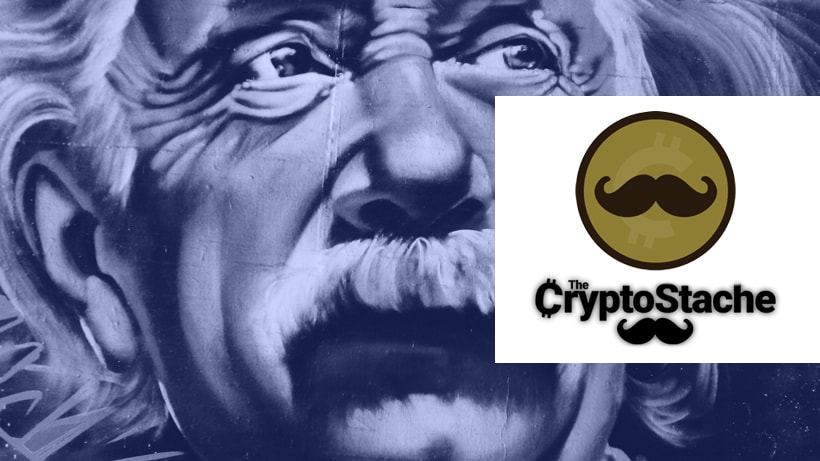 Many new crypto investors ask this: “What is the best way to stash cryptocurrency?” Who better to answer this than “CryptoStache” himself? Shea Newkirk has been writing articles, recording podcasts, and filming videos about cryptocurrency since 2016. Shea loves sharing with others his unique perspective on the crypto industry.

In his video interview with BitIRA below, Shea answers questions about cryptocurrency security and other topics of interest to new crypto investors:

Visit www.CryptoStache.com to see the latest content about crypto from Shea Newkirk (articles, videos, and podcast). A big theme of this video interview was cryptocurrency security.

To learn in more depth about how you as an investor can protect your digital assets, read BitIRA’s Cryptocurrency Security Guide. Also, check out our new article about the state of cryptocurrency regulations to date.

The transcript from CryptoStache’s video interview is below:

CryptoStache: “Hey there crypto friends, the CryptoStache here, and I have a couple of questions from my friends over at BitIRA.com. So I wanted to just go over here in a video format, and hopefully you guys get a little bit of insight into exactly what I do in the crypto space and some of my background. And so let’s jump right into it.

The guys from BitIRA asked, “Tell us a bit about your background and experience what led you to crypto.”

So my background experience is in the tech sector. I grew up coding websites. I was actually self-taught and started coding websites around the age of 16, and I’ve always been kind of a tech person. So when I was just kind of strolling around some internet forums one day, I came across Bitcoin in like 2012 and I thought it was kind of a novel idea, and then I realized there’s also Litecoin which was interesting as well (but I kind of passed it over at that time). Then at the end of 2013, I took a second look at it because I saw a little bit more about it (one of my friends had said something about it online). And I went and took a second look at Bitcoin, and that’s when I really discovered what blockchain technology was and exactly what that meant (and really dove into the whole idea behind blockchain, the ethos of Bitcoin, which is something I had never really looked at before). That’s the first time I read Satoshi’s white paper, and that was really what jumpstarted me to get into the crypto world.

And so I invested right there at the end of 2013, beginning of 2014, with my first bitcoin. And I kind of just sat on it from there, and I didn’t really do anything for a couple of years. It wasn’t something I shared with a lot of friends; I didn’t really talk about it online very often. And then in 2016, I decided I was going to start my blog, CryptoStache.com, to help fellow beginners in the whole crypto currency space get started with crypto. And it kind of started as more of something that I was trying to show to my friends, and then it snowballed into something a little bit bigger. Now I do in-person classes, and that’s kind of where I got started with crypto and what really led me into doing this. So now I’ve been running my blog and helping beginners get into the crypto space for a couple of years now. (like I said, running in-person classes, and I also do online video content and video courses as well).

So I kind of positioned myself as being a crypto educator and consultant. In my current business, I actually do run a small web development company here in Long Beach California. So I do a lot of e-commerce projects and I help a lot of my clients do crypto-type business aspects to their e-commerce stores as well. So that’s a little bit about my background and exactly where I come from in crypto.

The next question they ask is, “What is the most common type of question you get from beginners to crypto for crypto investing?”

Well I think that there’s always a lot of really big questions when you’re first getting into it. I think one of the most important questions that a lot of people always ask me is, “How do I cash out?” “How do I take this money?” “Where’s the value?” I guess really is the big bigger question. Where’s the value? What gives bitcoin actual value? And this is something that a lot of beginners struggle with when they think about bitcoin being an all digital asset. A lot of people say, “Well if it’s not paper and I can’t hold it in my hand, then it’s not real.” And I kind of laugh at that because, in general, most of the reserves or the USD out there (or most currencies in general, not just the United States dollar) are actually digital assets. There’s not enough physical paper dollars to account for every dollar that someone holds across the world.

So, just let that sink in for a little bit, and I let them think about it. OK, well, if every person that had money in a bank account–which is a digital representation of that money–wanted to try and pull that out and get actual physical dollars, it could never, ever happen. And so you really look at it in a different way, and you start to understand that most of our wealth and assets like that are not physical. They’re actually digital assets.

And also I explain a little bit about it being an immutable form of currency that is censorship-resistant. So that’s also a big deal to me as well. I always focus on the censhorship-resistance. But that’s certainly the biggest question I get as people are trying to equate what actually gives it value, and it comes down to, simply, that we can value it (the people who use it), and it’s the same thing with the U.S. dollar. There’s nothing that actually gives the U.S. dollar value except the United States government says, “this is good, you need to accept this”. And what that really means is that we have a large military that backs that up, and if you don’t accept it then there may be problems.

But, in general, people take it as just being something that is worth a certain amount of value. And we know because we use it, it’s given value through that process. So, I think that’s the biggest question on the minds of a lot of beginners: “What actually gives crypto currencies or bitcoin in general value?” That’s definitely the big question, and it’s a hard one for people to actually understand and to explain as well, because then people want to try and get more minute details of it, but that’s what gives anything value. You look at buying something on eBay. Well, what’s setting the value for any of those things? Well, we give it a value, and so it’s what someone’s willing to pay for it. And that’s kind of where we’re at right now with Bitcoin as well. I think we’ve seen a lot of price increases because of that. People understand there’s digital scarcity there and they want a little piece of that.

So, the next question from the guys at BitIRA asks, “As a new crypto investor becomes more active, what is the strongest security tip that you’d give?”

So I really try and focus on security as a very heavy huge part of my training, my classes, and just in general in my online content. There are so many beginners that come into this space, and, because they don’t understand the basic security of how things work within the crypto space, they end up losing coins, they send coins to the wrong address, or they get scammed or phished out of coins (because they don’t understand exactly how volatile this space is and how susceptible you can be to being scammed or losing your coins).

So I think that the strongest security tip I can say is, when you transfer your money, always double check to make sure that it’s going to the right place. And, in general, I always say to make sure to keep the bulk of your funds in cold storage (some sort of cold storage, whether it be a hardware wallet or a paper wallet but definitely something that is not connected to the internet because that’s when you start having all these vulnerabilities). And, so, I have different levels of storage. I have the bulk of my funds socked away into cold storage, then I have a hot wallet where I keep a smaller amount of funds that I use for trading, and then I may have a Dapple/MetaMask where I use it for interacting with some of my favorite DApps online. So it really comes down to doing your homework in general.

I think that understanding what’s out there and what’s possible [is important and] don’t get greedy. I think a lot of people get greedy. If it’s too good to be true, most likely it is. And, so, as far as security goes, I would say always double check and make sure you’re using cold storage. That’s my biggest security tip I can give to beginners, especially if you’re starting off with a large sum of an investment. If you’re starting with a smaller investment, it’s not as big of a deal, but it’s definitely something you want to look at down the line.

So, the last question that we’re going to end with is, they ask: “As we look forward into 2019 and beyond, what new trends do you see in the digital currency markets?”

Well, personally, I feel like right now we’ve had this explosion of coins and there’s a lot of projects out there and there’s a little bit of saturation. So I think that we’re going to see a pretty large pullback with a lot of these coins starting to go by the wayside and the scene becoming a little bit tighter. I think that we’re going to see more institutional investment coming into play. So, hopefully [we’ll be] looking at ETFs and other kinds of vehicles for larger institutional investors to actually put their money into crypto currencies without having exposure to the volatility that we have right now.

So those are a couple of trends that I see pushing toward 2019 and toward exposure next year. And I think that, in general, anything can happen. The cryptocurrency world changes really fast, and it’s a very fast-paced environment. Every day I feel like I’ve got to learn something new to keep pace with what’s going on. And that’s one of the things I really love about it.

There is a lot going on. So, if you’re just starting to get into the crypto space, definitely check out some of the resources I have on my website that can help you get started. And do a lot of your own research, too. I really encourage you to go out there and just give it a whirl and just dive in (but also be cautious, be secure, and make sure you keep your assets close to home). Don’t give away those private keys.

So, I think that’s all we have today. I want to thank the BitIRA guys for having me on this video interview, and I look for a little bit more questions and collaboration coming soon. That’s all for today, but until next time, ‘Stache That Crypto Friends.”