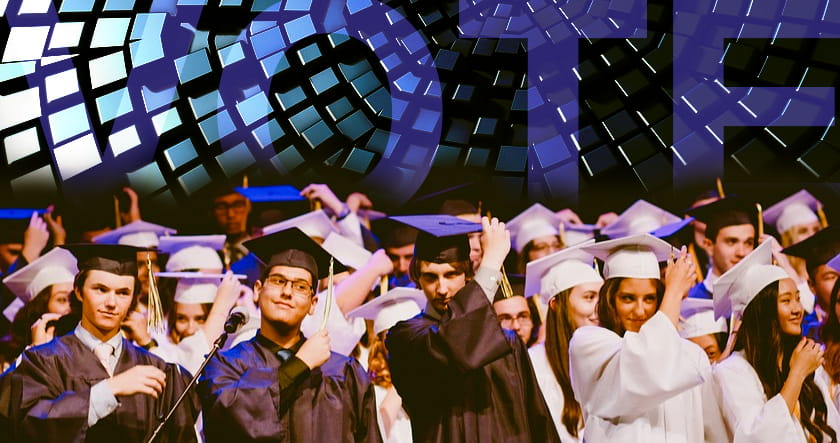 BitIRA is happy to announce that Noah Covey is the winner of the BitIRA U Scholarship for January 2019. The scholarship is for college students and high school seniors in their senior year that write an excellent essay how blockchain will shape the world in the next 20 years. Noah is a high school senior in Georgia, and his essay about blockchain and elections is below:

The past few years have seen a dramatic rise in public awareness of blockchain technology. During the Bitcoin bubble of 2017, ordinary people were investigating and investing in blockchain-powered cryptocurrencies for the first time. Around the time of the peak of Bitcoin’s value, random non-tech companies that added the word “blockchain” to their name (“Long Island Iced Tea” became “Long Blockchain Corp.”) skyrocketed in market value. As unsustainable as this bubble was, it marked the first time the public recognized the unique advantages of blockchains. Over the next two decades, the power of blockchain technology could transform both the public and private sectors.

This technology’s power comes from blockchain’s decentralized and tamper-proof nature. Because no single computer controls the entire blockchain network, no one person or company can alter the chain without every computer in the network knowing that nefarious activity is occurring.

Based on my experiences with political activism and working on U.S. elections, I think one of the least-discussed yet revolutionary uses of blockchain over the next 20 years could be in verifying election results, which is critical for governments worldwide. Over the past semester, I have been collaborating with a friend on a project called 50Fifty. 50Fifty is a website (www.50fifty.us) that uses machine learning to generate predictions for elections at all levels of government, from state legislatures to governorships to the U.S. Congress. As I was collecting the voting data that powers the machine learning model, I realized that every state has different election protocols, different vote counting guidelines, and different methods to verify and recount results.

And then, following the midterm elections this past November, the flaws in America’s voting systems were starkly revealed. There were accusation-riddled recounts in Florida. In California, there were races that flipped from one party to the other weeks after election day, only after absentee votes were fully counted. And there was possible election fraud uncovered in North Carolina. Of course, questionable election results, rigged voting, and unverified vote counts are common problems outside the United States.

It became clear to me that the United States, and the rest of the world, needs a new, standardized, easily verifiable method to conduct elections. And blockchain is the perfect solution. Imagine having every vote added as a record to a block on an election blockchain. Changing the results would be impossible, and everyone would have equal access to those results.

If blockchain is employed by governments to verify elections in future years, it will become a model for private businesses of the technology’s merits. Companies will be more confident implementing it in order to keep a dependable record of transactions, client information, or product history.

Blockchain has the potential to disrupt and improve many industries in the coming two decades. For example, banks can utilize it to ensure the integrity of financial records. Manufacturers can employ it to verify the history of a product, confirming it was not produced with materials from war-torn countries or manufactured in an oppressive sweatshop. Another important application is the ability for businesses to secure investment and funding more easily and with less complicated contracts, allowing much more rapid growth and investment in new companies. As blockchain technology spreads, it will likely lead to another influx of startup companies like during the dot-com boom. With this technology’s impact felt across many industries and governments, the world after the blockchain revolution likely will look very different than it did before.

Note: The BitIRA U Scholarship is awarded twice a year (Summer and Winter). The deadline for the next award will be September 30, 2019, and students are encouraged to visit the BitIRA U scholarship webpage to learn more about the opportunity and apply.